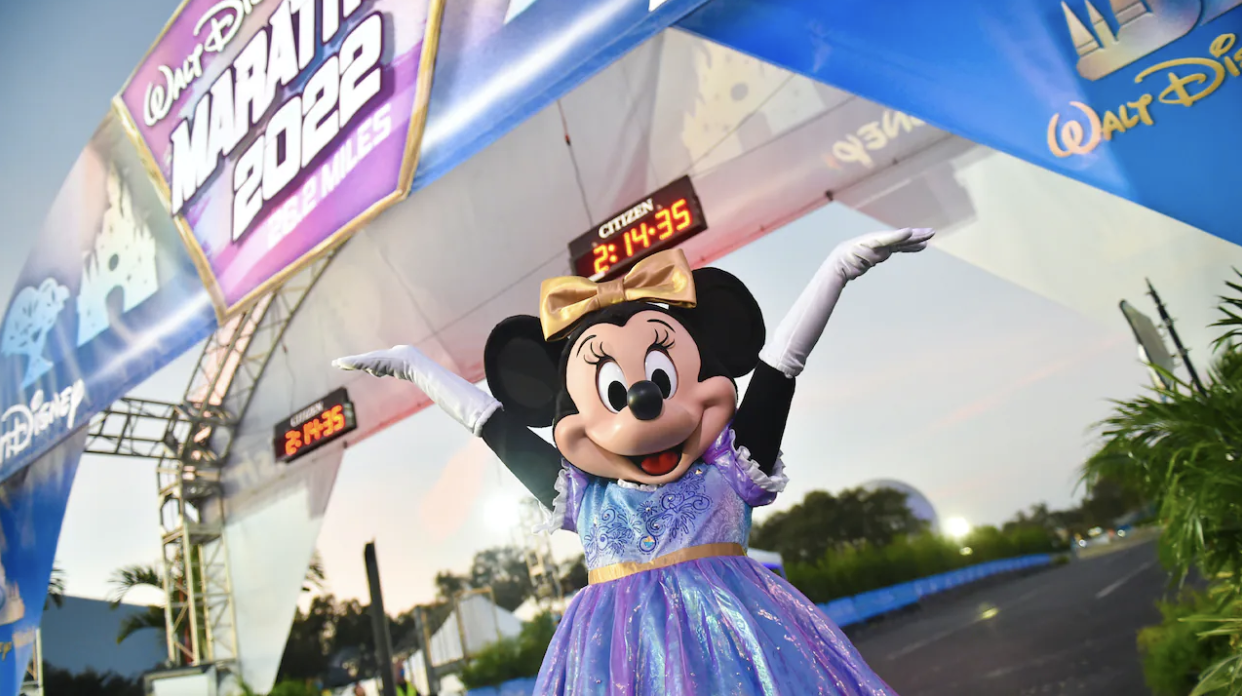 Every mile was truly magic this past weekend during the runDisney 2022 Walt Disney World Marathon Weekend! Filled with runners donning their EARidescent best and courses running through The World’s Most Magical Celebration, there were many memories and fairytale finishes made. The premier endurance race weekend featured four events, including the Walt Disney World Half Marathon which celebrated its 25th anniversary, and two multi-race challenges putting runners to the test.

Speaking of testing skills, it was a historic runDisney weekend with one finisher of the Dopey Challenge running into the record books. The Dopey Challenge is the ultimate challenge, having runners complete 48.6 miles in four consecutive days through a 5K, 10K, Half, and Full Marathon.

With an impressive final finish at the Walt Disney World Marathon on Sunday, Colorado runner Brittany Charboneau won the women’s division of all four events making her the first person to complete a four-race sweep in the challenge’s nine-year history. “This is so special. I mean, it’s once in a lifetime. I won’t get this ever again,’’ Charboneau said. “Honestly, I will treasure this forever. This is going to go down as one of the biggest highlights ever.’’

2022 is off to a running start as the second runDisney race event of the season comes to a close. A big congratulations to all runners of the 2022 Walt Disney World Marathon Weekend! You can still join in the runDisney race weekend fun with two more upcoming events, the Disney Princess Half Marathon Weekend presented by CORKCICLE (Feb. 24-27) and the runDisney Springtime Surprise Weekend (March 31 – April 3). Both weekends have limited availability remaining so head to runDisney.com to register today.