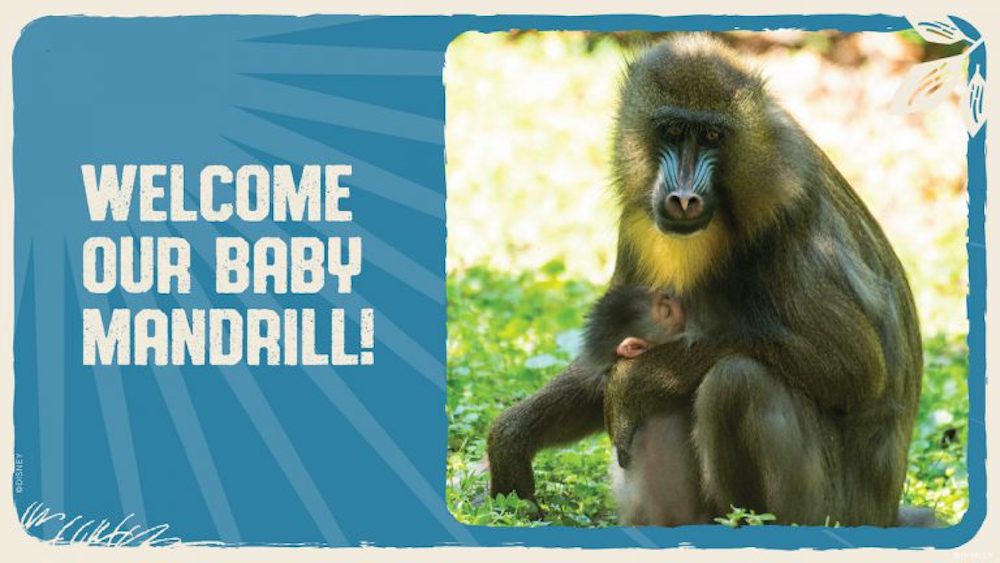 A baby mandrill has joined the family at Disney’s Animal Kingdom Theme Park. And what better time than during Earth Month?

In the spirit of the mystical mandrill Rafiki, join us in honoring the circle of life as we celebrate the arrival of this adorable newborn. The little girl was born on Saturday, April 10, 2021 to first-time mom Hazel and dad Linus. Cast members named the infant Ivy to fit in with the rest of her colorful family – Olive, Scarlett, Snow and Hazel.

We’re so excited to share this news and report that mom and newborn are healthy and bonding. Both have already been spotted by Guests on Kilimanjaro Safaris. Guests might see the shy baby clinging to Hazel’s stomach, a natural bonding behavior. But this will change soon as the baby begins to walk within weeks of being born, spending most of the time walking underneath mom. The baby joins the troop of seven other mandrills that call Disney’s Animal Kingdom home. 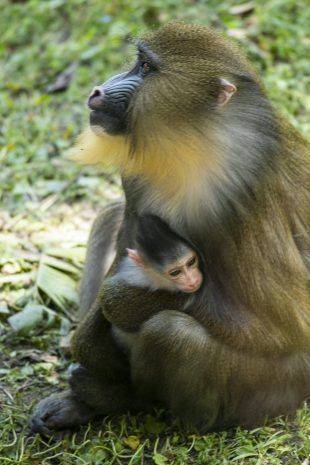 Here are some interesting facts about one of the most colorful mammals found in nature. Mandrills typically have a six-month gestation period. In the mandrill social structure, females take on the majority of parental responsibilities, including grooming, nursing, and carrying the young.  When Guests spot the mandrills, they may see them grooming one another, a behavior that promotes social bonding.

While our new arrival weighed in between 1-2 pounds, mandrills are actually the largest species of monkey. They’re also a vulnerable species found in African rainforests along the equator where their habitat is disappearing because of deforestation and poaching. 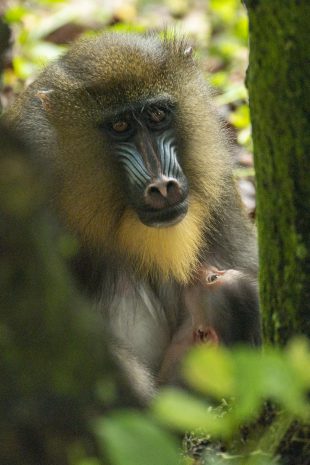 This birth is an example of how our dedicated and highly trained team of Disney animal care experts works with the Association of Zoos and Aquariums on Species Survival Plans.  With this birth, the troop at Disney’s Animal Kingdom now includes four generations of mandrills from the same family, mirroring the social system of mandrills found in the wild.