More Fan-Favorite Entertainment Returns to Disneyland Resort in 2022, Including ‘Celebrate Gospel’ and ‘Tale of the Lion King’ 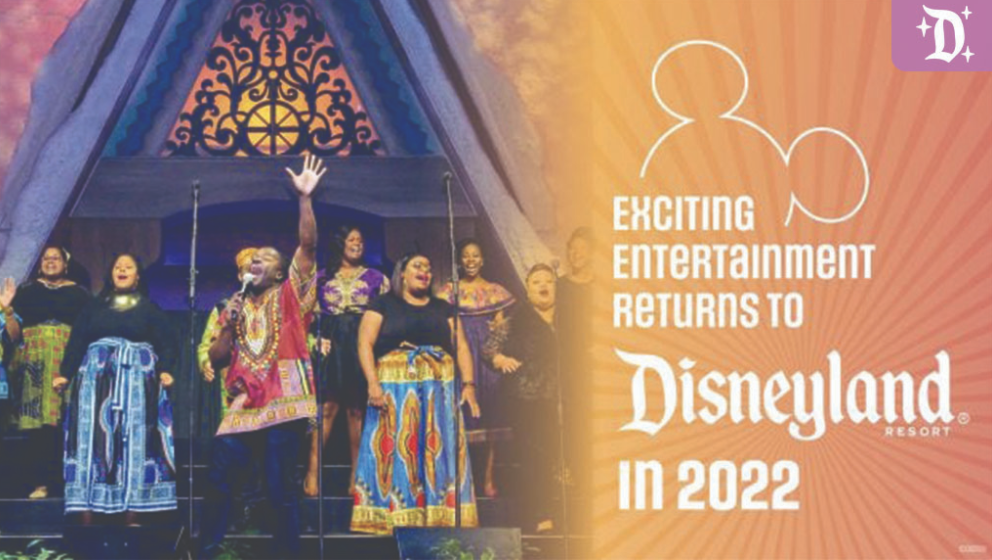 Whether it’s a parade, show or musical performance, the entertainment at the Disneyland Resort is always a must-see. Disney live entertainment has a way of making Guests’ visit to the resort extra magical!

Since reopening the Disneyland Resort earlier this year, we’ve been able to bring back lots of fan-favorite entertainment, from the Disneyland Band to “Disney Junior Dance Party!,” plus lots of current holiday offerings including “A Christmas Fantasy” parade and “Believe…In Holiday Magic” fireworks at Disneyland park to “Disney ¡Viva Navidad!” street party and “Mickey’s Happy Holidays” over at Disney California Adventure park.

We’re thrilled to announce that even more entertainment will be returning to the Disneyland Resort in 2022! An expanded “Celebrate Gospel!” musical celebration will come to Disneyland park in February, and this spring, “Tale of the Lion King” will return, but this time to the Fantasyland Theater at Disneyland park. Plus, cherished nighttime spectaculars will return this spring to both Disneyland and Disney California Adventure. Read a bit more about each, below! 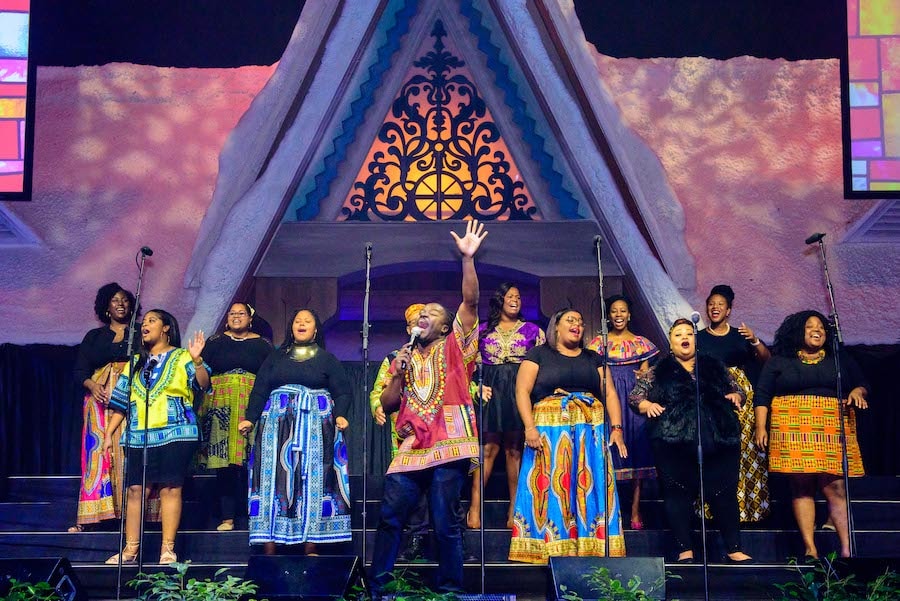 Disneyland Resort will celebrate the soulful spirit of Gospel music with the return of “Celebrate Gospel!” In 2022, “Celebrate Gospel!” will expand and feature live choir performances, each sharing its own distinctive style and inspiration. This powerful event moves to the Fantasyland Theater at Disneyland park where guests will be able to enjoy uplifting choir performances on select days during the month of February. 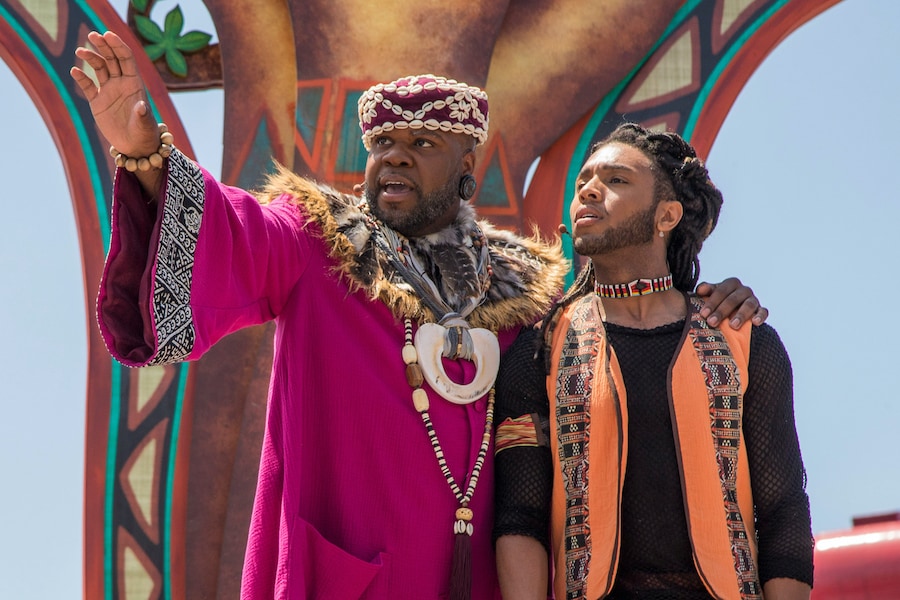 “Tale of the Lion King”

This spring, the Fantasyland Theater at Disneyland park will become home to “Tale of the Lion King,” an imaginative adaptation of Disney’s “The Lion King.” A hit with Guests when it debuted in 2019 at Disney California Adventure park, “Tale of the Lion King” is brought to life by the Storytellers of the Pride Lands, a troupe of traveling performers who present Simba’s beloved and timeless journey in a unique story-theater style with live music and dance. 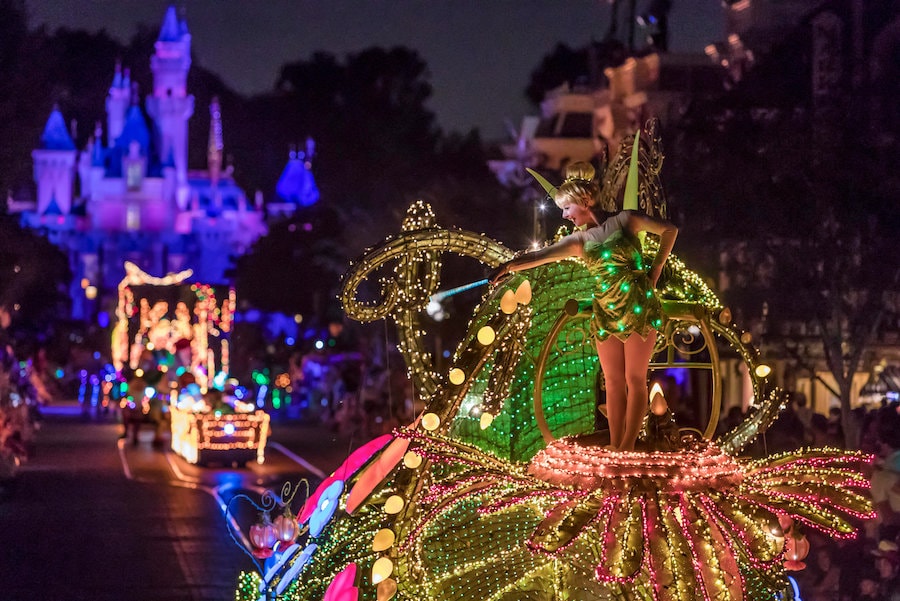 In time to celebrate its 50th anniversary, the “Main Street Electrical Parade” will make its grand return to Disneyland park! This spectacular pageant of nighttime magic and imagination will be led by the iconic train and drum unit featuring Mickey Mouse, Minnie Mouse and Goofy, and proclaiming in lights: “Disneyland Presents – Main Street Electrical Parade.” The parade brings back many Guest favorites including Elliot the Dragon and floats from “Alice in Wonderland,” “Cinderella” and “Peter Pan.” 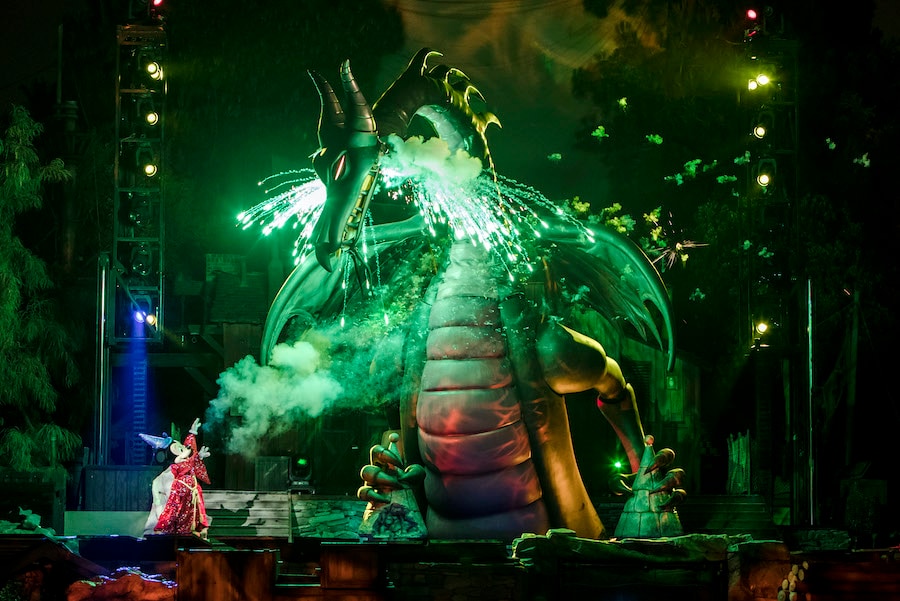 “Fantasmic!” ­has been a “must-see” show for Guests for nearly 30 years at Disneyland park. Disney’s longest-running nighttime spectacular is an emotional, energy-filled extravaganza of colorful Disney animated film images, choreographed to an exciting musical score. The waters of the Rivers of America come alive as Mickey Mouse’s power of imagination enables him to create fantastic events and images as seen in some of our most beloved Disney classic films such as “Fantasia,” “The Jungle Book,” “The Little Mermaid” and more. The original fanfare and theme song make this show a Disneyland classic. 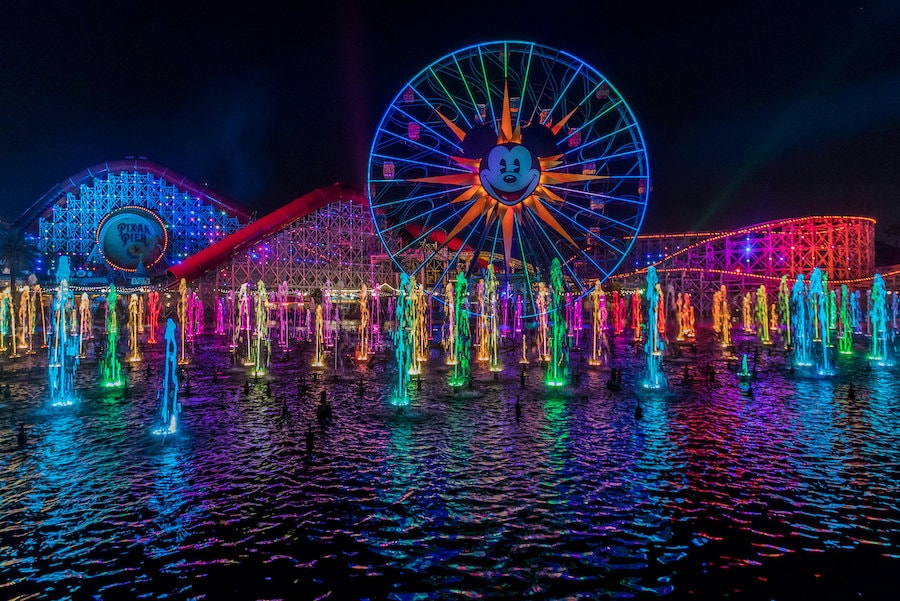 Guests also will be thrilled to gather around Paradise Bay at Disney California Adventure park this spring to enjoy “World of Color,” a unique combination of music, fire, fog and laser effects, with Disney animation projected on an immense screen of water. The unforgettable kaleidoscope of color has enthralled millions of Guests at Disney California Adventure as it brings the magic and fun of Disney and Pixar films to life ­– all set to a soaring soundtrack. Audiences are immersed in some favorite Disney stories with memorable sequences of animation and music, including scenes like WALL-E and Eve zipping through the cosmos and Pocahontas exploring just around the riverbend. 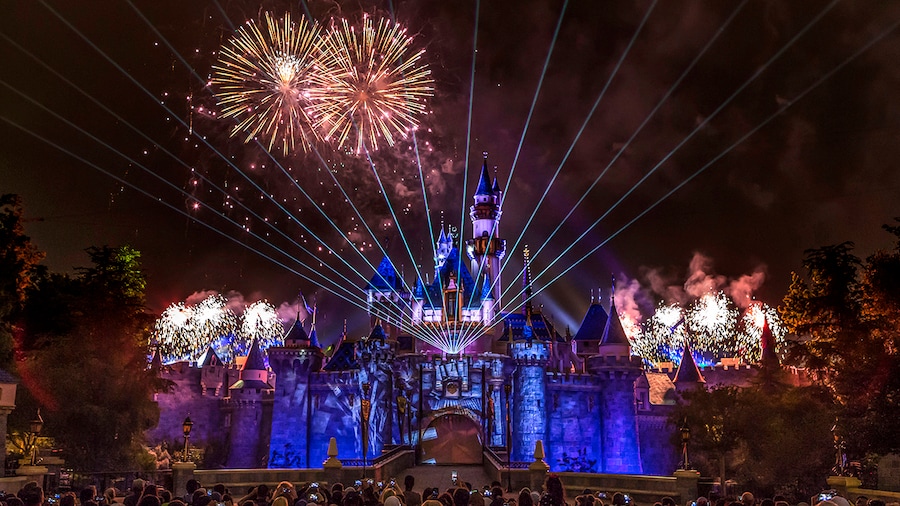 “Disneyland Forever” is a sky-high celebration filled with sparkling pyrotechnics and immersive projections that envelop Guests in a breathtaking journey with surprising special effects. Main Street, U.S.A., and a few other spots in Disneyland park become a magical canvas as Guests are swept into a world of dreams, from flying above the London skyline with “Peter Pan” to a dance with King Louie in “The Jungle Book.” Two original songs, “Live the Magic” and the inspiring closing song “Kiss Goodnight,” were written by Disney Legend Richard Sherman.

We’ll share additional details about the return of each of these exciting entertainment offerings soon – so Guests should keep their eyes peeled for more!