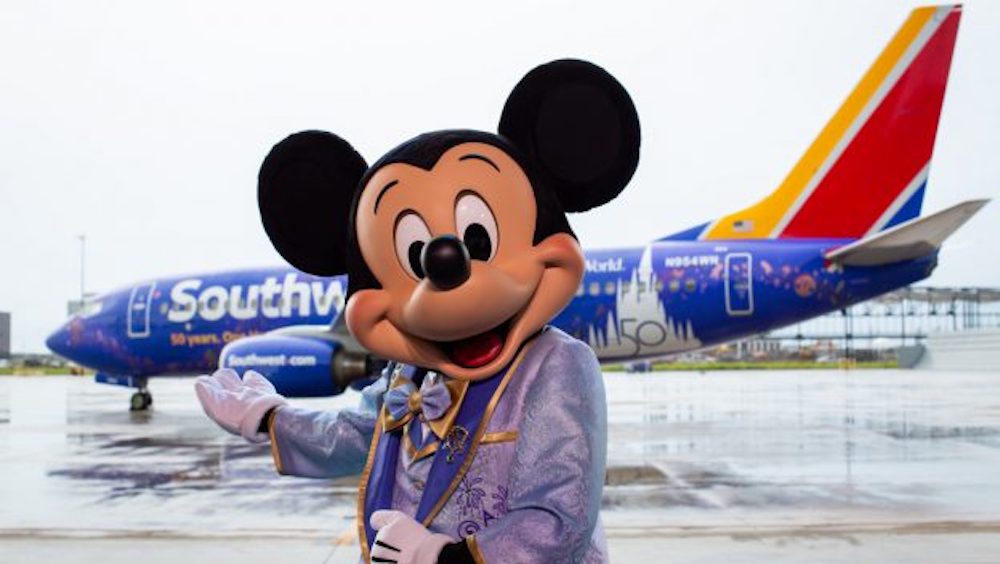 We have some exciting – you might say lofty – news to share. “The World’s Most Magical Celebration” honoring the past, present and future of Walt Disney World Resort on its 50thanniversary, is taking to the skies!

Today’s surprise reveal at Hobby Airport filled the hangar with the joyful sounds of music and included Mickey Mouse and Minnie Mouse in the EARidescent fashions they’ll wear throughout the 18-month celebration in Florida, beginning Oct. 1. Southwest also celebrates 50 years of flying in 2021, so this special aircraft is a double scoop of festive for two great brands. 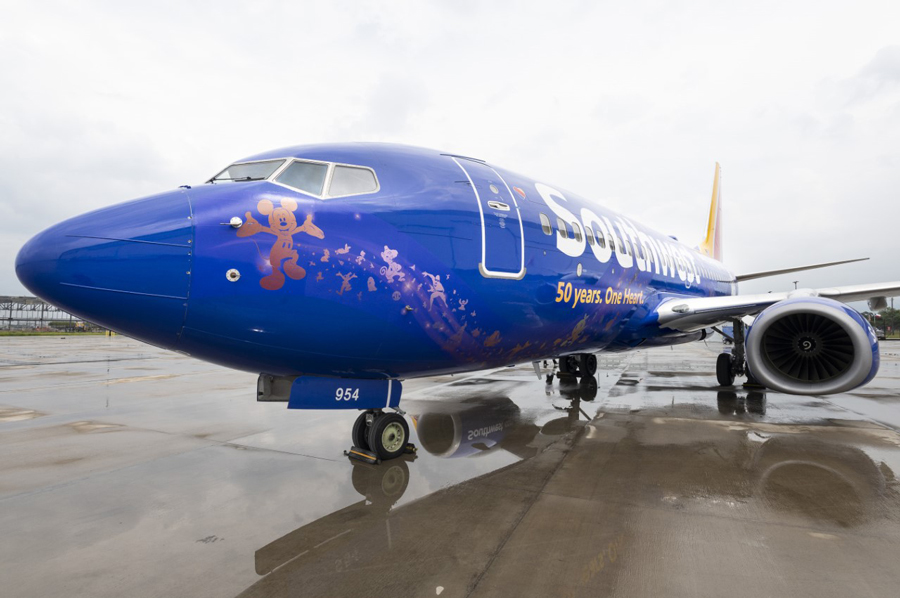 To underscore the collaboration, the decorated plane flew its maiden flight to Orlando International Airport, where the arrival experience has been transformed with fantastical Walt Disney World Resort 50th anniversary celebration décor.

So now “The World’s Most Magical Celebration” extends to the land AND the sky.  Let the celebration begin, and congrats to Southwest Airlines for 50 years.