No Such Thing as Too Much Fun: Disney Wish Will Deliver Endless Entertainment for Families to Delight in Disney Storytelling Together 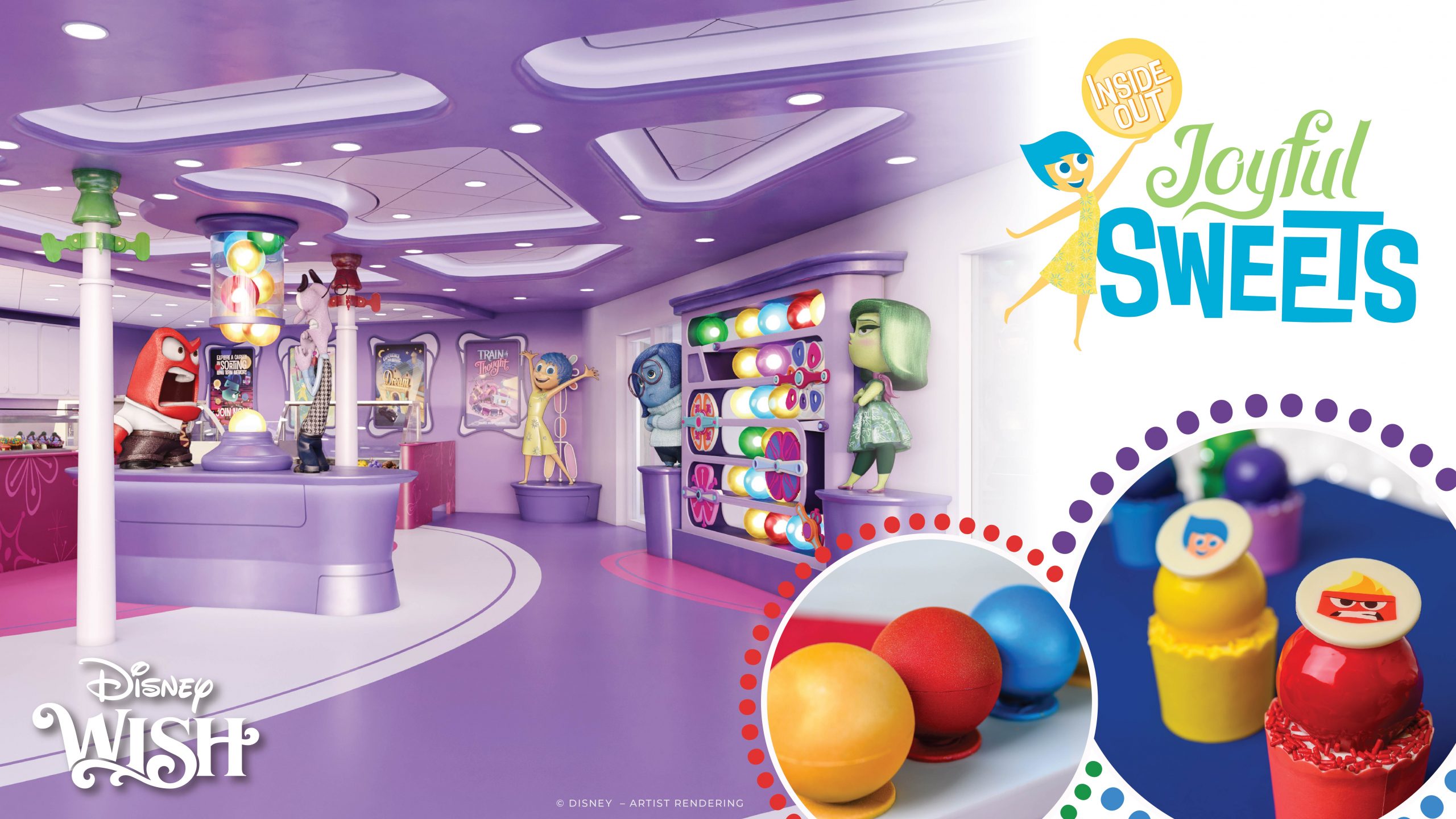 New enchantment awaits families aboard the Disney Wish, setting sail this July. From indulging in “Inside Out”-inspired treats to going on a picnic with “Frozen” friends to immersive shows featuring Disney Princesses, villains and heroes, the newest Disney Cruise Line ship has been expertly designed to deliver endless fun for the whole family. 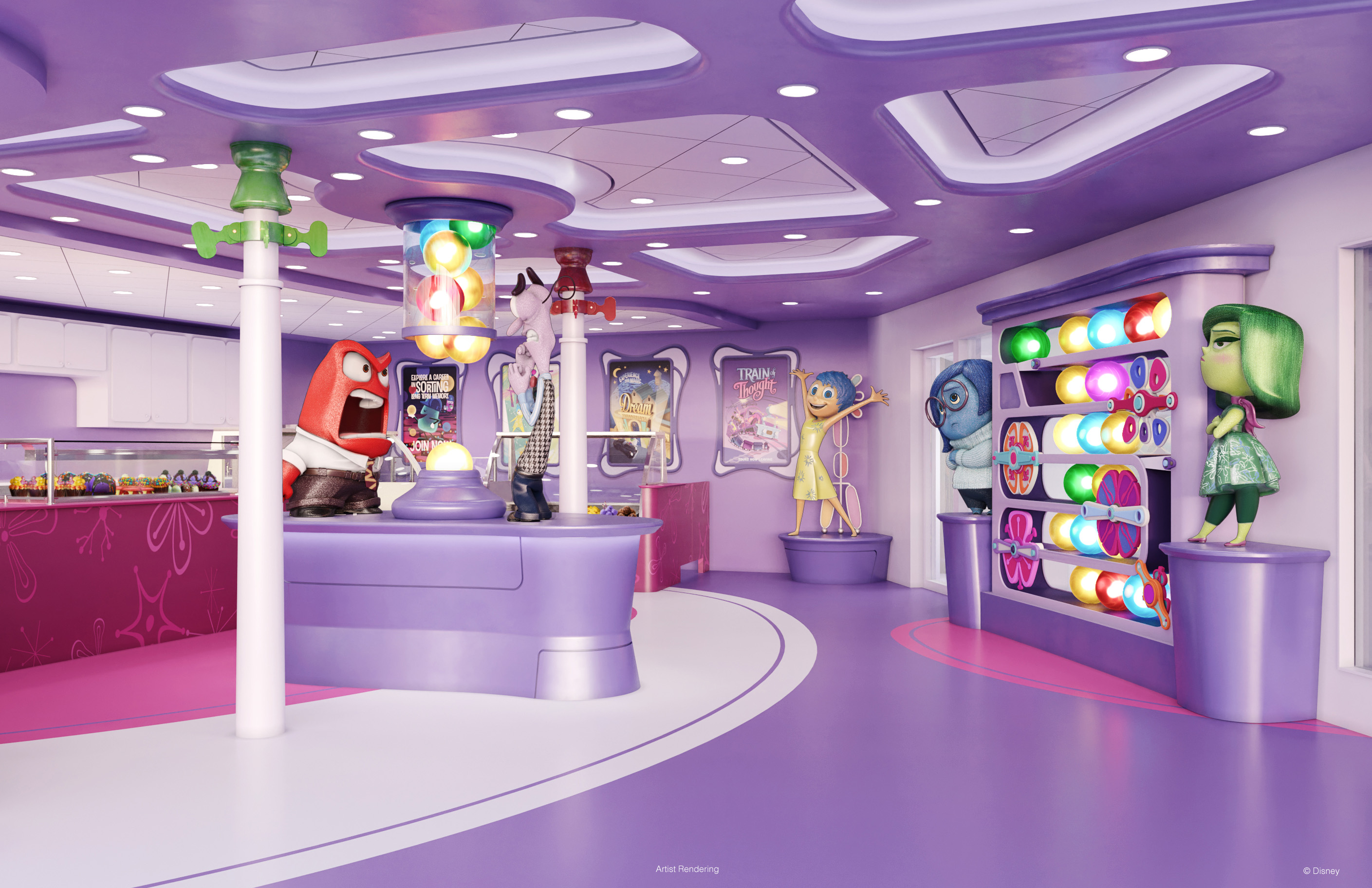 Inside Out: Joyful Sweets
The shop will offer nearly 40 flavors of gelato and ice cream, with daily handcrafted gelato specials in decadent combinations like peanut butter pretzel and white chocolate raspberry. Whipped cream, fruit compotes and sauces will be freshly made in-house to complement a wide selection of tasty toppings.

Olaf’s Royal Picnic
For the first time ever, guests can join their favorite “Frozen” friends for a summertime picnic in Arendelle during a premium entertainment experience specially designed for families with children ages 3 to 12. At Olaf’s Royal Picnic, guests will interact with Olaf, Anna, Elsa and Kristoff like never before and delight in live musical performances of beloved songs like “Let It Go,” “Fixer Upper” and “In Summer.”

Under the expert direction of Baroness Dagmar Birgir — a lively lady-in-waiting to Queen Anna — castle staff will serve up delicious summer treats and picnic fare for the whole family to enjoy. The hall will be decked out in summer splendor just for the occasion, with a canopy of colorful flowers among the festive decor. Children will receive an assortment of gifts and keepsakes, including a reversible troll plush, themed picnic blanket and custom Nordic-style mandolin, which they’ll need for a special “Reindeer(s) Are Better Than People” strum-and-sing-along with Kristoff. What’s more, from royal proclamations to unexpected visitors, the show will be jam-packed with surprises worth melting for.

Guests who have booked a Disney Wish cruise may reserve Olaf’s Royal Picnic before their sailing for an additional fee. 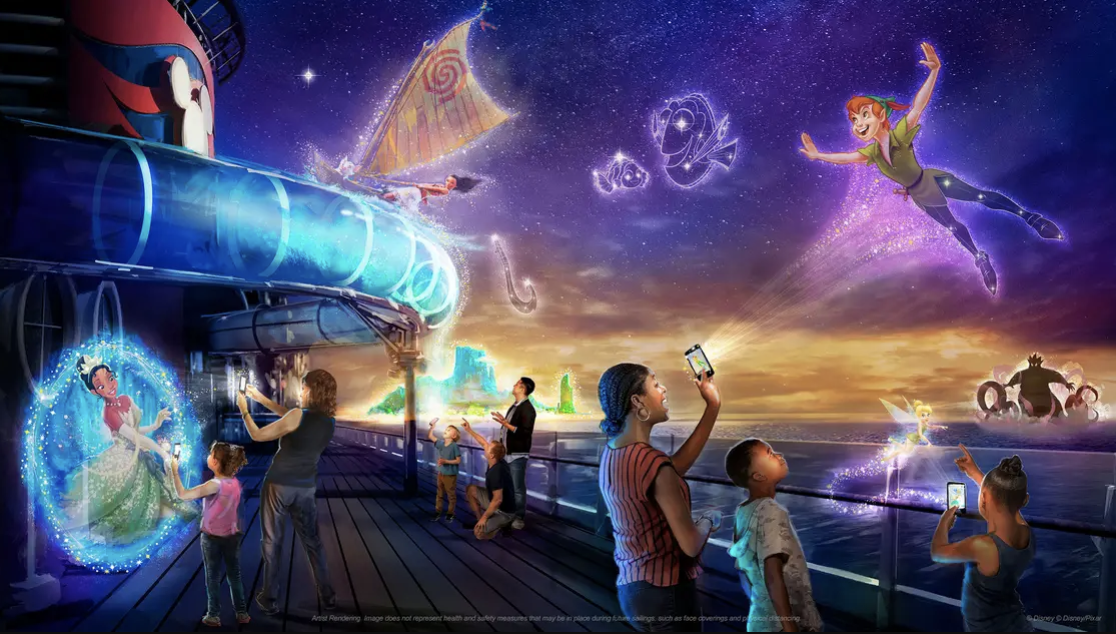 Immersive Storytelling and Interactive Shows
As previously announced, Disney Cruise Line is combining innovative design and technology to create the next generation of family entertainment venues aboard the Disney Wish: Grand Hall, Luna and Hero Zone. These imaginative environments will come to life with immersive storytelling and interactive shows that put families front and center as they play a part in the magic. 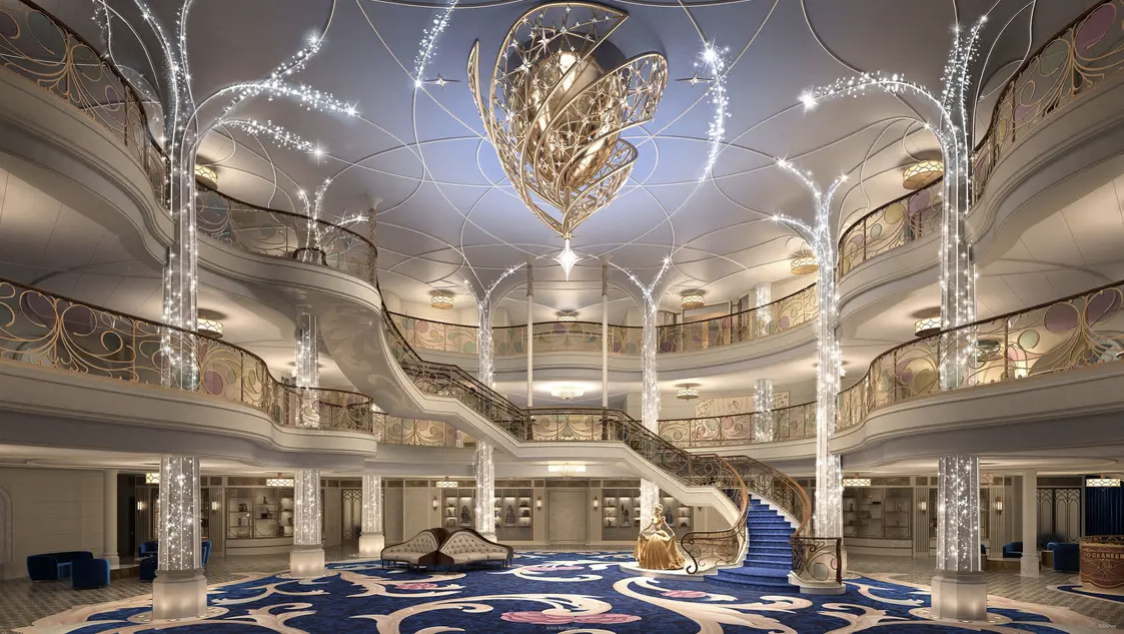 Grand Hall
The fairytale castle-inspired Grand Hall will evolve from a gathering space into an enchanting theater through the magic of built-in special effects and the first-ever atrium stage on a Disney ship. 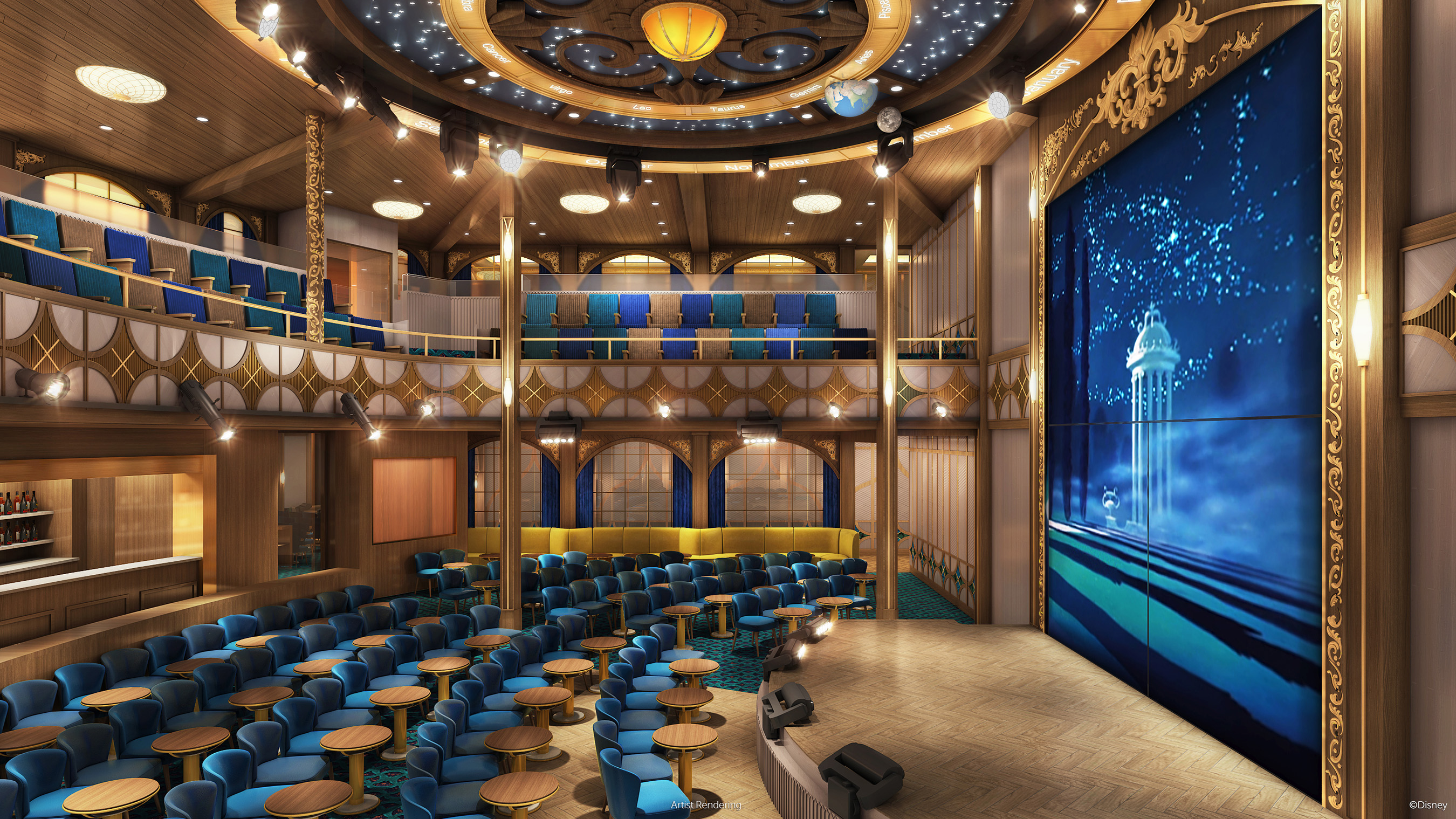 Luna
This brand-new entertainment hub — outfitted with a two-story LED screen wall, stage and bar — will offer a variety of live shows designed for families to laugh, sing and compete together. 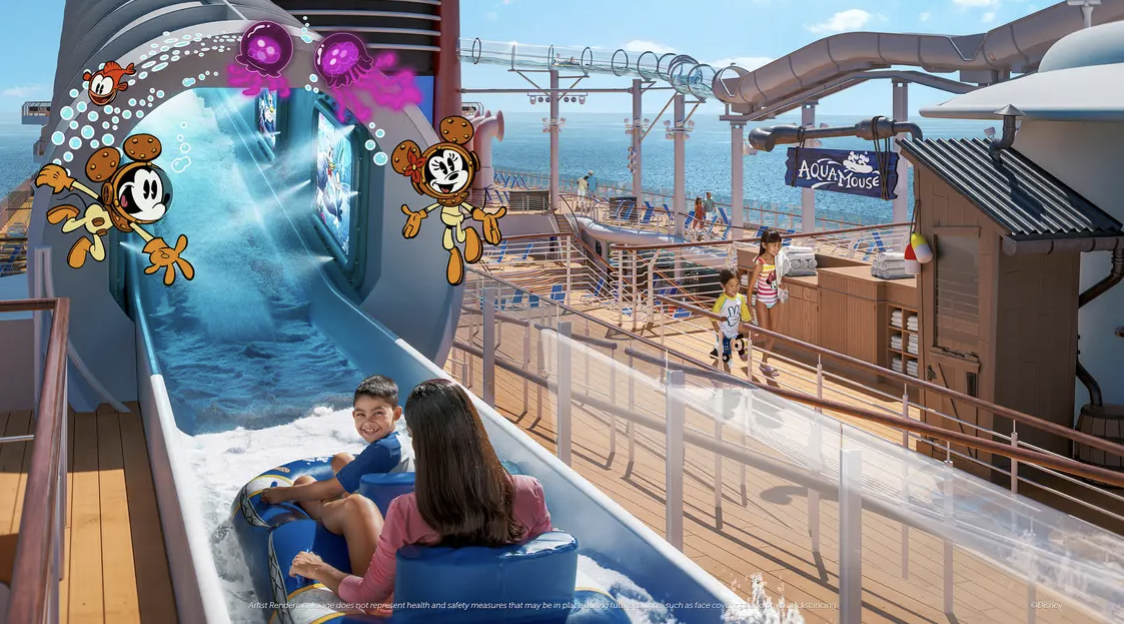 More Fun Throughout the Ship
In true Disney Cruise Line fashion, the Disney Wish will offer a robust menu of world-class entertainment infused with more Disney storytelling, bringing to life the fantastical worlds and beloved characters at the heart of Disney, Pixar, Marvel and Star Wars adventures like never before. Families will embark on a splashtacular adventure with Mickey Mouse and Minnie Mouse aboard the first-ever Disney attraction at sea; revel in a royal celebration during a theatrical dining experience with “Frozen” friends; team up with the Avengers on a Marvel cinematic dining adventure; travel to a galaxy far, far away in a first-of-its-kind Star Wars experience on board a Disney ship; delight in an original, Broadway-style theatrical production of “The Little Mermaid”; and so much more.

Maiden Voyage and Inaugural Season
The Disney Wish will sail its maiden voyage on July 14, followed by a season of three- and four-night cruises to Nassau, Bahamas, and Disney’s private island, Castaway Cay, from Port Canaveral, Florida.