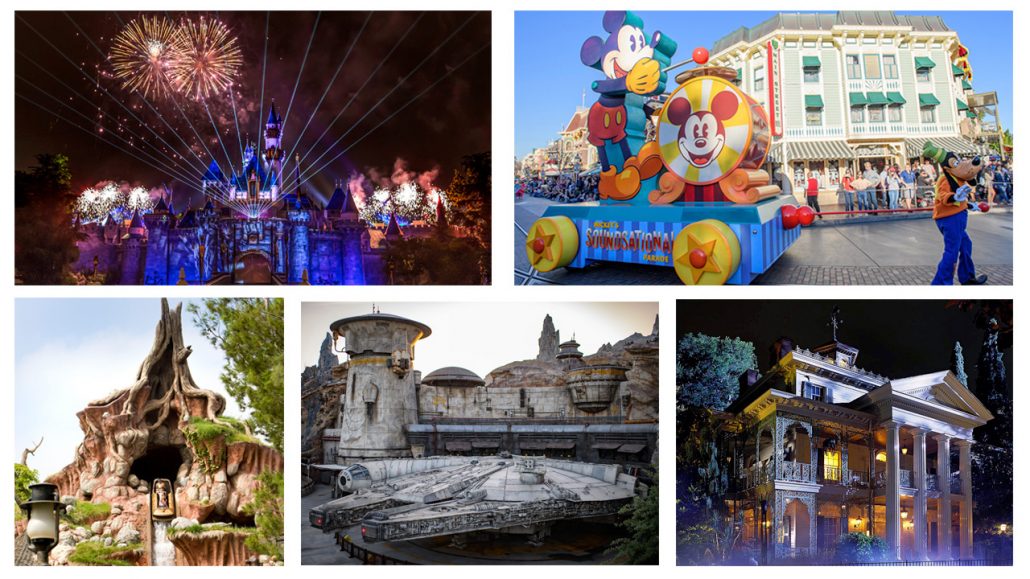 The Disneyland® Resort is the ultimate vacation destination this summer. Here are 10 not-to-miss experiences::

1. Star Wars: Galaxy’s Edge – The largest single-themed land expansion in Disney Parks history, Star Wars: Galaxy’s Edge is now open, with new experiences for you to live your own Star Wars adventure. While you immerse yourself in the remote planet of Batuu, you can sample galactic food and beverages, explore an intriguing collection of merchant shops and take the controls of the most famous ship in the galaxy aboard Millennium Falcon: Smugglers Run.

Disneyland is utilizing a virtual queueing system for the new land, as needed, to allow Guests to enjoy the rest of the resort until it is their time to enter Star Wars: Galaxy’s Edge.*

2. Daytime Parades – The popular “Mickey’s Soundsational Parade” puts music in motion with Disney characters, performers and two new parade floats, which debuted earlier this year. You can catch this fan-favorite before its run ends on July 17, 2019.

Starting July 18 through August 1, Mickey Mouse and his friends are joining the world-famous Disneyland Band for special performances of “Mickey and Friends Band-Tastic Cavalcade.” This delightful procession with live music and a host of favorite Disney characters also features colorfully adorned Main Street, U.S.A. vehicles and special show moments where Guests can dance and clap along with their fantastic friends.

5. Sleeping Beauty Castle – Fresh from an extensive refurbishment, this beloved icon is back and more beautiful than ever, as it shimmers with enhancements, charming pixie dust and new color tones.

6. “Disneyland Forever” – This captivating fireworks spectacular returned in early June, showing just how magical the magic kingdom can be. The sky-high celebration features sparkling pyrotechnics, immersive projections and other effects that transform Disneyland into an enchanting canvas, taking you on a breathtaking journey.

8. Haunted Mansion – Head to the home of 999 happy haunts for a spooky tour! This beloved attraction is celebrating its 50th anniversary this summer. In August, your Clients can choose to attend one of the “The Haunted Mansion: Celebrating 50 Years of Retirement Unliving” after-hours events!

9. Big Thunder Mountain Railroad – Hop aboard the wildest ride in the wilderness! Located in the heart of Frontierland, this Guest-favorite attraction is thrilling, high-speed adventure that takes you past the spires and buttes of the old West and into the tunnels and shafts of a dark and mysterious mine.

10. 64th Anniversary of Disneyland Park – If you’re looking to celebrate 64 years of magic at The Happiest Place On Earth, Disneyland will commemorate its role as the original Disney theme park on July 17 with festivities including “The Happiest March on Earth” with favorite Disney characters and more.