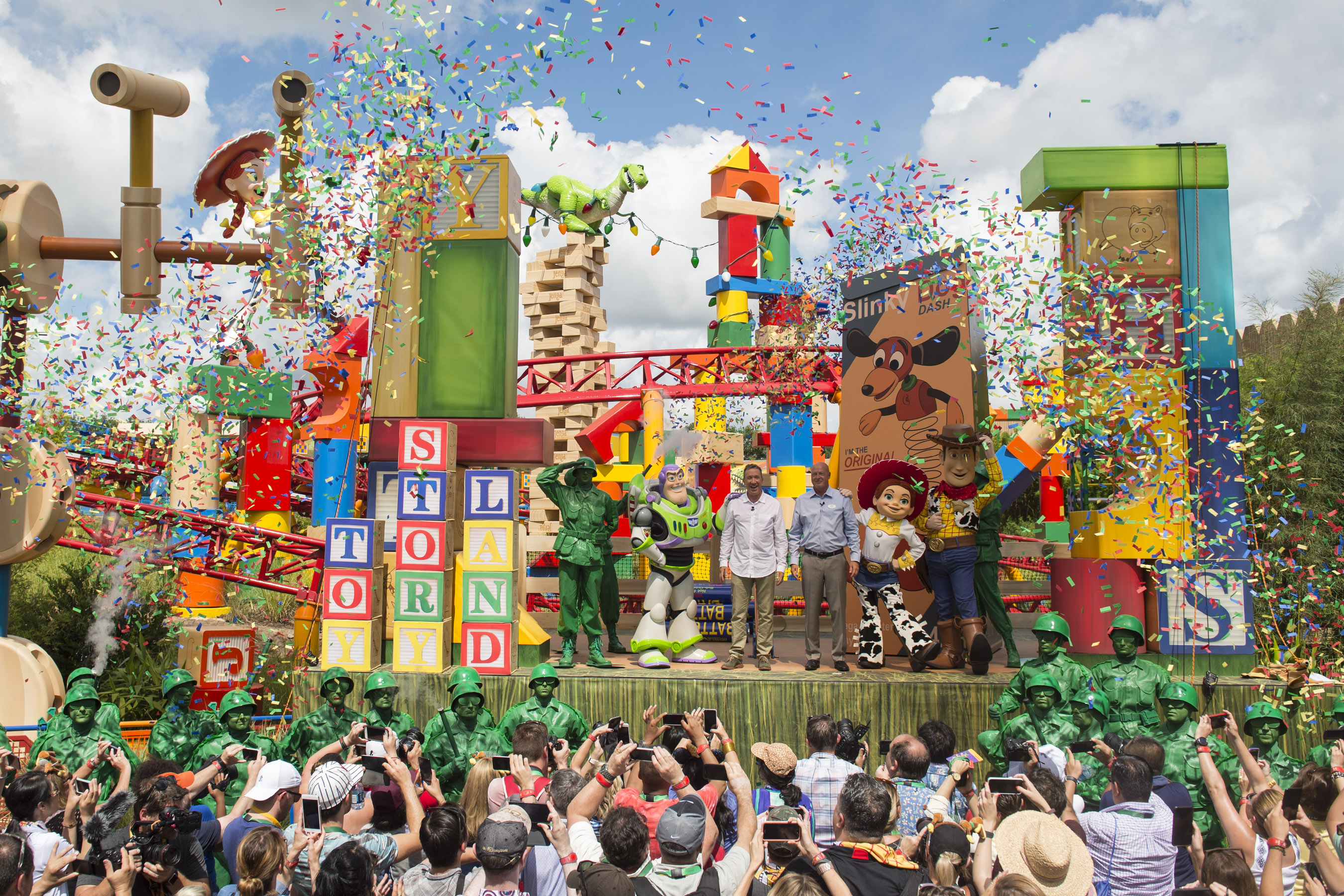 Actor and comedian Tim Allen (center, left) and Bob Chapek, Chairman of Disney Parks, Experiences and Consumer Products, are joined by a flurry of characters from Pixar Animation Studios’ Toy Story films as they dedicate the new Toy Story Land at Disney’s Hollywood Studios in Lake Buena Vista, Fla. It’s a joy-filled, toy-filled world as only Disney can create.. In the new Toy Story Land at Walt Disney World Resort, guests can hop on Slinky Dog Dash for a family-friendly roller coaster ride, take a spin aboard Alien Swirling Saucers and go for the high score in Toy Story Mania! (David Roark, photographer)

After months of anticipation, you can now enjoy everything Toy Story Land has to offer – on a daily basis! Step into the land and explore the fun that Woody, Jessie and many other “Toy Story” friends are having in Andy’s backyard. Glide along with Slinky aboard Slinky Dog Dash, a family coaster Andy built from his Mega Coaster Play Kit that whisks you high above and around a scattering of Andy’s favorite toys – including Wheezy and Rex. Families can take a spin on Alien Swirling Saucers, play their way through Toy Story Mania!, or stop to enjoy tasty snacks – like Raspberry Lunchbox Tarts and S’mores French Toast Sandwiches – at Woody’s Lunch Box.

Just walking through the land, you will marvel at the land’s collection of toys, enjoy awe-inspiring drum sequences by the Green Army Drum Corps, or play “Sarge Says” with Sarge and his Green Army Patrol. And of course, Woody, Buzz and Jessie will greet guests throughout Toy Story Land on a daily basis.

Toy Story Land is the largest expansion yet in the history of Disney’s Hollywood Studios, an achievement that required the creative talents of a skilled project team made up of Imagineers, Cast Members and Pixar partners that together took this project “to infinity and beyond!”