Galaxy’s Edge 101: Everything You Need to Know About Background and Story

Galaxy’s Edge 101:
Everything You Need to Know About Background and Story 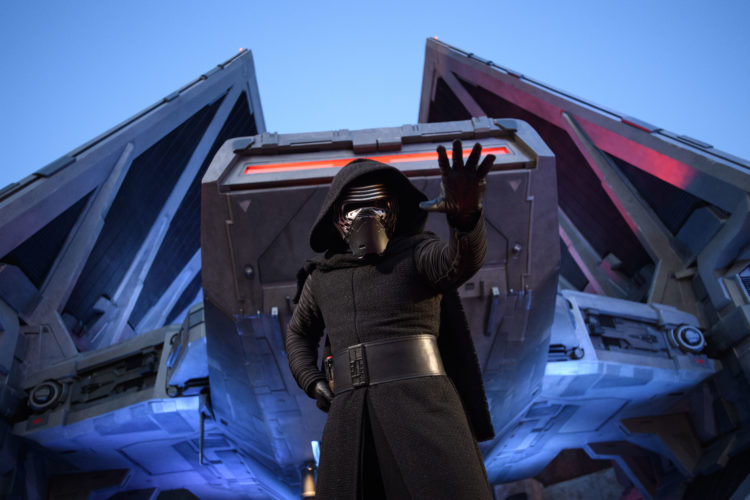 Are you feeling overwhelmed visiting Galaxy’s Edge because you haven’t followed each Star Wars film, TV show, video game, novel and numerous comic series? Don’t worry, you don’t have to have prior knowledge to enjoy this new land. But if you’d like a little more background to get the most out of your visit, here is a crash course on what you need to know!

Where is Galaxy’s Edge?

Star Wars: Galaxy’s Edge is set at Black Spire Outpost on the outer rim planet of Batuu. This planet is home to smugglers, pirates, rogue traders, bounty hunters, opportunists and con artists. But now, the First Order has arrived in pursuit of the Resistance!

When does the story of Galaxy’s Edge take place in the Star Wars storyline?

The story takes place in between The Last Jedi and the upcoming, The Rise of Skywalker. This is literally decades after the events of Star Wars: A New Hope. Therefore, the inhabitants of Batuu may not know who Luke Skywalker or Darth Vader is. However, they may have a vague idea since they may have heard others speak of them. Even these inhabitants don’t know everything. 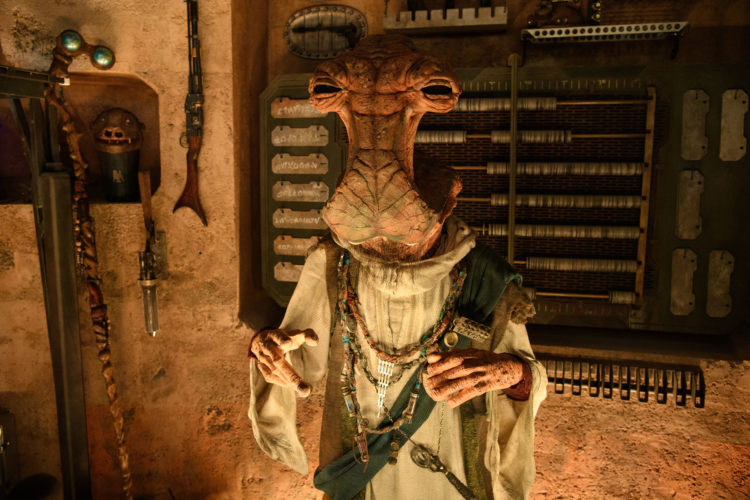 Guests visiting Dok-Ondar’s Den of Antiquities in Star Wars: Galaxy’s Edge at Disneyland Park in California, and at Disney’s Hollywood Studios in Florida, will discover rare items from across the galaxy for sale, all part of Dok-Ondar’s collection. (Richard Harbaugh/Disney Parks)

What is Batuu and have we seen it before?

We have never seen Batuu in films or on TV (as of yet). However we do see it as the last stop on Star Tours: The Adventures Continue, and there are some books such as Thrawn Alliances, Crash of Fate, Black Spire and many others that use Batuu as a setting. And, there’s also a Galaxy’s Edge comic book series that showcases Dok Ondar, owner of the shop ‘Dok Ondar’s Den of Antiquities’ and how he amassed such a large collection of rare artifacts.

Batuu is a remote outpost planet on the edge of the galaxy where you will find some disreputable characters. It is also used as a place to stay out of the way of the oppressing First Order. The planet was once covered in towering petrified trees and forests, and was a prominent trade post in the time before the invention of hyperspace travel. However, after hyperspace routes became the dominant form of transportation, the planet was bypassed by most travelers and fell into decay. 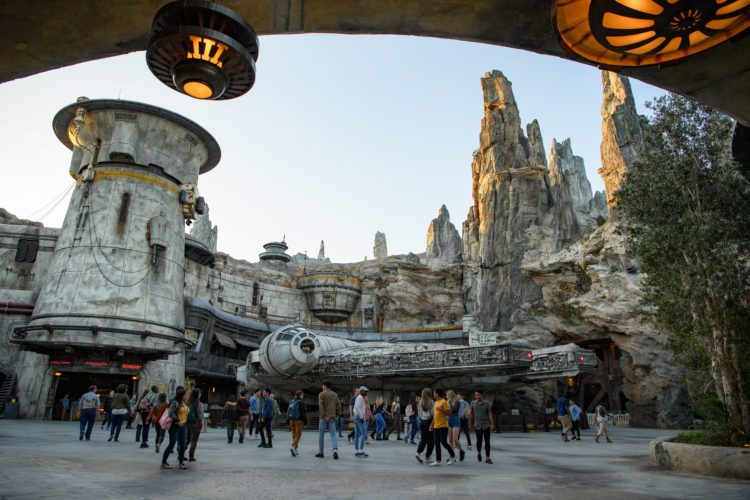 What is Black Spire Outpost?

Black Spire Outpost is the area on Batuu where the story of Galaxy’s Edge is set. The land was named after the giant trees that towered over it. Now, there are many spired petrified remains that surround the outpost, and only one black spire which serves as the center. 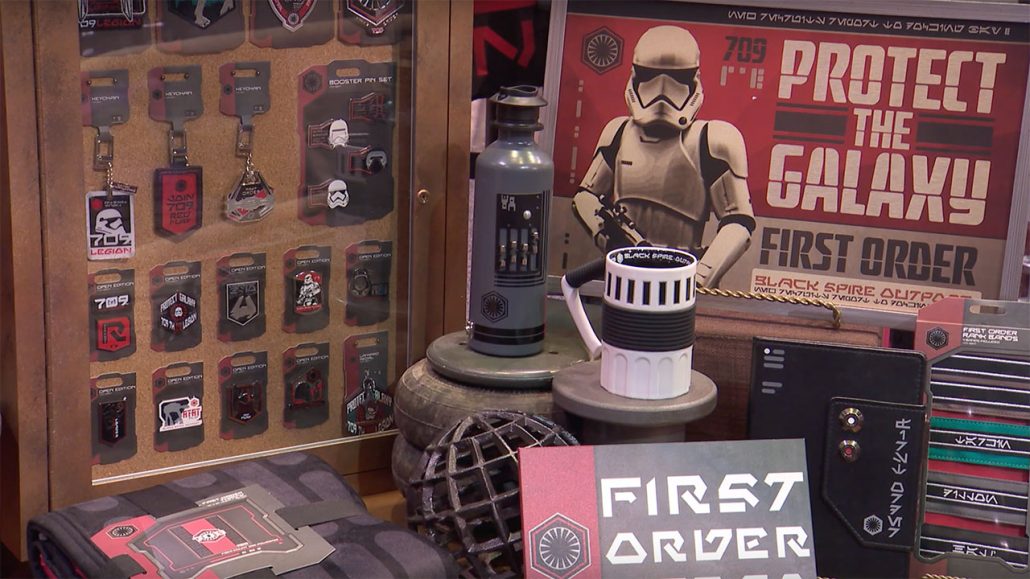 Who are the First Order and who are the Resistance?

The First Order amassed its power in secret up until the events of The Force Awakens. Think of them as the Empire on steroids! Their mission is to destroy the New Republic and claim control over the galaxy. Itghe first order was once run by Supreme Leader Snoke until he was killed by his apprentice, Kylo Ren, who now controls the order.

On the opposing side we have the Resistance which is a military group that serves the New Republic. Once called the Rebellion in the original trilogy, they fight to keep the First Order from taking over the galaxy. The First Order destroyed much of the New Republic in The Force Awakens. Then in The Last Jedi, the First Order wiped away the Resistance, save for a few lone survivors including General Leia, Rey, Finn and Poe Dameron, who vow to rebuild into a new Rebellion and take back the galaxy.

This is where you come in. The First Order has just set up a base at Black Spire Outpost looking for the remaining Resistance fighters as well as any sympathizers. Citizens come to Batuu to avoid attracting attention to themselves but the order makes it their business to get in your business. During your visit, denizens of the Outpost may come up to you to let you know of a secret meeting of the Resistance. By following their instructions you could find the meeting is also attended by a favorite Star Wars character. They may even sidle up to and tell you to cover up your Jedi shirt or hat with a Rebellion symbol as not to attract unwanted attention.

Do I need to be bilingual in Star Wars speak to read signs ?

The signage at the Black Spire Outpost is written primarily in the Star Wars script known as Aurebesh. Thanks to the Play Disney Parks app you can type in a word and it will translate it. But don’t worry, not every sign is in complete Aurebesh since that would take way too much time when trying to read the menu at Oga’s Cantina or figure out what is the restroom and, what is “Cast Member only”. 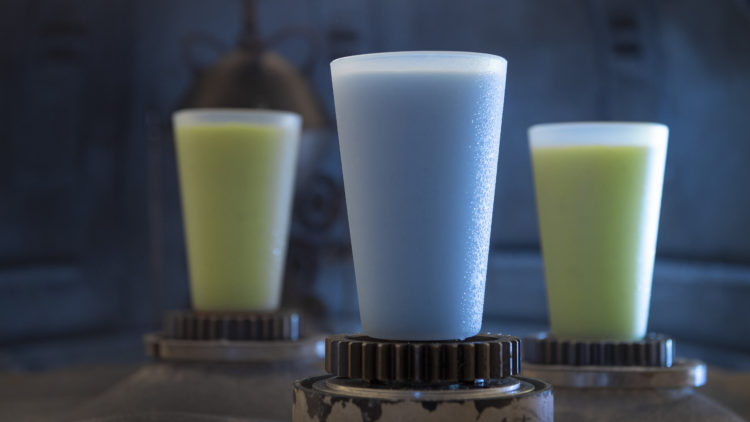 Why does everyone want blue milk?

Ever since Luke Skywalker drank a blue milky beverage back in Star Wars we’ve all wanted one too. And now we get to have one! And Luke was back at it in The Last Jedi when he slobbered down a green beverage. Both drinks are a plant-based blend of coconuts and rice milks. If you’re curious, the blue milk has a blueberry/watermelon taste while the green milk has a citrus touch. Both drinks are sold at the Milk Stand. 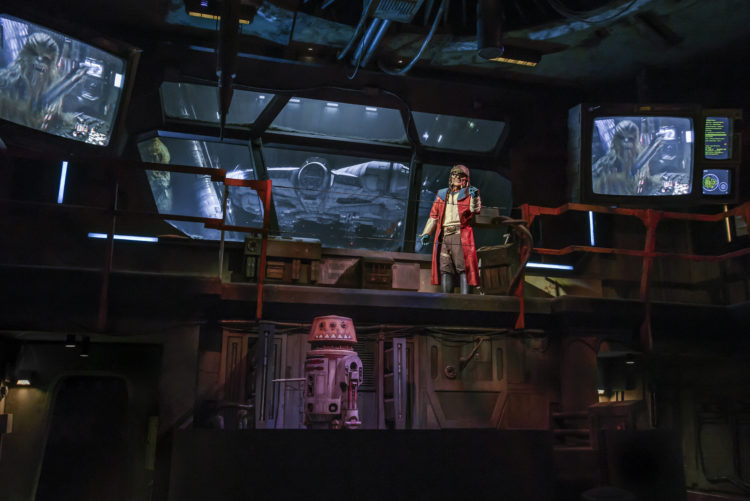 Who is Hondo Ohnaka?

Hondo Ohnaka is a fan favorite character from the two animated series, Star Wars: The Clone Wars and Star Wars Rebels. He’s basically a pirate and a scoundrel with a winning personality. In the queue for the attraction, Smuggler’s Run, we see Chewbacca telling Hondo that he will lend him  the iconic Millennium Falcon in return for supplies to help the Resistance. Now, Hondo needs a flight crew for some smuggling runs. And that crew is you, and 5 more to pilot the, “fastest hunk of junk in the galaxy!”

While on Batuu, you may hear these phrases and alternate descriptions:

Now you are ready to visit Star Wars: Galaxy’s Edge like a pro. Need help planning your trip? Head to Small World Vacations for a no-obligation price quote today!

For more out-of -this -world info, news and videos about Star Wars, Disney and Marvel, subscribe to Richard and Sarah Woloski’s SkywalkingthroughNeverland’s You Tube channel and listen to their fan-tastic Podcast.