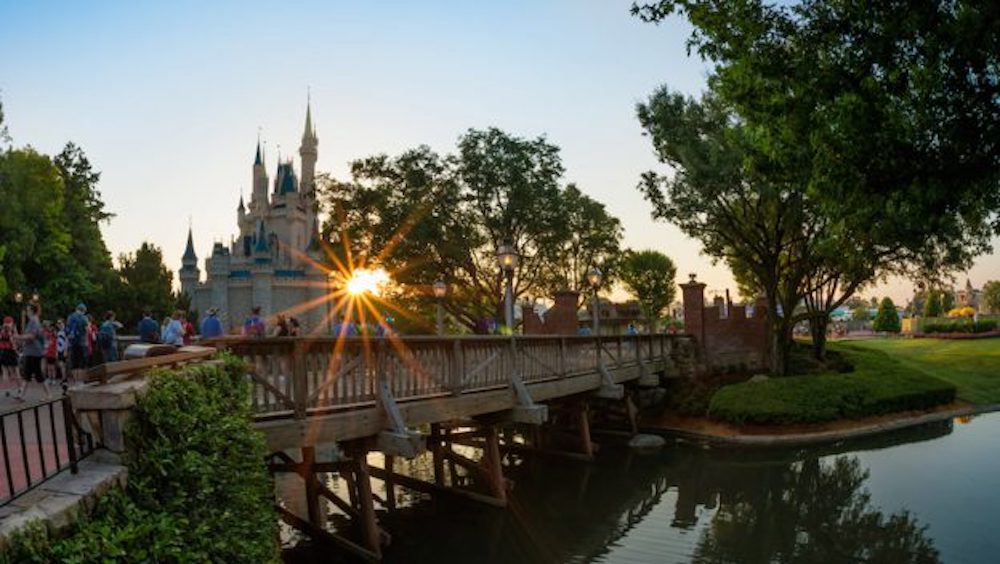 These events are a separately ticketed event so you have to have a regular park ticket and then purchase the tickets to Early Morning Magic.  For both Fantasyland and Toy Story Land, breakfast is included.  The event starting times vary anytime from 7am – 7:45am and they technically end at 10, although the regular parks typically open around 9.  Our plan of attack was to get in at start time, ride the rides until 9 and then get breakfast.

Our morning at Fantasyland early.  We caught a Disney bus from our resort and arrived at Magic Kingdom at around 7:15.  We were among the first people to arrive and even by the time 7:45 rolled around, we couldn’t believe how small the crowd was.  Going through park security was quick and efficient. 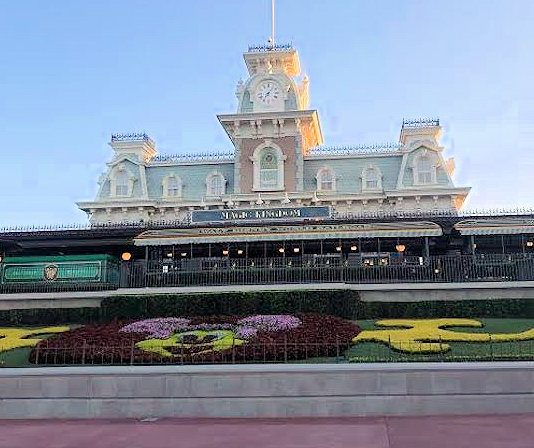 At 7:45 we entered the park and headed to Fantasyland.  Once the small crowd dispersed in the park, it seemed like hardly anyone was there!  It was a great time to get pictures without anyone else photo bombing! 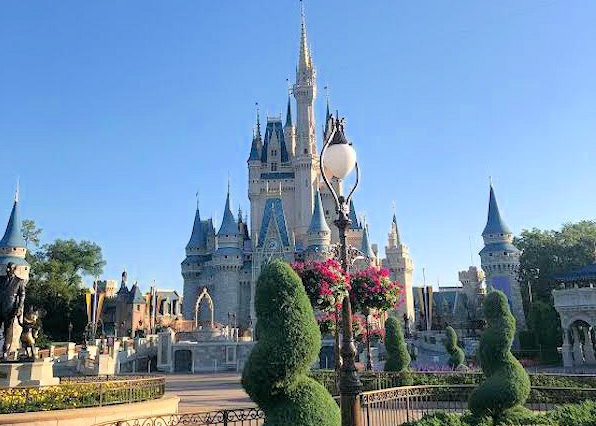 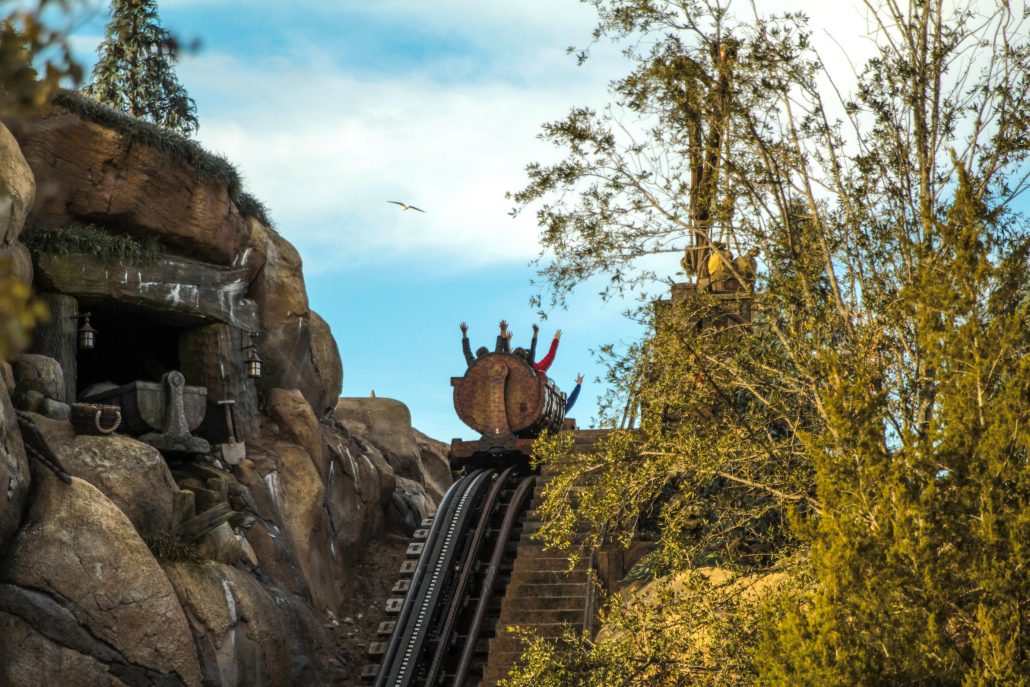 We went straight for the popular 7 Dwarfs Mine Train Ride.  We walked right on, no wait.  After that, we decided to ride other rides but we could definitely have gotten back in line for Mine Train without an issue. 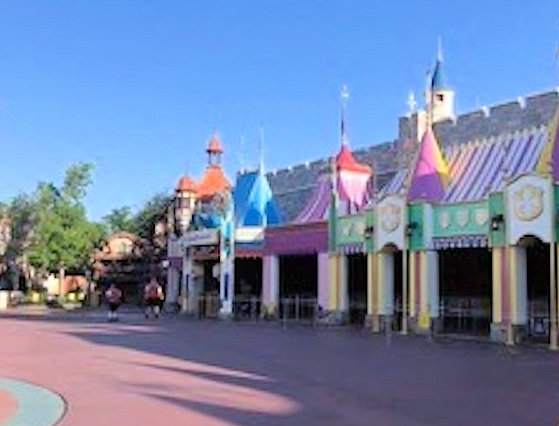 Throughout the morning, we rode all the rides in Fantasyland and didn’t wait for a single one. The princesses in Princess Fairytale Hall are also available for those that want pictures and autographs.  While we did not wait to visit the princesses, I can only assume judging from the rest of the park that the wait would be minimal. 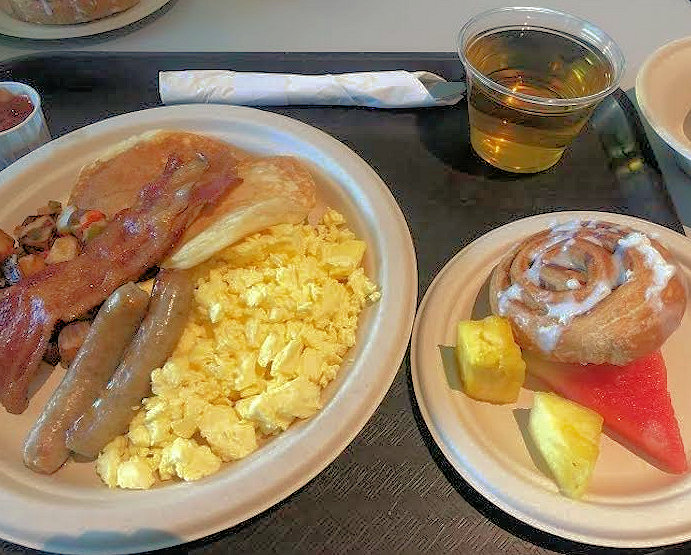 Around 9 we headed over to Cosmic Ray’s Starlight Cafe for breakfast.  The breakfast is typical breakfast food.  At the counter, you can get hot items like eggs, sausage, and pancakes.  They also offer juice and bottled water.  There is a buffet with other items like fruit, oatmeal, and pastries.

We left breakfast around 9:30 and then headed into the park which was now open for everyone.  We rode a few more rides that weren’t in Fantastyland including: Splash Mountain, Pirates of the Caribbean, and the Haunted Mansion.  By 11 we were leaving the park and headed back to the resort to relax before our evening at Animal Kingdom park! 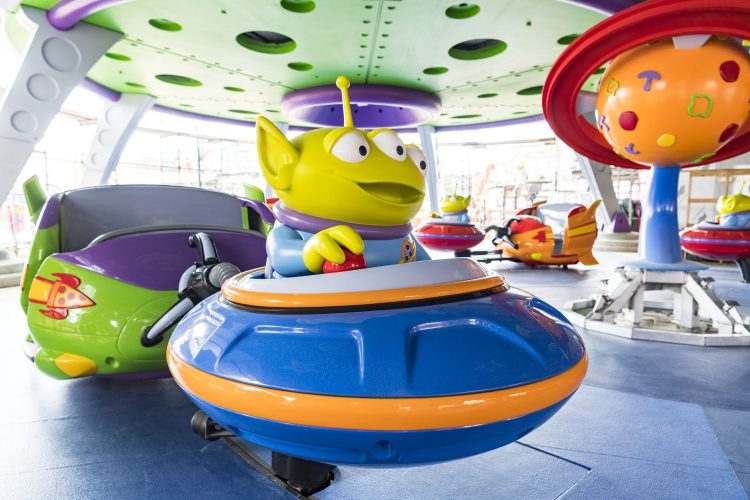 The next day, we were up early again for our Early Morning Opening at Toy Story Land.  This one started a little earlier, at 7am, and we ended up getting a Minnie van because we were worried the bus wouldn’t get us there on time.  Each event does tell the guest to check schedules for transportation as it is possible it will not be offered for the event.  For Fantasyland, transportation wasn’t a problem, but Toy Story Land was just a little too early to take a Disney bus. 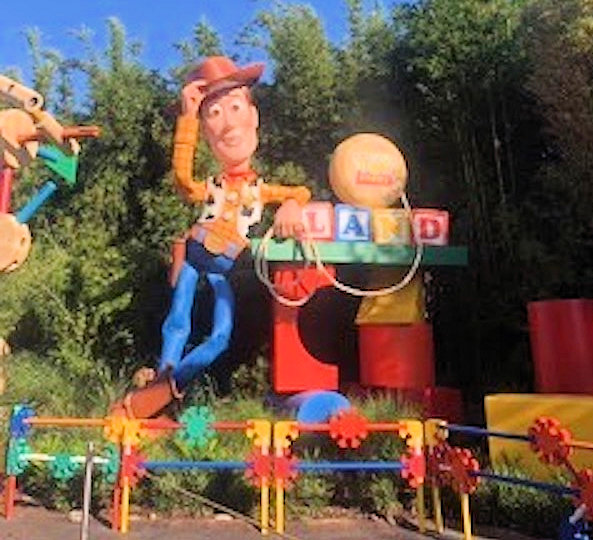 When we arrived at Hollywood Studios we were immediately ushered into the park.

Toy Story Land wasn’t open for us until 7:30am, so we hit breakfast first here.  We liked the breakfast options better than in Fantasyland.  Breakfast is served at the quick-service location BackLot Express and we were able to choose from a selection of breakfast entrees.

In addition to the hot food we ordered, there was another buffet set up similar to Fantasyland’s that offered fruit, yogurt and pastries.

After breakfast, we headed over to Toy Story Land.  It opened a little bit later than the 7:30 start time, but the crowd was small, just like Fantasyland.

When they opened Toy Story Land, we went straight to the very popular Slinky Dog Dash.  This was the only ride between the two Early Mornings that we had to wait for.  We waited about 20 minutes, but that sure beat the 2+ hour wait time that comes later in the day! 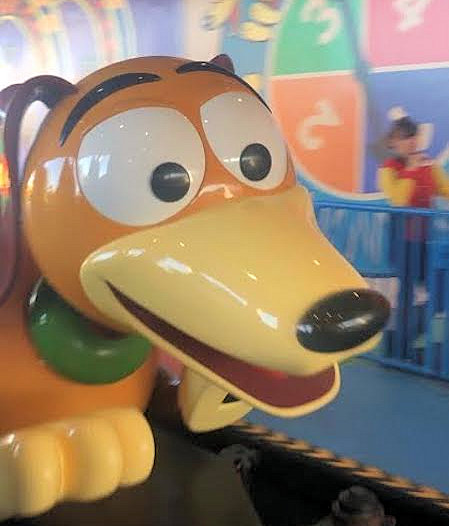 After Slinky Dog Dash, we went to Alien Swirling Saucers and Toy Story Mania.  Neither had a wait and at Toy Story Mania we actually got to ride it twice in a row…without even getting off!  That’s unheard of for this ride! 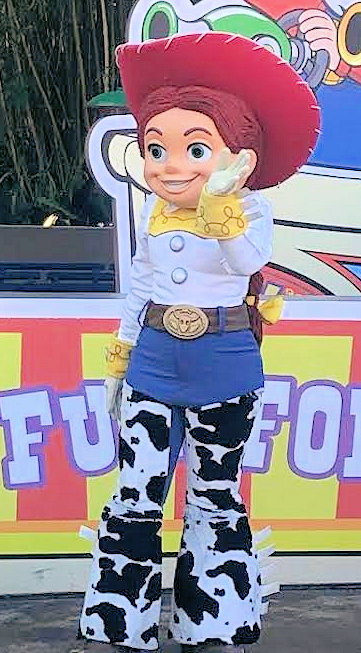 There also was the opportunity to meet the characters Buzz, Woody, and Jessie.  We did not wait to see any characters but the lines that we saw were not bad.  It would be a quick wait for kiddos interested in autographs and pictures.

A question we are often asked as agents is if we think the days Early Morning Magic is offered will effect the regular crowd level at opening.  Our opinion is no.  The guests that do early morning magic are there to get the rides done early and then do something else.   We think the areas that offer Early Morning Magic, Fantasyland and Toy Story Land, won’t be any busier because of the Early Morning Magic.

We really enjoyed both of our Early Morning Magic Experiences.  It was wonderful to beat the heat and the crowds.  We felt like it was absolutely worth the money!