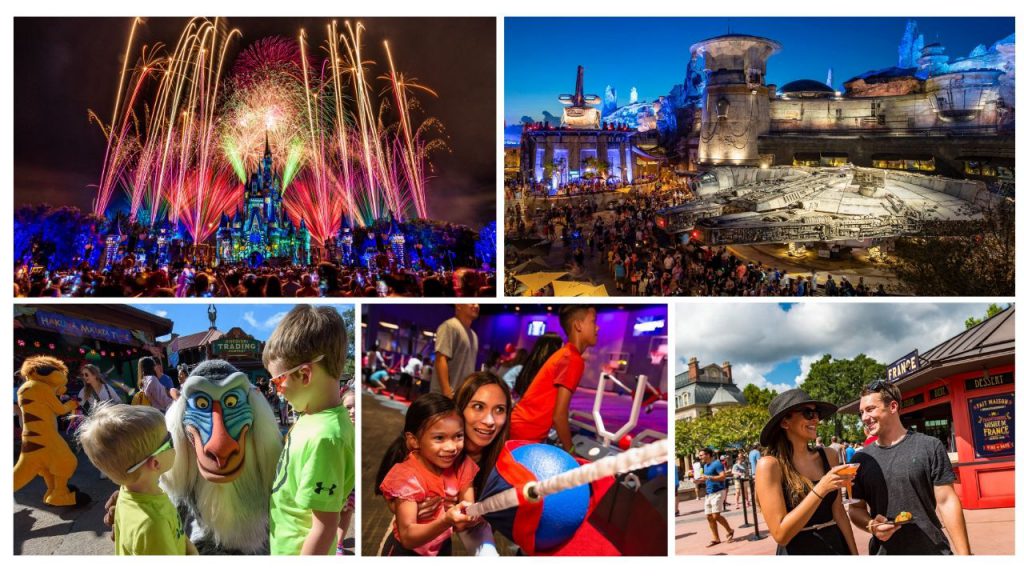 That said, here are five reasons to visit the Walt Disney World Resort this fall!

The Epcot International Food & Wine Festival has returned! You can tour through 30 festive global food and wine marketplaces at this year’s festival, as well as explore seminars and special dining opportunities at this year’s event, which will run daily through Nov. 23. The festival’s Eat to the Beat Concert Series also provides nightly entertainment, with performers like Sugar Ray, Hanson, Sheila E., Boyz II Men and many more lined up to appear. While you are there, be sure to take in “IllumiNations: Reflections of Earth” one last time. The show will take its final bow on Sept. 30, in order to make way for the new nighttime show, “Epcot Forever.”

Star Wars: Galaxy’s Edge is open at Disney’s Hollywood Studios®! Walt Disney World Guests can now become part of their own Star Wars story by experiencing galactic food and beverages, crafting their own lightsabers, building droids and even helping to fly the “fastest hunk of junk in the galaxy” at Millennium Falcon: Smugglers Run.

NBA Experience is open at Disney Springs®! This newly opened venue allows you to experience what it’s like to be selected in the NBA Draft, and step onto the court to make clutch shots and highlight-worthy slam dunks. NBA Experience also provides ample opportunities to learn more about the NBA and WNBA via interactive displays, films and trivia.