A Spider-Man Adventure Coming to Avengers Campus at Disneyland Resort 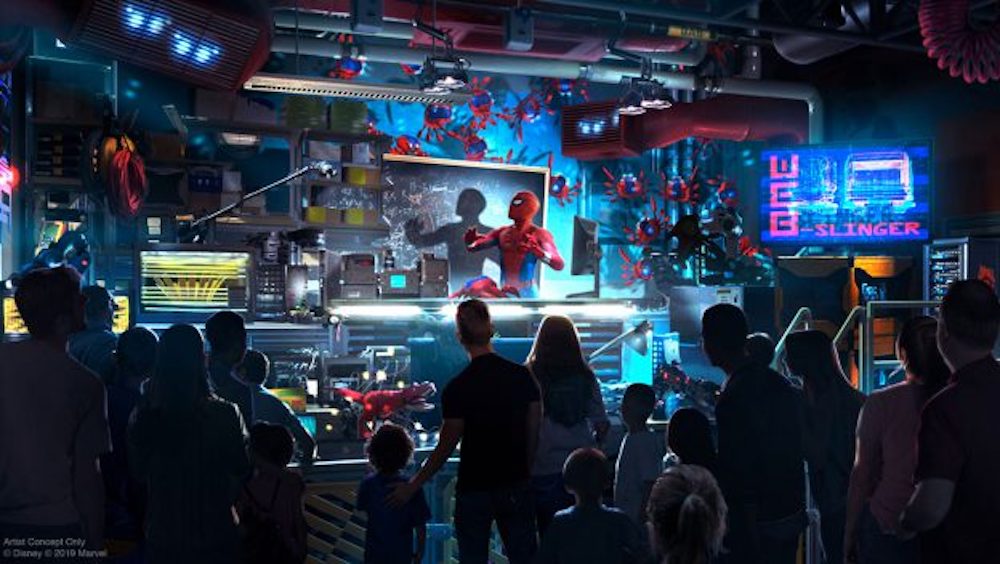 When Avengers Campus opens at the Disneyland Resort at a future top secret date, Guests will see a very familiar face inside the Worldwide Engineering Brigade – or WEB as the kids call it. As Disney shared before, Tom Holland reprises his role as Peter Parker for WEB SLINGERS: A Spider-Man Adventure. 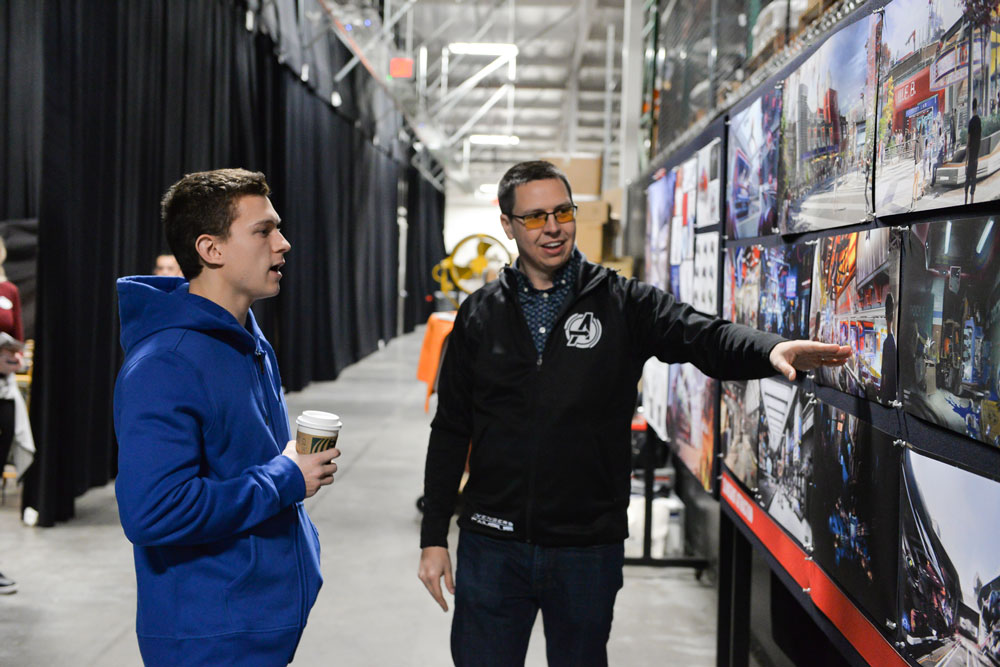 Disney previously caught up with Tom who shared more details about his role in the attraction and his excitement for working with Walt Disney Imagineering on this new adventure. Check out this first look below!

In the WEB workshop, young engineers specialize in developing innovative technologies to equip and empower a new generation of Super Heroes. This workshop showcases the inventions of Peter Parker and the rest of the WEB Tech team, including their adorable Spider-Bots, which are designed to be robotic sidekicks capable of building anything a Super Hero might need. When Peter’s demonstration goes awry, the Spider-Bots are stuck in a replication loop, creating even more Spider-Bots!

Donning 3D glasses, the Guest’s mission will be to test-drive the aspiring inventor’s latest invention, the WEB Slinger vehicle, and discover their web-slinging super powers! Through specially designed, innovative technology that recognizes body movements and gestures, Guests will reach out their hands and sling webs from their wrists, just like Spider-Man. As the WEB Slinger vehicles progress, they will virtually pass through several other Campus addresses, including Pym Test Kitchen, Avengers Headquarters and the Collector’s Fortress, also home to Guardians of the Galaxy – Mission: BREAKOUT! As the mission continues, Spider-Bots will become harder and harder to beat as they continue to multiply.

WEB SLINGERS: A Spider-Man Adventure is just one of the many addresses found inside Avengers Campus, an entirely new land dedicated to discovering, recruiting and training the next generation of heroes at Disney California Adventure park. Stay tuned for more updates on #AvengersCampus!