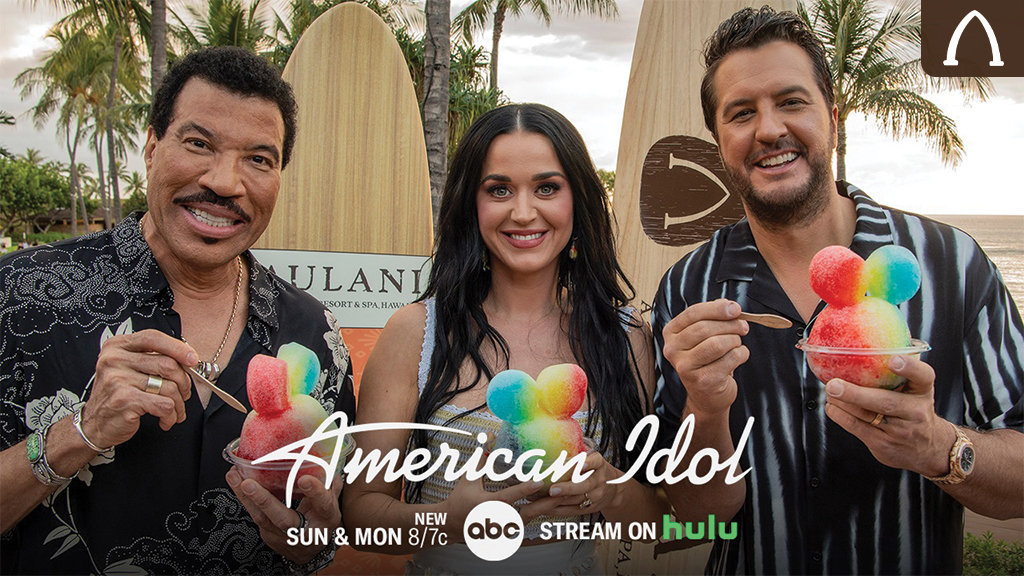 ABC’s “American Idol” returned to Aulani, A Disney Resort & Spa in February to film two nights of spectacular performances by the top 24. Get ready to watch the competition and all the fun at Aulani Resort because the time is nearly here to tune in! Catch “American Idol” this Sunday, April 10 and Monday, April 11 (8:00-10:00 p.m. EDT) on ABC to see the episodes filmed here at Aulani Resort.

The contestants have journeyed from their hometown to Hollywood and now to Aulani Resort, the perfect setting for these talented singers to sharpen their skills, showcase their talents and enjoy some fun in a Hawaiian paradise with a touch of Disney magic.

These two episodes will feature all-star judges Luke Bryan, Katy Perry and Lionel Richie, along with Emmy-winning producer and host Ryan Seacrest, and celebrity mentors Jimmie Allen and Bebe Rexha, as they experience Aulani Resort and contestants compete to become the next American Idol. During the episodes, Guests can cheer on the top finalists as they strive for a shot at super stardom and take the stage on our beach here in Ko Olina, Hawai‘i in front of a live audience.

Between coaching lessons and performances the contestants feasted on some of Aulani Resort’s many culinary delights, enjoyed paddleboarding, raced down the water slides of the Waikolohe Valley pool area, experienced the private Rainbow Reef snorkeling lagoon and even met some favorite Disney friends!

For more information on Aulani Resort including the pools, recreation and dining options, click here. Reservations for Aulani, A Disney Resort and Spa are now available through 2022.