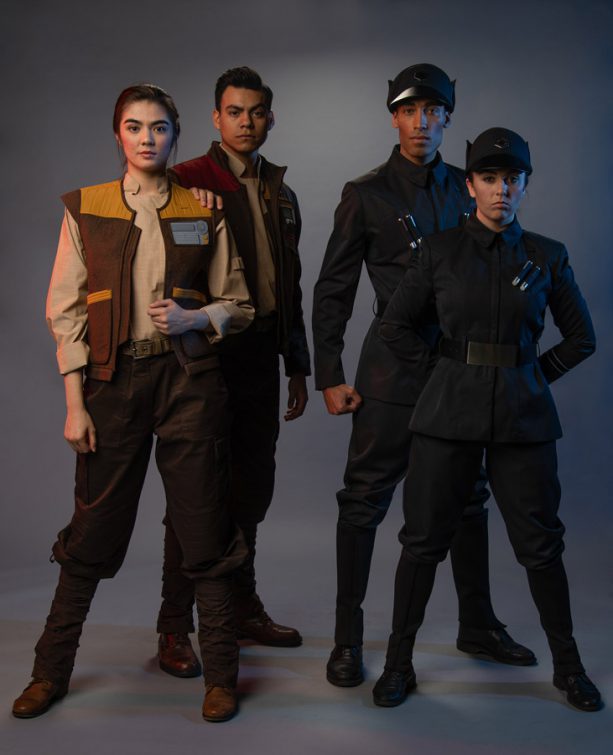 In the early stages of designing the land, Disney told us that the Cast Members working here would be part of the story in a way unlike we’ve ever seen before. This guiding principle led a team of costumers, buyers and artists to create dozens of styles for Cast working on Batuu. Outside of the, well, orderly First Order, the costumes for members of the Resistance and, particularly the villagers, will be as varied as the Cast Members themselves. Different styles and colors for pants and shirts, and optional accessories like scarves, hats and even necklaces, will allow Cast to mix and match to create individualize their part of our Star Wars story.

Designers took inspiration from all of the Star Wars films as well as the animated series, identifying iconic looks and silhouettes to translate into real world costume pieces. The team took risks in the choices they made, including working with innovative fabrics to make the costumes as unique and comfortable as possible. Mesh panels make vests lighter, nylon makes a stretchy pant more unique, cotton creates a more breathable shirt. Comfort and durability are priorities when creating Cast costumes, so the team conducted a variety of tests to ensure the fabrics would wear well over time.

Let’s take a closer look at the different groups of costumes available to Cast.

Join the Resistance
Resistance costumes are rugged, military-inspired uniforms, with a soft, well-used feel. Vests and jackets feature patch details inspired by communicators worn in the films, and there is an optional hat to protect from the elements.

The First Order
This costume is a powerful, charcoal grey military-style uniform with structured shoulders taken directly from the looks we’ve seen on screen. In stark contrast to the other costumes seen on the planet of Batuu, First Order costumes are pristine, polished and orderly. General Hux would have it no other way. 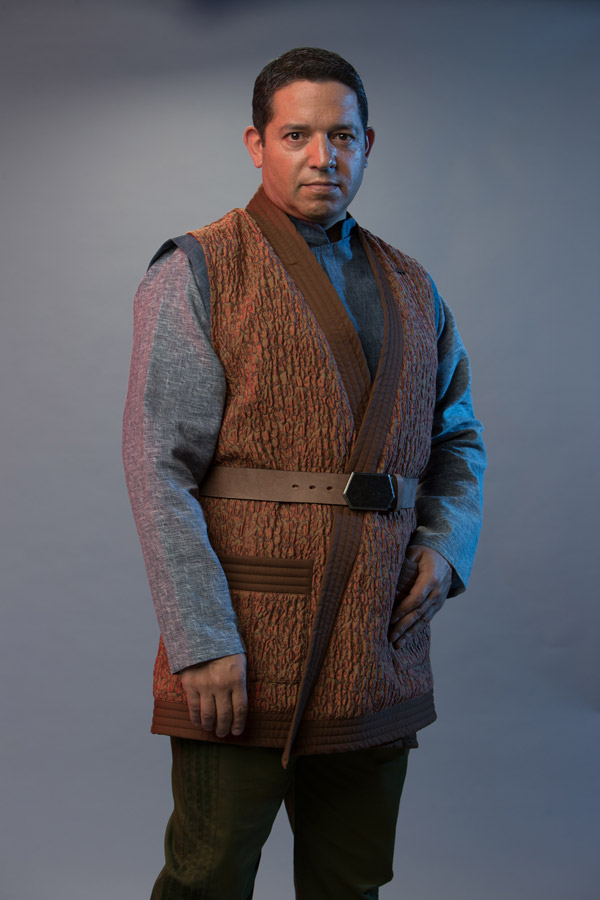 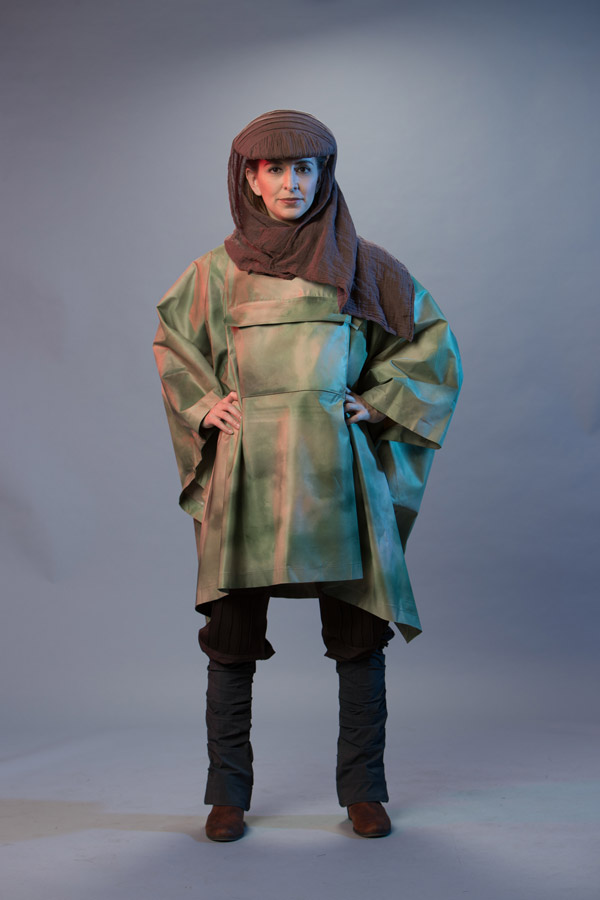 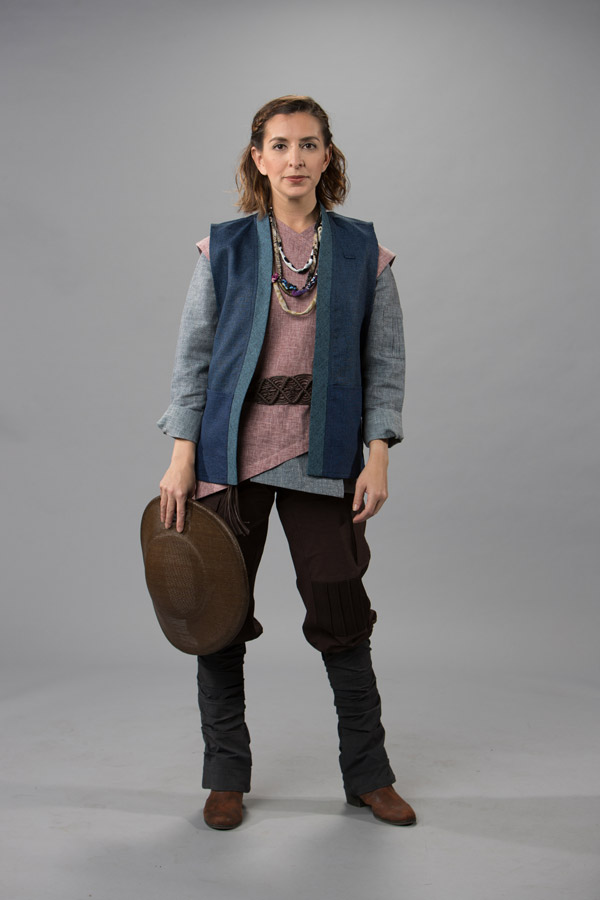 Black Spire Outpost Villagers
The village costume collection is comprised of multiple shirts, bottoms and vests for tons of mix and match options to suit preference and personality. There is also a suite of accessories including scarves, necklaces, hats and a versatile pouch to further customize their look.