Captain Minnie Mouse Takes the Helm of the Disney Wish 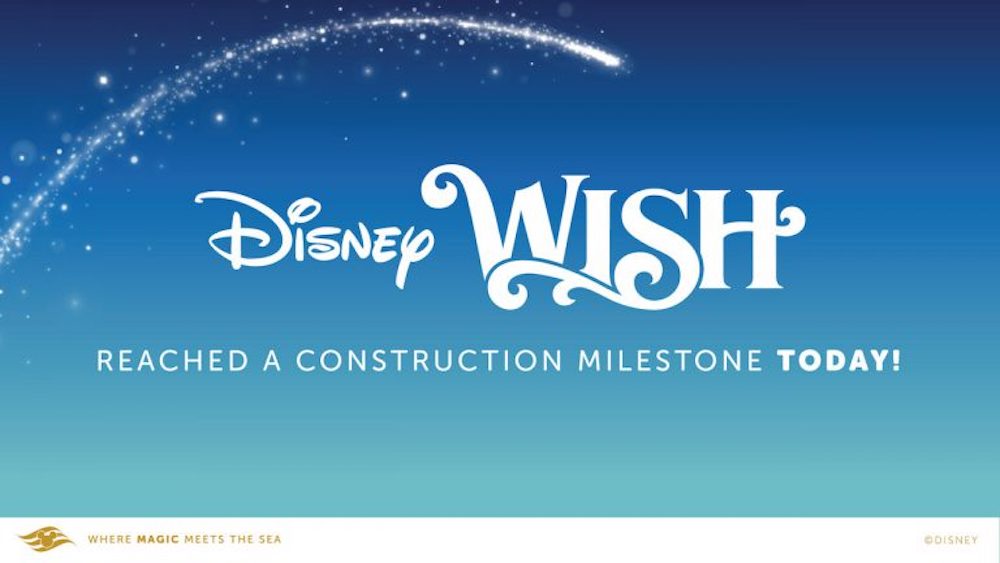 Captain Minnie Mouse is already making wishes come true for the newest addition to the Disney Cruise Line fleet! Today we unveiled that this beloved character will come to life for the first time through whimsical artwork on the bow of the Disney Wish.

The bow’s elegant filigree art, a hallmark of Disney Cruise Line vessels, includes an intricate scrollwork pattern reminiscent of the classic ocean liners of the 1930s. And the portrait of Captain Minnie on the Disney Wish adds just the right amount of Disney whimsy to the design! 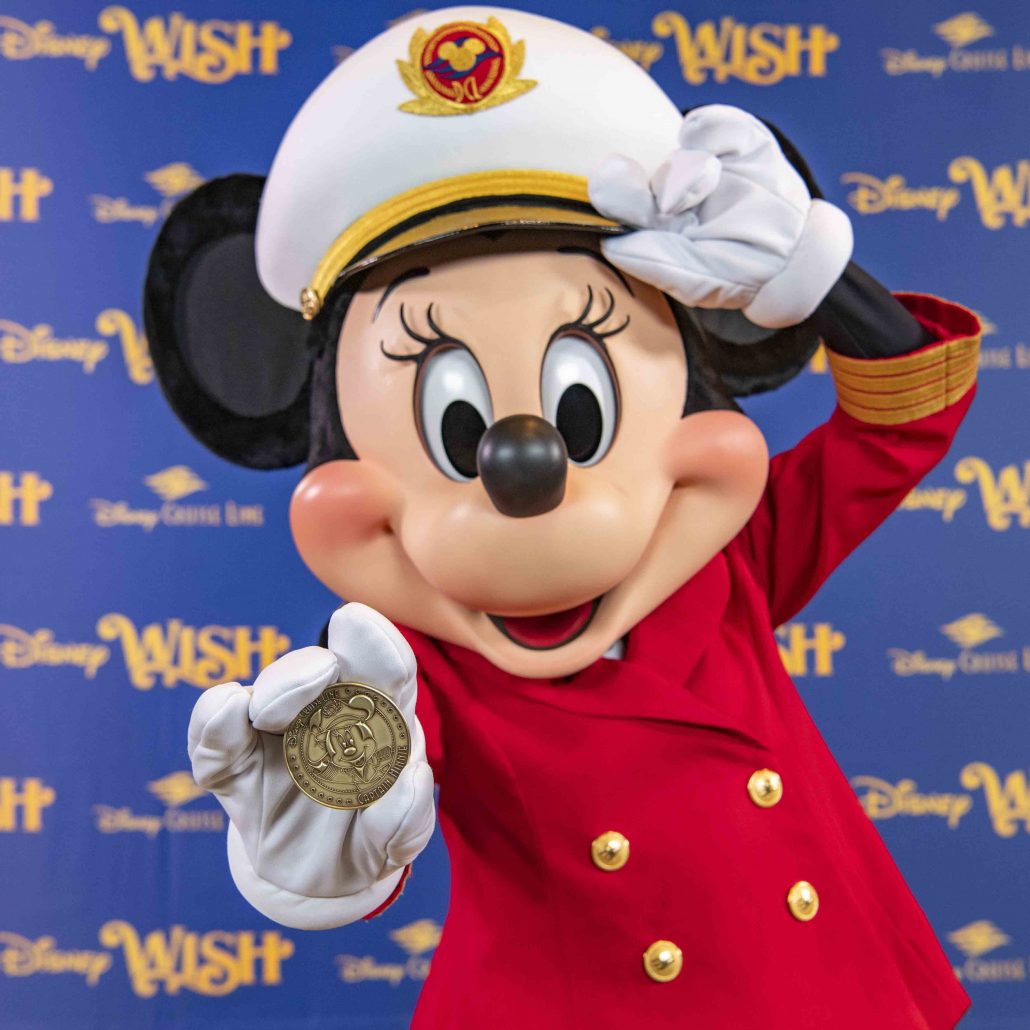 The magic of Captain Minnie also came alive today as we reached a significant construction milestone for the Disney Wish marked by the traditional keel laying ceremony. During a ship’s construction, when the first block, or section of a ship, is lowered into the building dock, a newly minted coin is placed under the keel for good fortune. The coin created for the Disney Wish features none other than… you guessed it, Captain Minnie!

“As we look to the future with anticipation and excitement for continuing our legacy of creating magical vacations for families across the globe, we are thrilled to reach this significant milestone in the ship building process and to unveil Captain Minnie as the beloved character on the bow of the Disney Wish,” said Thomas Mazloum, president of Disney Cruise Line.

“In maritime tradition, keel laying is the ceremonial beginning of the ship’s life,” said Philip Gennotte, portfolio project management executive, Walt Disney Imagineering Germany, who placed the coin at the ceremony.“Today marked a momentous occasion for the Disney Wish, and I could not be more proud of our Imagineers, the cast and crew at Disney Cruise Line and the team at Meyer Werft, the shipyard in Germany, who are bringing this enchanting ship to life.” 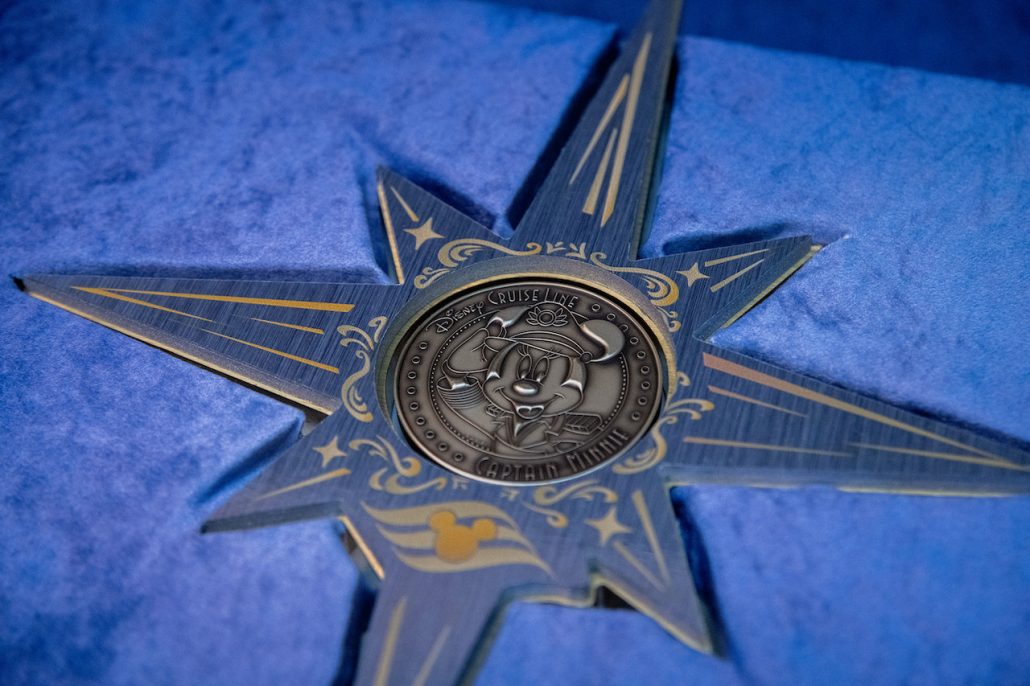 Our newest captain (in her bold red jacket!) made her splash aboard Disney Cruise Line in 2019 as part of a collection of initiatives aiming to inspire the next generation of female leaders in the cruise industry. And with Captain Minnie at the helm of the Disney Wish, our hope is to continue inspiring girls and young women around the globe! 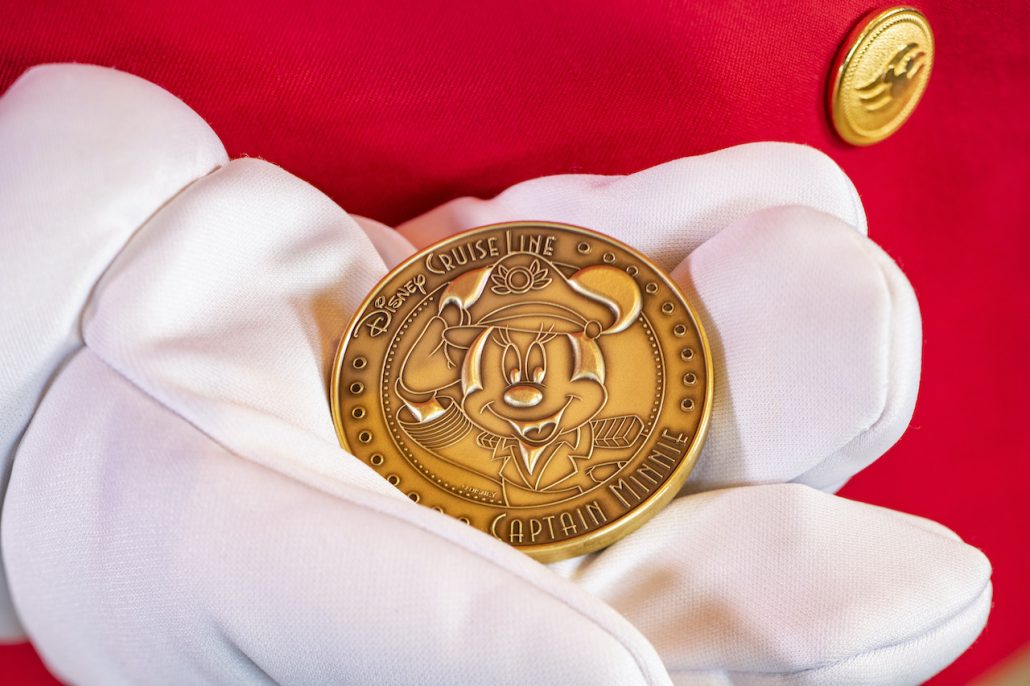 As previously announced, the Disney Wish is scheduled to sail its maiden voyage in summer 2022. Information on itineraries and bookings for the ship will be released at a later date.

The Disney Wish will showcase the immersive family entertainment, enchanting storytelling and unparalleled service that only Disney can deliver. The ship will be powered by liquified natural gas, or LNG, one of the cleanest-burning fuels available. At approximately 144,000 gross tons and 1,250 guest staterooms, the ship will be slightly larger than the Disney Dream and Disney Fantasy.

We’ve been teasing out details about the Disney Wish since we first revealed our fleet expansion, and we know you are all are itching to know more. You’re ready for the grand reveal, right? Well, you didn’t hear it from us, but big news is on the horizon. Stay tuned!