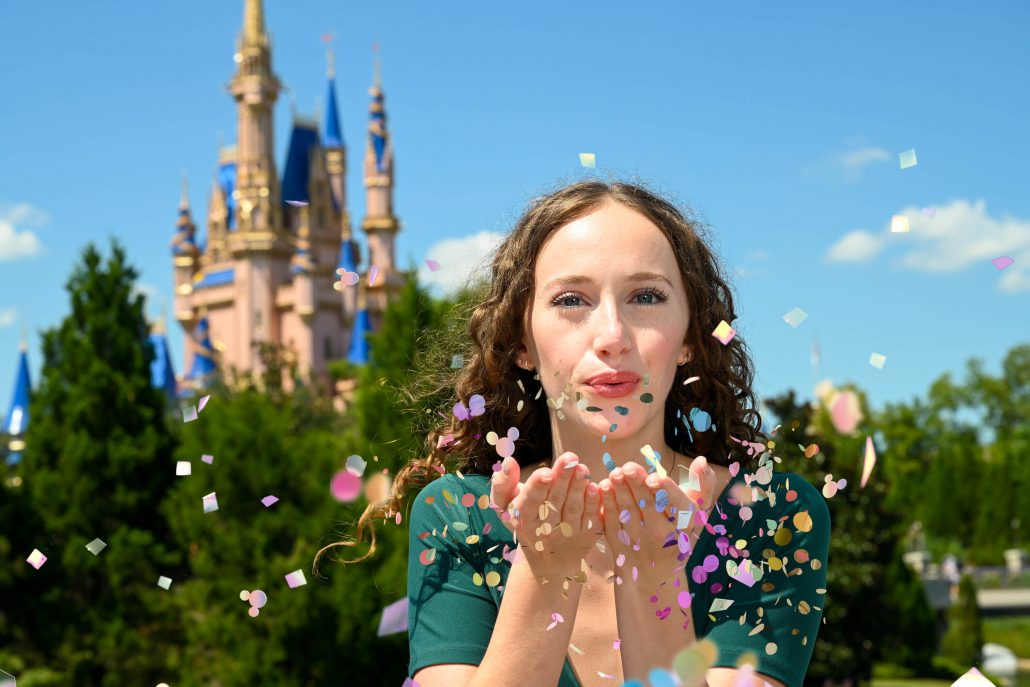 The Disney PhotoPass team loves celebrating anything and everything by offering special photo ops. Holidays, festivals, the arrival of seasons, movie releases, animals being born at Disney’s Animal Kingdom Theme Park, etc. You get the picture: We’re always in a celebratory mood!

But the Walt Disney World Resort 50th anniversary celebration means something more to us. Fifty years is a long time, and thanks to photos, millions of moments – big and small – that occurred over the past five decades at Walt Disney World Resort continue to exist today. These photos can transport us back in time to those precious moments spent with family and friends, while also inspiring us to think about where we want to go in the future.

With The World’s Most Magical Celebration underway at Walt Disney World Resort, Disney PhotoPass Service is celebrating the best way we know how – with festive photo ops! Our awesome photographers are ready to capture magical memories for Guests. Check out all of the details below.

The World’s Most Magical Celebration obviously calls for Magic Shots! The theme? EARidescence, of course! Disney PhotoPass photographers are so excited to capture special Magic Shots for Guests all around Walt Disney World Resort. Below we’ve shared where Guests can find each of them. But don’t worry about memorizing those locations: Guests can ask any Disney PhotoPass photographer they visit what Magic Shots they offer at their location (we offer more than 50 across Walt Disney World Resort!) and where they can find 50th anniversary celebration Magic Shots. 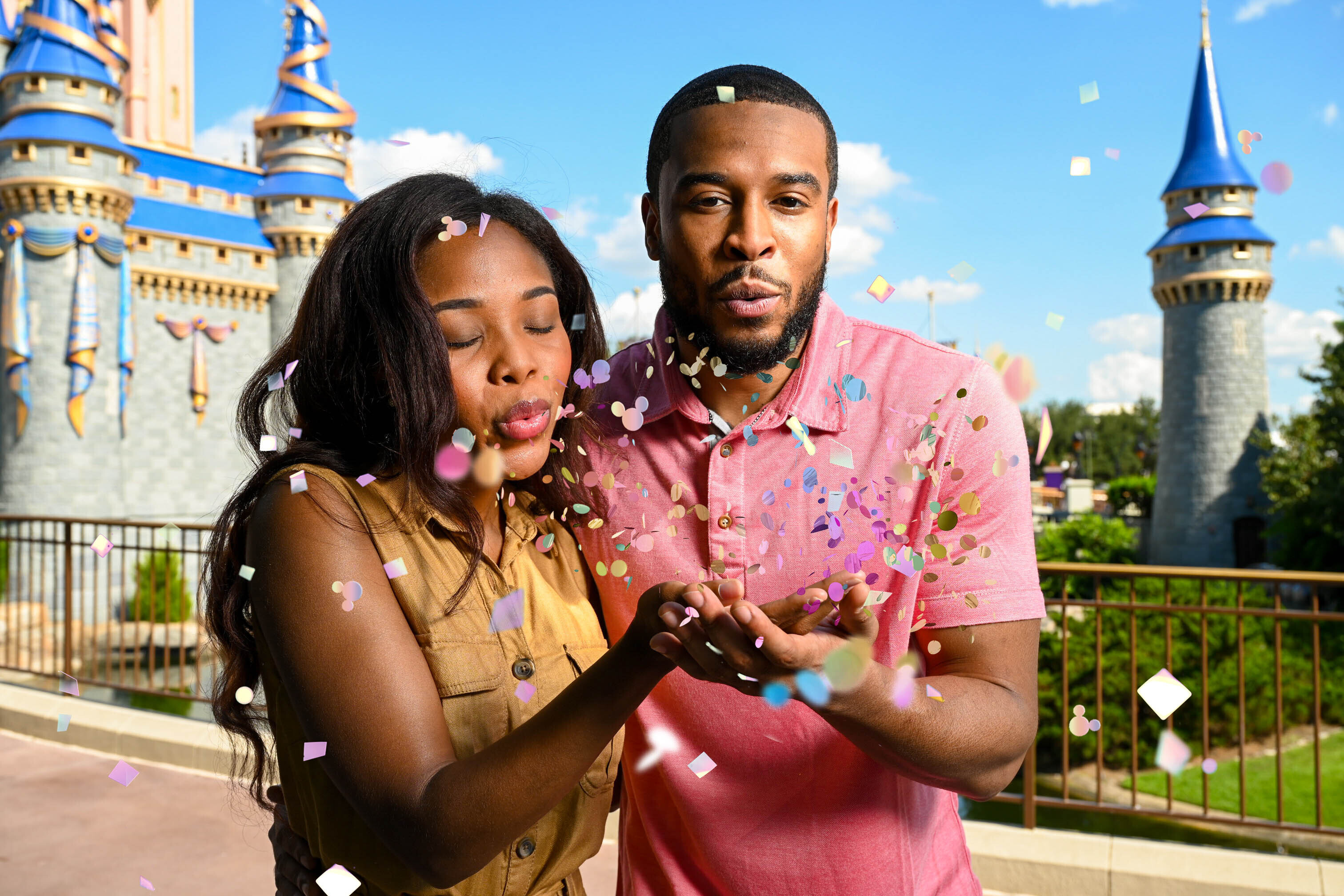 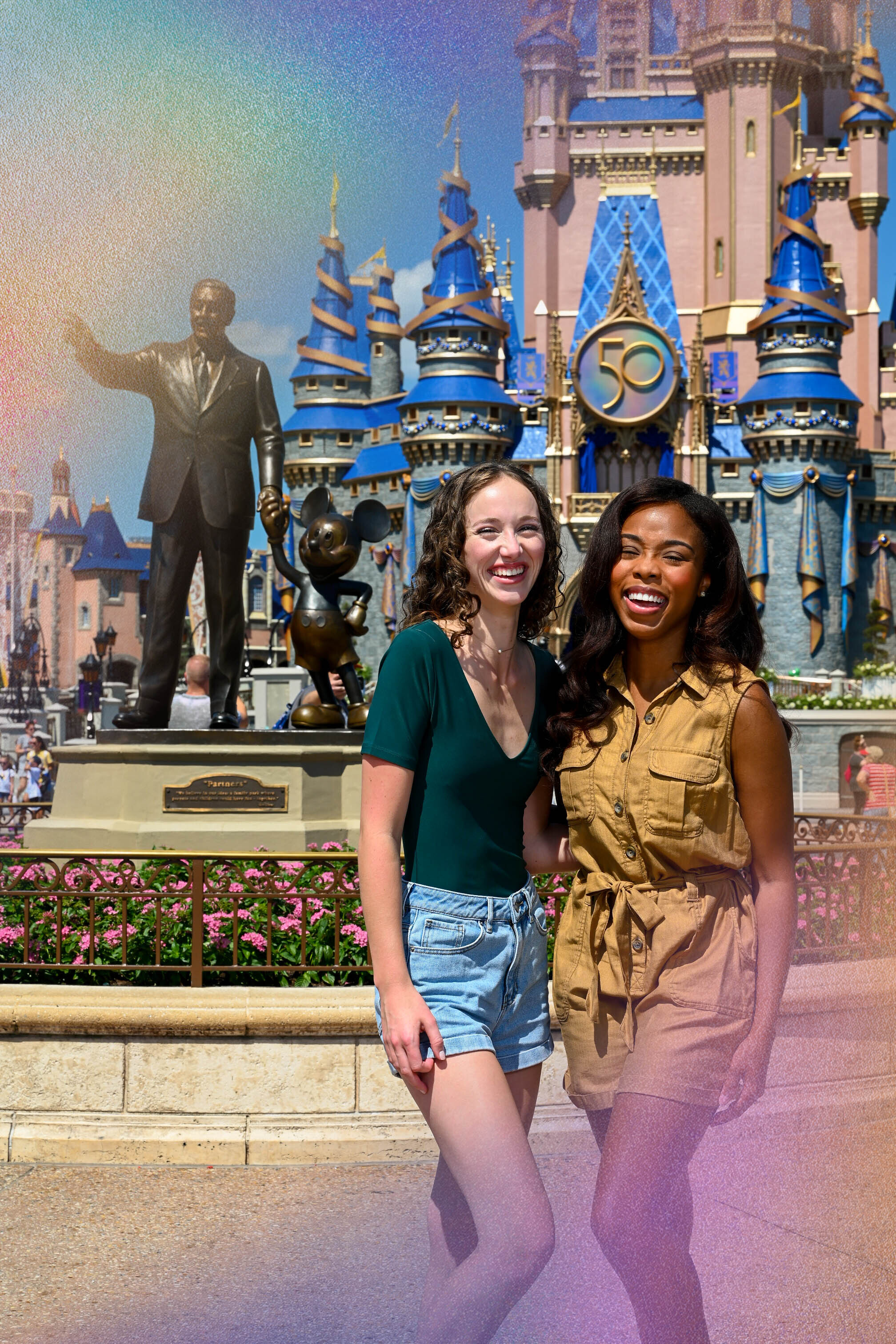 EARidescent Border Magic Shot: Available in front of Partners Statue at Magic Kingdom Park, near the World Celebration entrance to World Showcase at EPCOT, near the intersection of Hollywood Boulevard and Sunset Boulevard at Disney’s Hollywood Studios, and at the park entrance to Disney’s Animal Kingdom Theme Park. 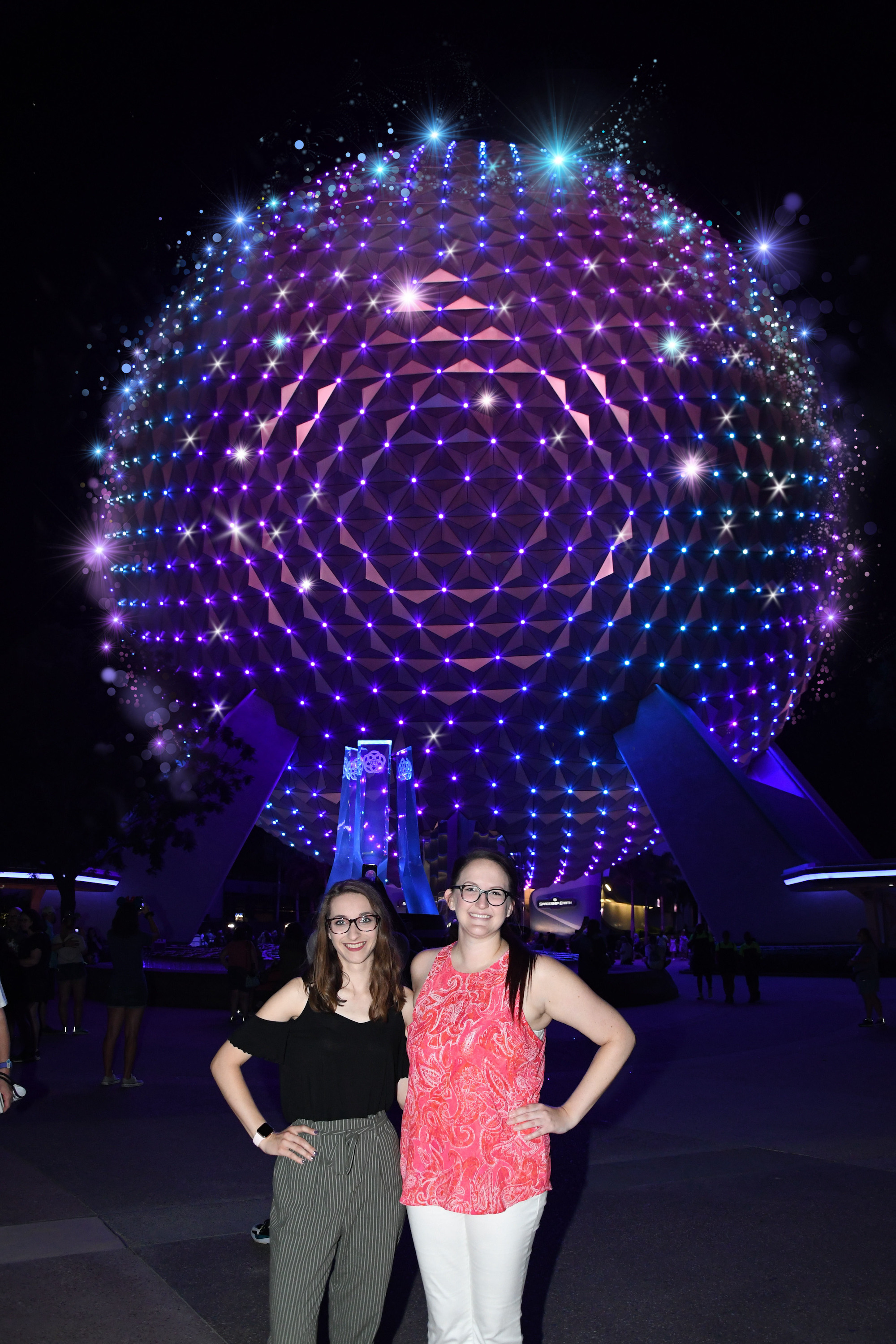 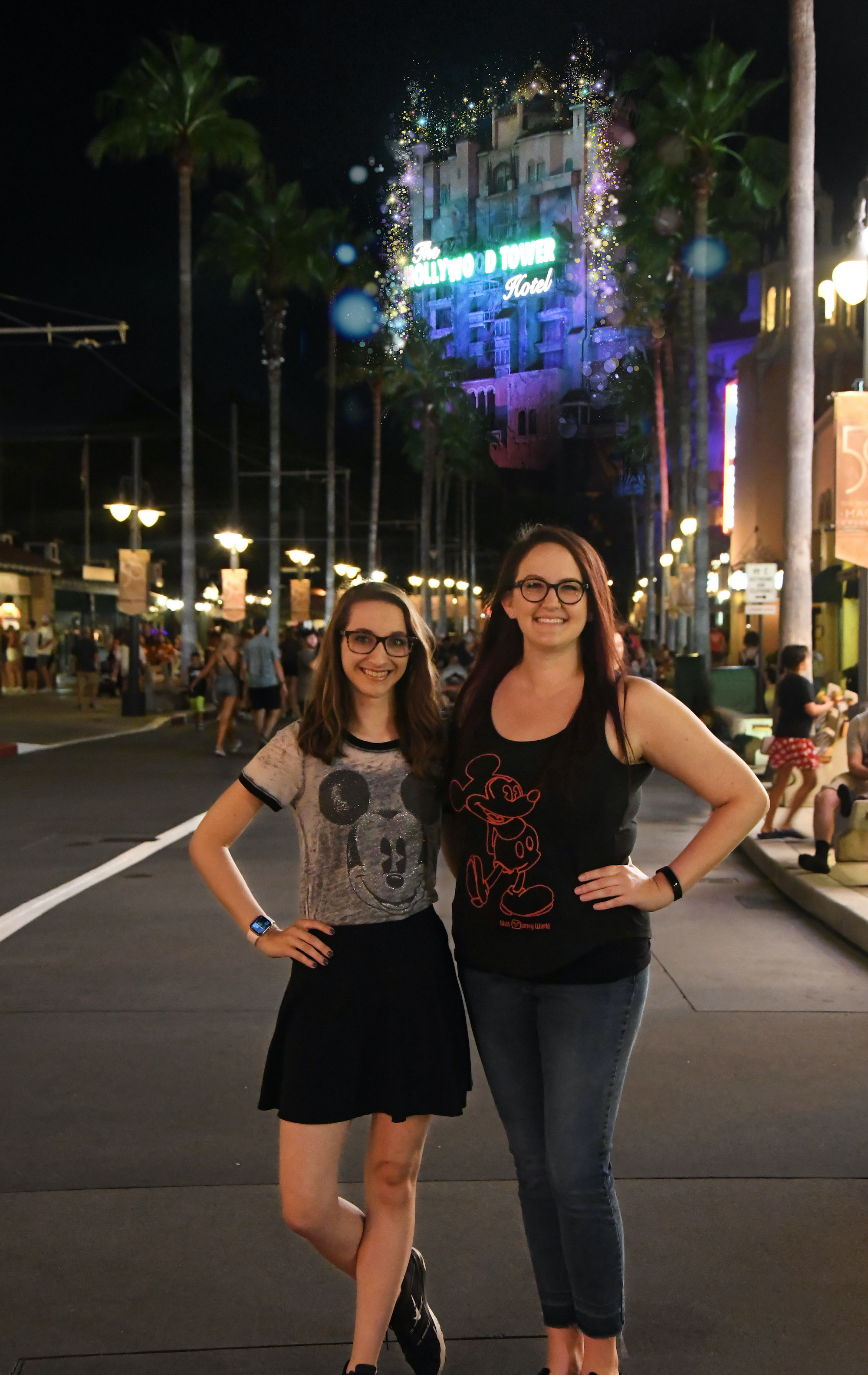 Disney PhotoPass Service has added complimentary desktop and mobile device wallpapers to Walt Disney World Guests’ Disney PhotoPass galleries, featuring each of the four theme park icons dazzling as Beacons of Magic. If Guests had a My Disney Experience account as of September 30, 2021, log in on the My Disney Experience app or online to view and download this complimentary media.* 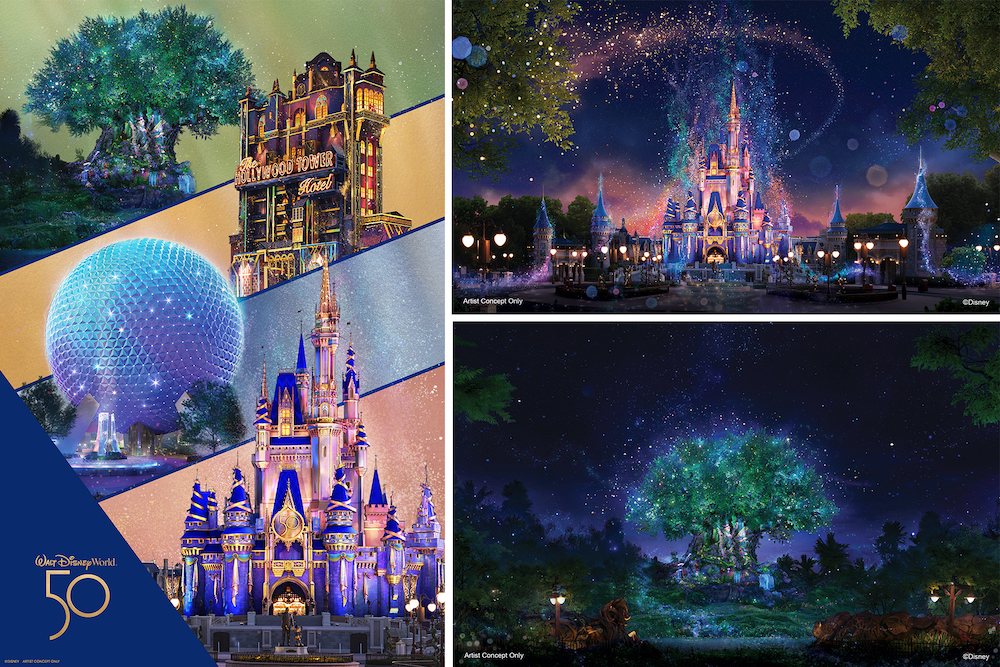 During this 18-month celebration, Disney PhotoPass Service will be introducing even more ways for Guests to mark the milestone with our photographers. We’ll be introducing additional limited-time Magic Shots, props, celebratory virtual backdrops at the Disney PhotoPass Studio at Disney Springs, more complimentary wallpapers, EARidescent overlays on all of our Super Zoom Magic Shot videos, special photo effects, and much more. Stay tuned for details!

As Guests celebrate, they can share their favorite photos with us on social media by tagging #DisneyPhotoPass and #DisneyWorld50. We look forward to capturing the photos they’ll treasure for the next 50 years, and beyond.

*Online registration required. Complimentary media will be available for you to view and download for 45 days from the date it’s added to your gallery, and the Disney PhotoPass Terms & Conditions will apply.