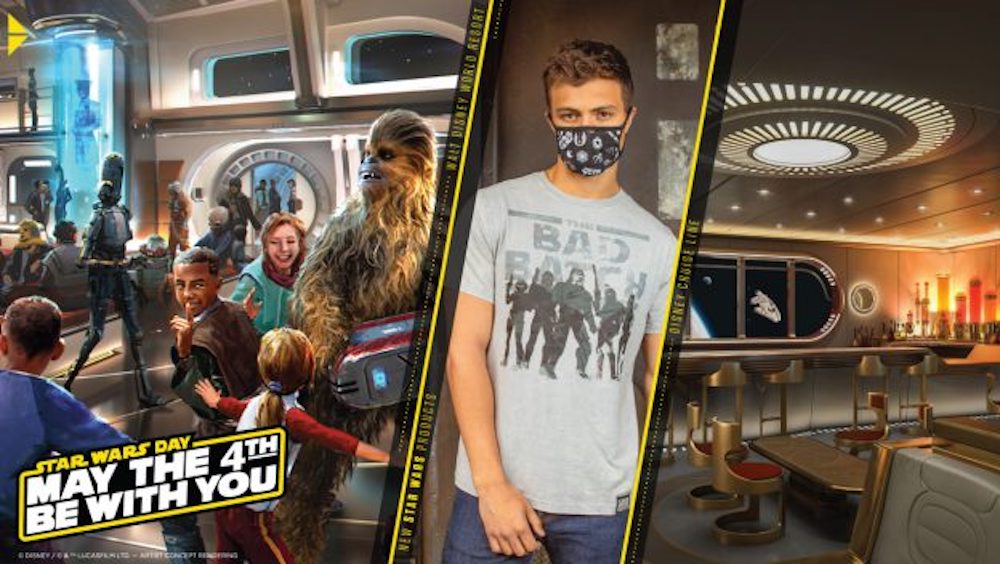 Each year on May the 4th, Star Wars fans around the world celebrate and honor their favorite stories and characters from a galaxy far, far away. Whether they’re sharing favorite Star Wars moments and memories on social media, hosting screening parties with their friends and family, or planning the next trip that allows them to live their own Star Wars adventure at Star Wars: Galaxy’s Edge, Guests always love joining in on the fun. Today, in honor of Star Wars Day, let’s take a look at some of the exciting announcements that were just shared and some of the incredible Star Wars experiences coming to Disney Parks, Experiences and Products.

Star Wars: Galactic Starcruiser will fully immerse Guests in a galaxy far, far away when it debuts in 2022 at Walt Disney World Resort in Florida, going beyond anything Disney has ever created before. As part of this first-of-its-kind vacation experience, Guests become the heroes of their own stories during a two-day, two-night adventure where they see, feel and live Star Wars. During their Star Wars: Galactic Starcruiser experience, Guests will be the first to see characters like Rey wield a brand-new, more realistic lightsaber developed by Walt Disney Imagineering to create dramatic moments previously only possible through digital special effects. Also, for a limited time, Guests visiting Disney’s Hollywood Studios can see a model of the Halcyon starcruiser on display inside Walt Disney Presents. 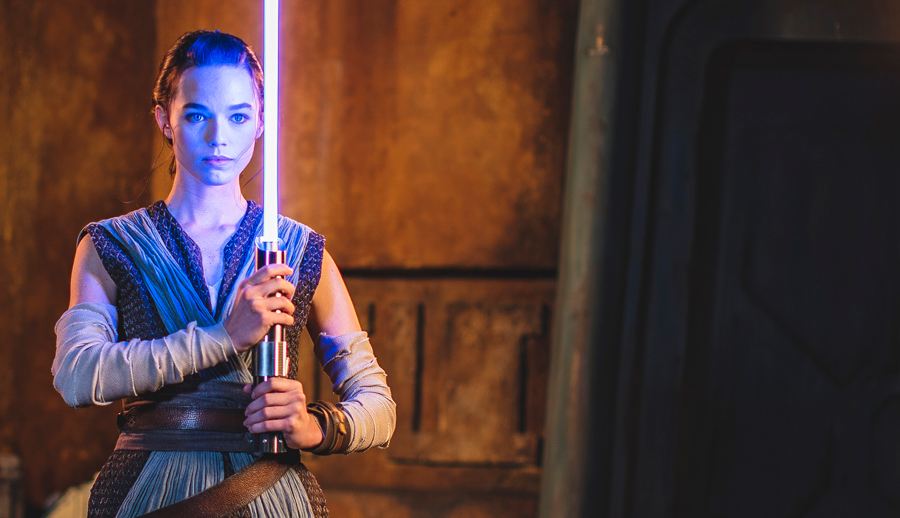 Just shared last week during Once Upon a Disney Wish, the grand reveal of the newest ship in the Disney Cruise Line fleet, Guests of the Disney Wish will embark on a space-jumping tour of the Star Wars galaxy at Star Wars: Hyperspace Lounge, a high-end bar styled as a luxurious yacht-class spaceship. This richly themed, immersive experience will be reserved for adults every evening, offering interactive tasting experiences and signature beverages inspired by destinations such as Batuu, Tatooine and Mustafar. This adds to a variety of Star Wars experiences available onboard Disney Cruise Line like Star Wars Day at Sea, returning to the Disney Fantasy in 2022. These sailings feature a full day of all things Star Wars with character meet & greets, movie screenings, an epic deck show and so much more. 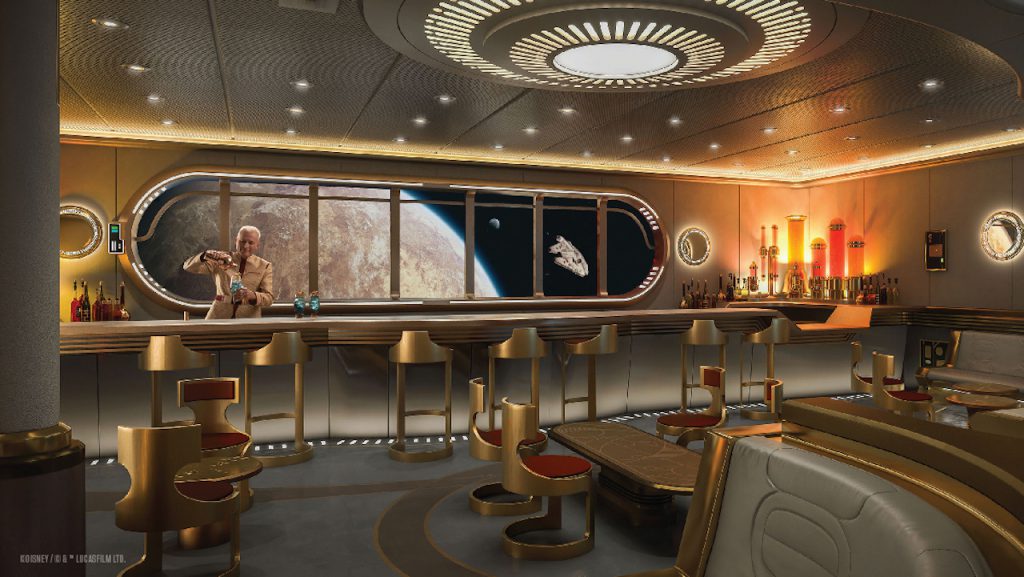 For the ultimate collector, there are, of course, plenty of new Star Wars products to get excited about. Brand-new collections of exclusive products from Adidas, Herschel, RSVLTS and more are available at retailers worldwide, as well as dozens of new products at Walt Disney World Resort, Disneyland Resort and online at shopDisney.com. For video game fans, the Next-Gen release of “Star Wars Jedi: Fallen Order” will bring a number of technical improvements to the PlayStation 5 and Xbox Series X|S console versions of the game this summer. Gamers can also save today on fan-favorite Star Wars games like “Star Wars: Knights of the Old Republic.” 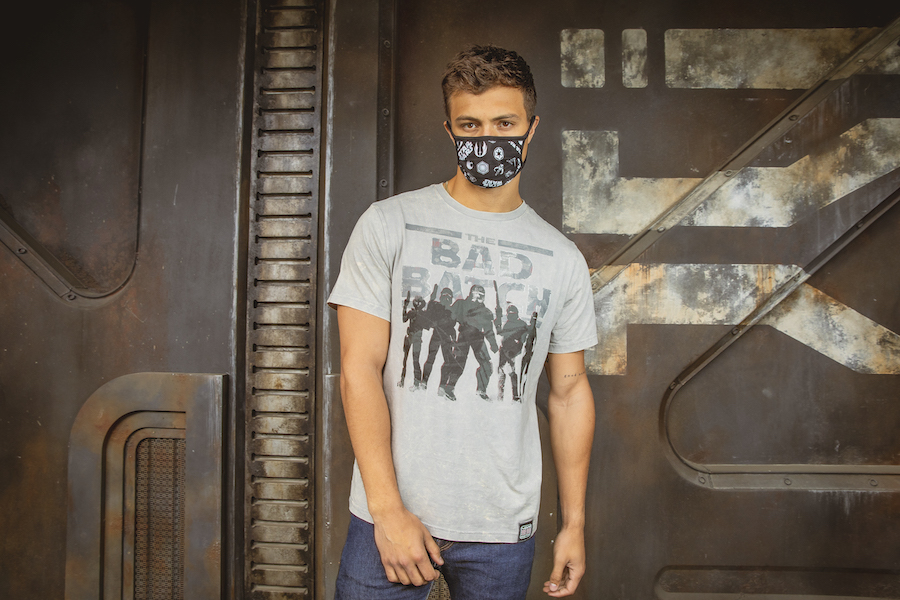 For fans who can’t wait to watch the stories of Star Wars continue, today’s a great for them too. “Star Wars: The Bad Batch” premieres today on Disney+ and follows the elite and experimental clones of the Bad Batch (first introduced in “The Clone Wars”) as they find their way in a rapidly changing galaxy in the immediate aftermath of the Clone Wars. Members of Bad Batch, a unique squad of clones who vary genetically from their brothers in the Clone Army, each possess a singular exceptional skill that makes them extraordinarily effective soldiers and a formidable crew.

And as always, stay tuned for the latest and greatest Star Wars updates from Disney Parks!