Celebrating the Release of ‘Raya and the Last Dragon’

Celebrating the Release of ‘Raya and the Last Dragon’ 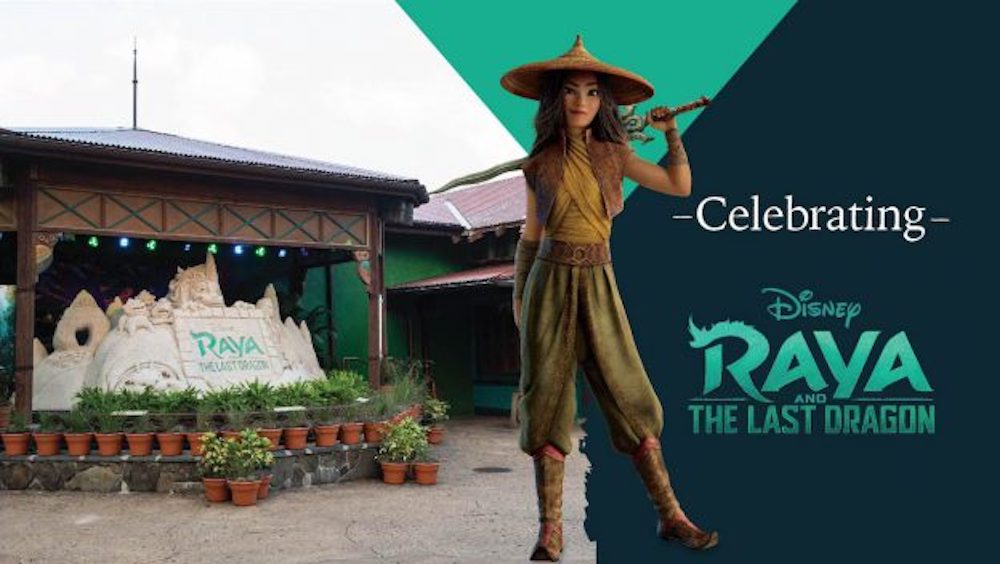 Walt Disney Animation Studios’ “Raya and the Last Dragon” releases this Friday and there are many ways to celebrate the new film at Disney Parks and at home!

‘Raya and the Last Dragon’ travels to the fantasy world of Kumandra, where humans and dragons lived together long ago in harmony. But when an evil force threatened the land, the dragons sacrificed themselves to save humanity. Now, 500 years later, that same evil has returned and it’s up to a lone warrior, Raya, to track down the legendary last dragon to restore the fractured land and its divided people. However, along her journey, she’ll learn that it’ll take more than a dragon to save the world—it’s going to take trust and teamwork as well.

At Disney’s Animal Kingdom Theme Park, Guests can take a photo with a 40-ton sand sculpture at Discovery Island Stage, learn to draw new characters at The Animation Experience at Conservation Station or enjoy several new tasty treats, all inspired by the film. Here’s a look at the making of the sand sculpture that took two artisans three days to carve.

And coming soon, Downtown Disney District will debut a new art installation designed by Walt Disney Imagineering Concept Designer, Xiao Qing Chen. Qing was born and raised in Malaysia and drew inspiration for this artwork from the film and her heritage. Qing’s design intent for the piece is to celebrate differences by respecting, accepting and embracing everyone’s uniqueness and strengths. Stay tuned for details.

Guests can download the free “Raya and the Last Dragon” Activity Packet, a perfect way to discover more about the film with activities themed to nature, storytelling, creativity, friendship and community.

And Guests can find their inner-warrior while streaming the “Raya and the Last Dragon” Soundtrack, featuring score by Oscar-nominated composer James Newton Howard and new original song, “Lead the Way” by Grammy-nominated artist Jhené Aiko.

“Raya and the Last Dragon” releases simultaneously in theaters, including at AMC DINE-IN Disney Springs 24 and on Disney+ with Premier Access this Friday. Additional fee required.