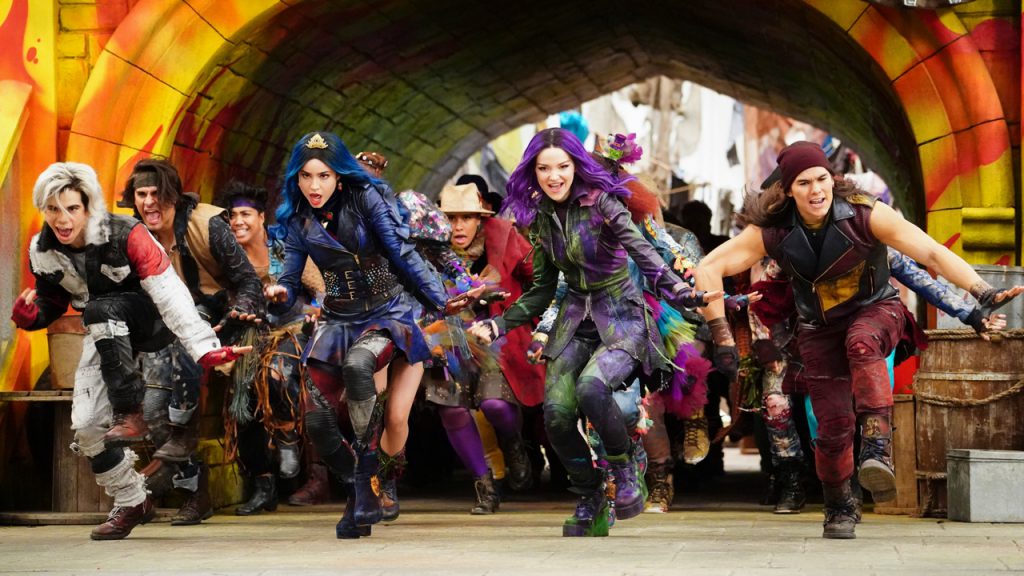 “Descendants” fans and VKs (that’s Villain Kids for the uninitiated) are invited to celebrate this summer’s release of “Descendants 3” at the Disney DescenDANCE Party, rocking the Marketplace Stage at Disney Springs® for a limited time July 26-Aug. 11, 2019. At the Disney DescenDANCE Party, Guests can hit the dance floor to some wickedly good beats, snap and share great pics at a pair of cool photo ops, and catch on-screen shout-outs from some of the stars of the movie.

And if you can’t make it to Disney Springs for this limited run, fear not! The DescenDANCE Party fun will carry on, taking over the stage at Cosmic Ray’s Starlight Café as an added feature during Mickey’s Not-So-Scary Halloween Party, offered select nights at Magic Kingdom® Park starting Aug. 16, 2019.

In “Descendants 3,” after a barrier breach threatens the safety of Auradon during the VKs’ departure off the Isle, Mal decides to permanently close the magical barrier, fearing Uma and Hades will do irreparable damage. But an unfathomable, unforeseen dark force threatens the people of Auradon, and it’s up to Mal and the VKs to save everyone in the kingdom before it’s too late.