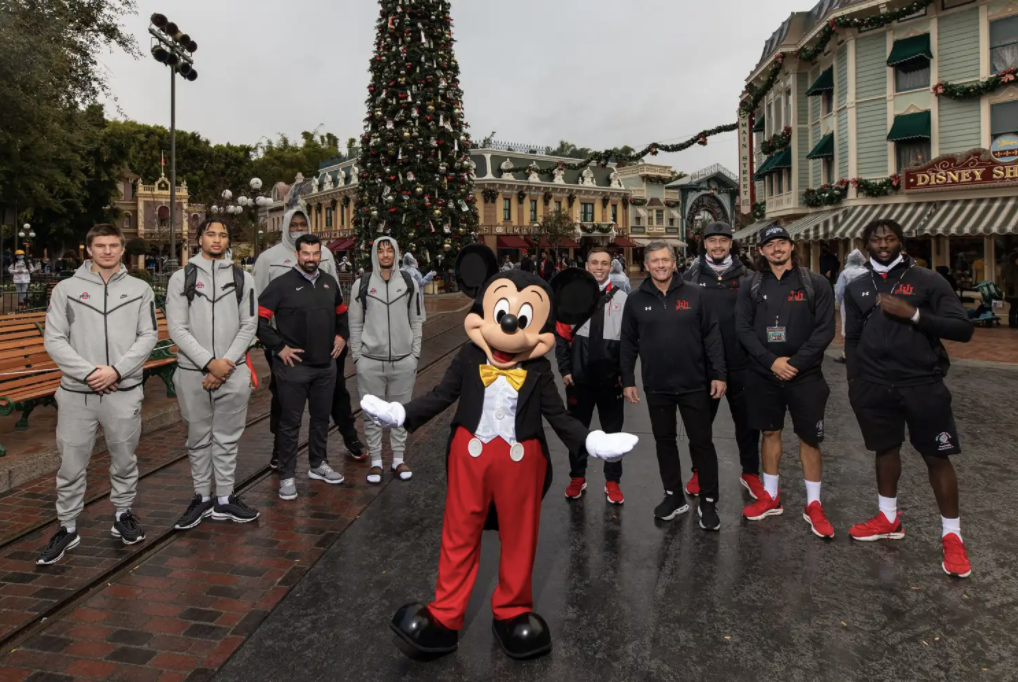 ANAHEIM, Calif. (Dec. 27, 2021) – The No. 6 Ohio State University Buckeyes and the No.11 Utah Utes have won the coveted berths in the 2022 Rose Bowl presented by Capital One Venture X in Pasadena, Calif., and their first stop along the way was a traditional visit to the Disneyland Resort in Anaheim, Calif., on Monday, Dec. 27.

The teams will play in the 108th Rose Bowl Game on Saturday, Jan. 1, 2022. Ohio State finished the regular season with a 10-2 record, while Utah won its first Pac-12 Championship, finishing the season with a 10-3 record overall. Before meeting on the field, the teams met for their first official pre-game appearance, and only joint appearance of bowl week, at the Disneyland Resort.

Immediately following the cavalcade Disneyland hosted media for questions with the head coaches and featured players.

This year will be Ohio State’s 16th appearance in the Rose Bowl Game and marks the first appearance by the Utes in what is also known as “The Granddaddy of Them All” in bowl games. The game also will be just the second meeting of Ohio State and Utah. The last time the two teams met on the gridiron was in 1986, when the Buckeyes beat the Utes, 64-6.