The façade of the Chinese Theater comes alive with the merriment, music and sparkle of the Walt Disney World Resort 2016 holiday season. On, above and around the theater are state-of-the-art projections, special effects, fireworks and even snow. Adding to the immersive experience is a new musical score featuring familiar holiday tunes with an original twist. It’s a holiday show that couldn’t be more merry and bright. 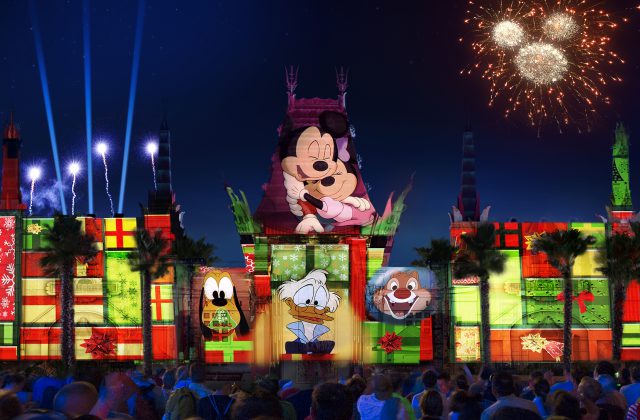 It’s also a cranberry-red situation for elves Wayne and Lanny from ABC/Walt Disney Animation Studios’ animated special “Prep & Landing,” as the duo leads a top-notch team on a search-and-rescue mission for Santa.

Producers used laser technology to enhance the storyline of the “Prep and Landing” elves. Lasers help accentuate the beautiful scenes, dramatize the mission at hand and then rock it out for the Christmas party of a lifetime!

Snowy fun and holiday cheer set to the twinkling tunes of the season bring together holiday moments from Disney films including “Mickey’s Christmas Carol,” “Beauty and the Beast,” “Pluto’s Christmas Tree,” “Bambi,” – even a journey into Tim Burton’s “The Nightmare Before Christmas” (Oogie Boogie’s voice booms with a firewater effect) – all building to a festive finale that’s “So tinsel!” 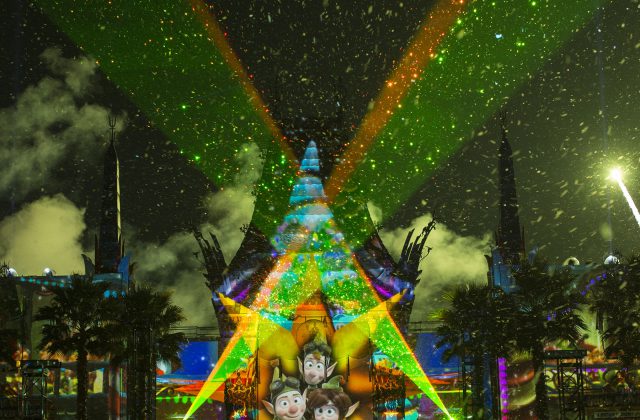 A special message from Santa Claus will cap off this unforgettable spectacular for the whole family.

“Jingle Bell, Jingle BAM!” will run from Nov. 14 to Dec. 31, adding a sparkling finale to any holiday visit to Disney’s Hollywood Studios.

Dessert Parties Make the Holidays Even Sweeter
More holiday cheer is in store for guests who book a new dessert party offered nightly during the show’s run. The Jingle Bell, Jingle BAM! Holiday Party features holiday inspired snacks, decadent desserts and specialty beverages in the courtyard of the Chinese Theater.

Beginning one hour before each performance of Jingle Bell, Jingle BAM!, the party is $69 for adults, and $39 for children, including all taxes and gratuities.

More Holiday Cheer at Disney’s Hollywood Studios
During the holiday season, “Tinsel Town” takes on a completely different kind of meaning at this theme park that celebrates the magic of movies and television. A giant Christmas tree towers over the main entrance, holiday displays capture the imagination, and colorful garlands and lights sparkle. 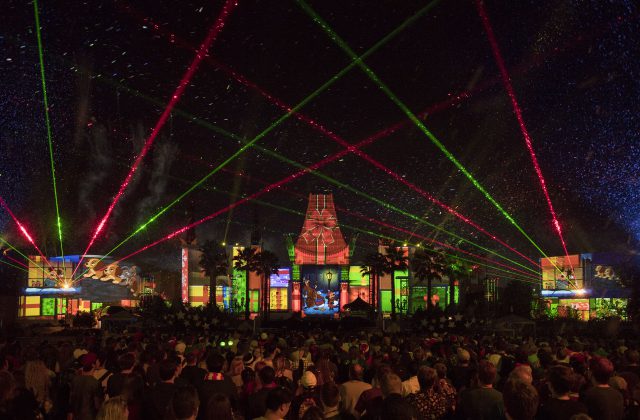 In the spirit of bygone days and Old St. Nick visits to great department stores across the country, guests can share their wish list with him at the Once Upon a Time shop, a vintage setting along Sunset Boulevard.