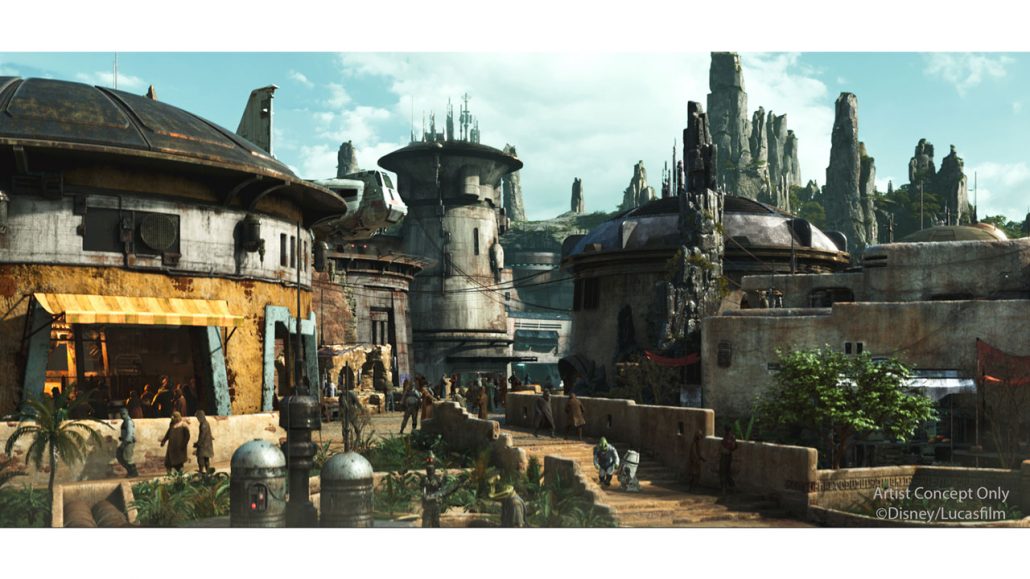 Earlier today, Disney Parks, Experiences and Consumer Products Chairman Bob Chapek shared some exciting news about Star Wars: Galaxy’s Edge at D23’s Destination D event at Walt Disney World® Resort. During his presentation, Bob shared two videos, which for the first time ever, revealed the names of the two major attractions that will be part of Star Wars: Galaxy’s Edge on opening day at Disneyland® Park and Disney’s Hollywood Studios®.

The first, entitled Millennium Falcon: Smugglers Run, puts you behind the controls of the most famous ship in the galaxy in one of three unique flight crew roles.

Our second attraction, which puts you in the middle of an epic battle between the Resistance and the First Order, is called Star Wars: Rise of the Resistance. As you can see from this video, which was shot in the actual attraction, both the stakes, and the excitement are running high in this epic Star Wars cliffhanger!

These two new incredible experiences – paired with the land’s dynamic elements and optional interactive integration with the Play Disney Parks app – invite guests to become galactic travelers and live their own Star Wars stories in a galaxy far, far away.

But that’s not all! When you think about Star Wars, I’m sure that the iconic music of legendary composer John Williams comes to mind. Today, Bob shared more exciting news in that Oscar-winning composer John Williams is creating new and original Star Wars themes exclusively for the land! Bob shared a stirring preview of the all-new music, recorded by the London Symphony Orchestra at Abbey Road Studios. You can listen to the preview as well in this new video, which showcases recent construction progress at Disneyland Park and Disney’s Hollywood Studios.

And there’s so much more to do at this exotic outpost. For example, you can visit a street market in Black Spire Outpost, shop at food stalls where you can enjoy delicacies like blue milk, or visit the Cantina where you can see an old friend Rex, as well as encounter creatures and characters that are hallmarks of the Star Wars universe. Guests from across the galaxy can experience this new larger-than-life land at Disneyland Resort and Walt Disney World Resort beginning in 2019.

Adding to the galactic excitement, Bob shared new details about the currently in-development Star Wars resort coming to Walt Disney World Resort. This groundbreaking experience is unlike any resort experience you’ve ever seen. From the moment you board your launch pod, it’s a fully-immersive, multi-day Star Wars adventure aboard a luxury starship complete with high-end dining, space-view cabins and all of the exciting action you would expect from an authentic Star Wars experience.