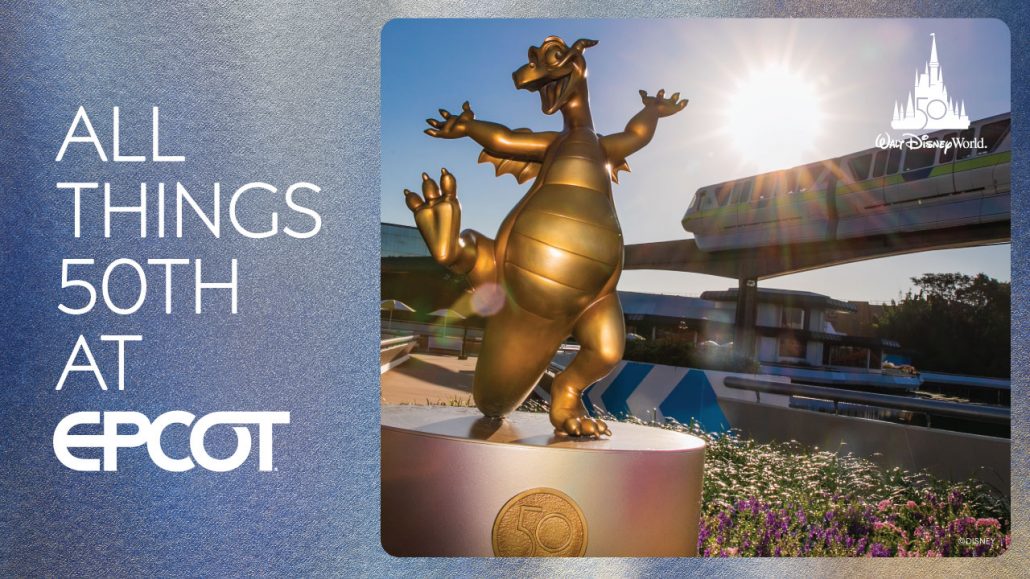 For the 50th anniversary celebration of Walt Disney World Resort, EPCOT is shining like never before with exciting EARidescent magic for all to enjoy! 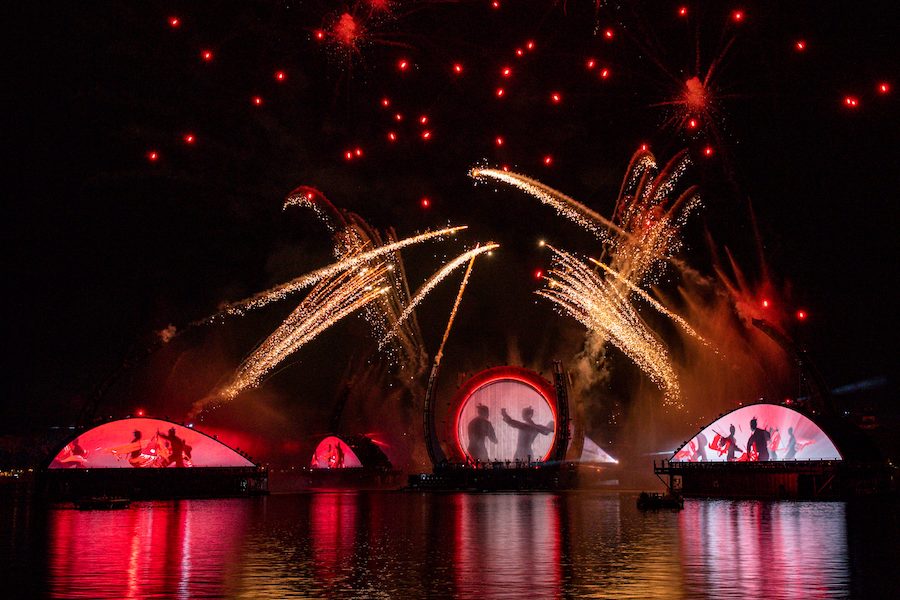 EPCOT is a theme park that’s always in a state of becoming – and newly added offerings celebrating the Resort’s 50th are a significant part of the journey. New celebratory park offerings include once-in-a-lifetime experiences, dazzling decorations, themed treats, exclusive merchandise and more. Today, we’re sharing a special look at the 50th anniversary festivities at EPCOT.

The nighttime spectacular “Harmonious” is a key milestone in the historic transformation of EPCOT, celebrating the way Disney music inspires people the world over, carrying guests away on a stream of familiar visuals and songs reinterpreted by a culturally diverse group of 240 artists from around the globe. The show is one of the largest nighttime spectaculars ever created for a Disney theme park featuring floating set pieces, choreographed fountains, lights, lasers and more.

“Harmonious” is an experience that could only happen at EPCOT, a place where the impossible becomes possible through the power of human imagination and the magic of Disney. Here are more details about this one-of-a-kind evening extravaganza. 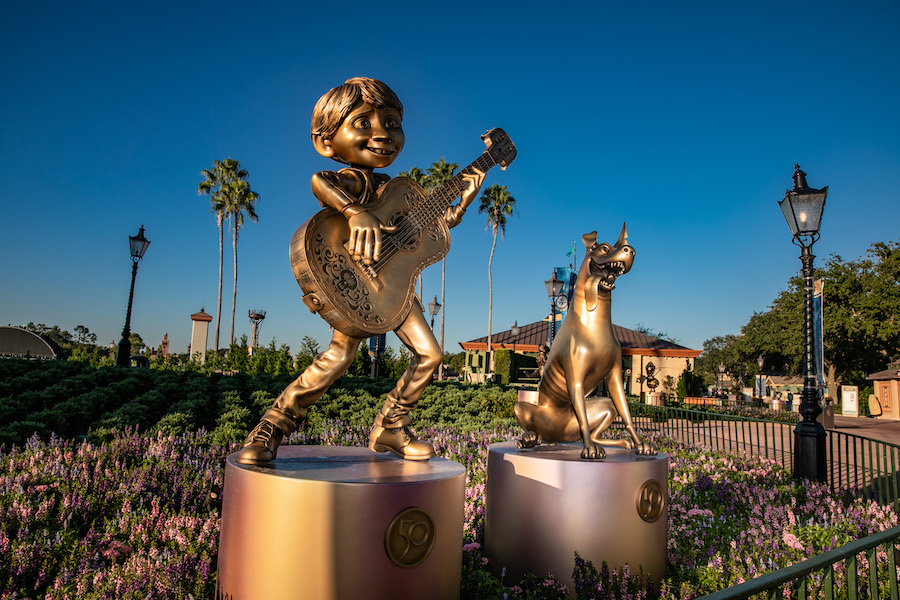 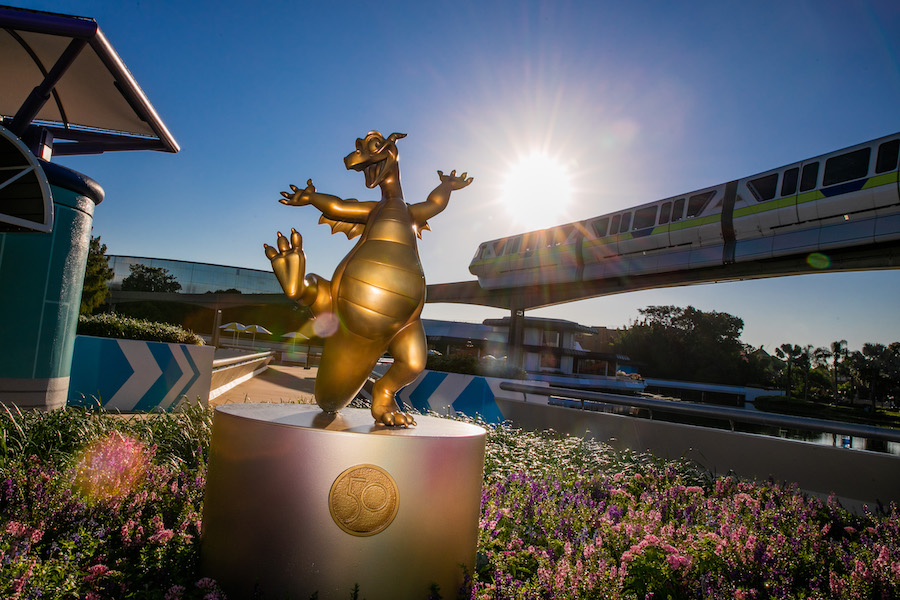 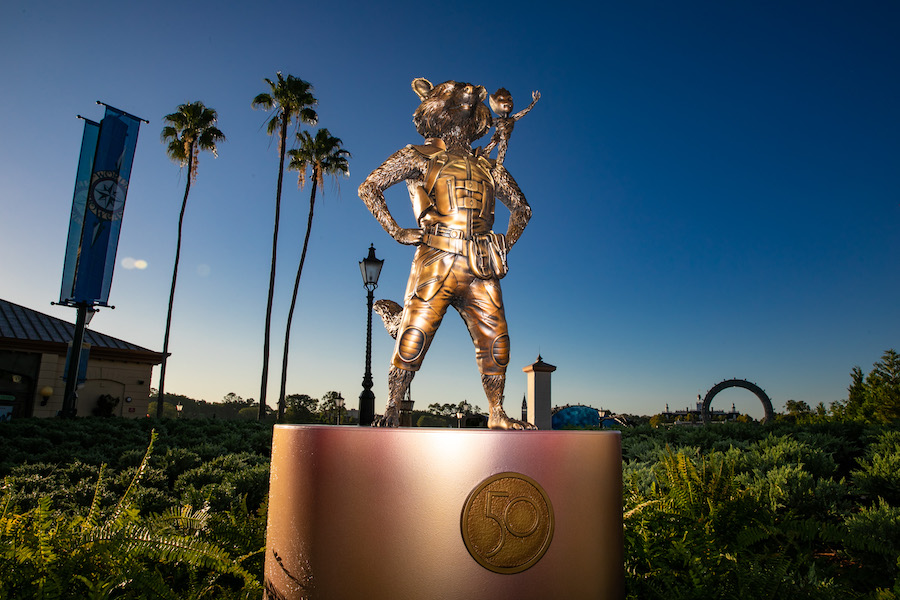 During the 18-month anniversary celebration that reaches every corner of Walt Disney World Resort, “Disney Fab 50 Character Collection” golden sculptures can be discovered throughout the parks – each paying homage to the past 50 years of Walt Disney World while also ushering us into the next 50 years. 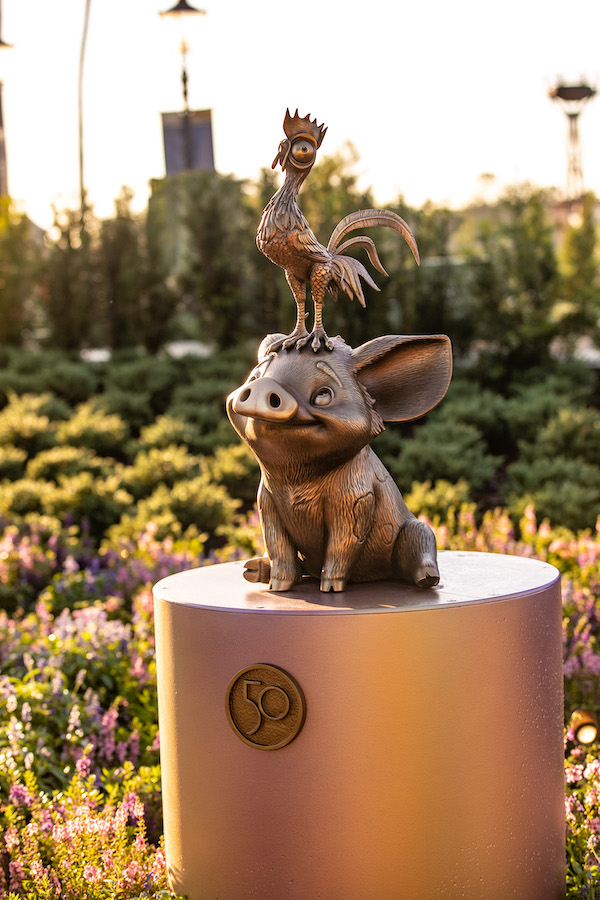 At EPCOT, guests can find sculptures of Disney characters, including Figment, Rocket and Baby Groot, Olaf and Bruni, Dante, Miguel, Pua and Hei-Hei. As guests encounter the “Disney Fab 50” in the parks, they can snap a photo and share on social with #DisneyWorld50. 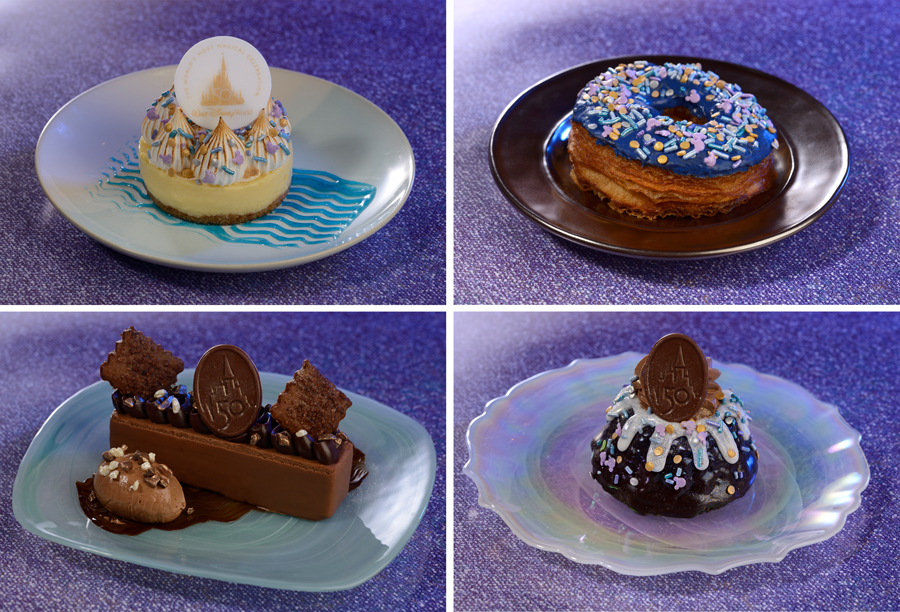 Disney chefs and mixologists have created delights that include a touch of EARidescent shimmer to celebrate the 50th anniversary celebration at EPCOT – here’s where guests can enjoy them in the park: 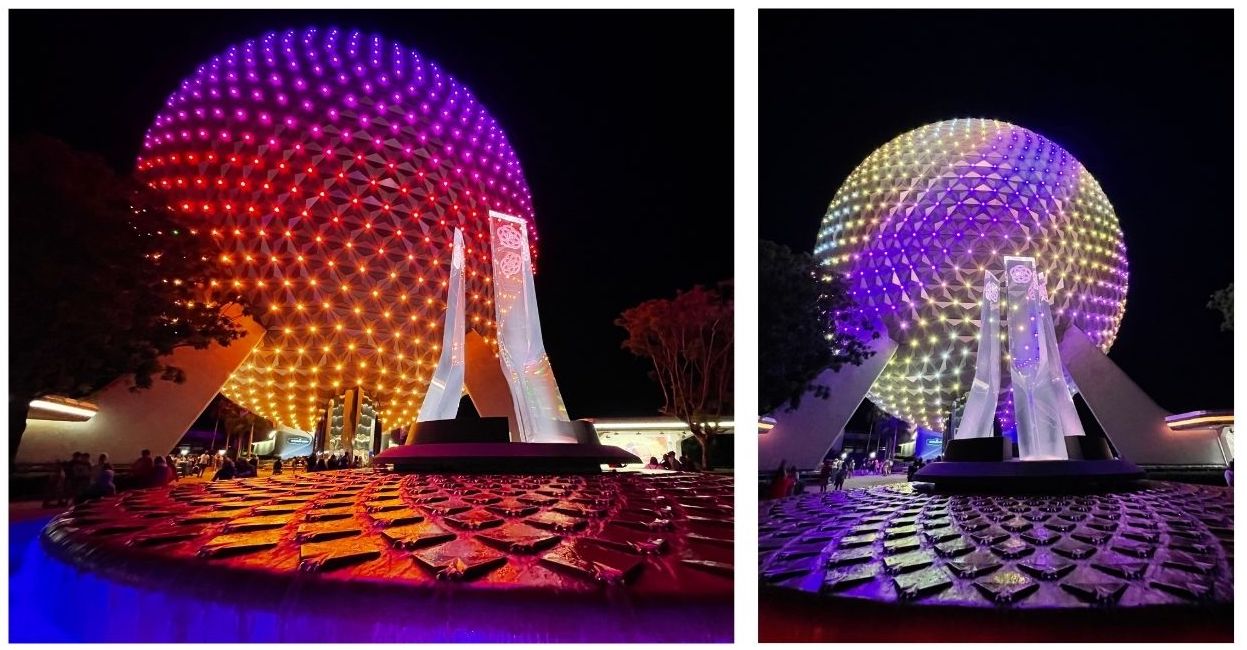 During the 50th anniversary celebration, Walt Disney World Resort theme park icons are also transforming into magnificent Beacons of Magic at night, beckoning all to come and celebrate.  And at EPCOT, Spaceship Earth is glowing!

As part of the park’s transformation, guests can see lights shine from within Spaceship Earth’s reflective panels as stardust emerges to symbolize beacons of possibility and optimism – and the glowing magic will continue even after the 18-month celebration. 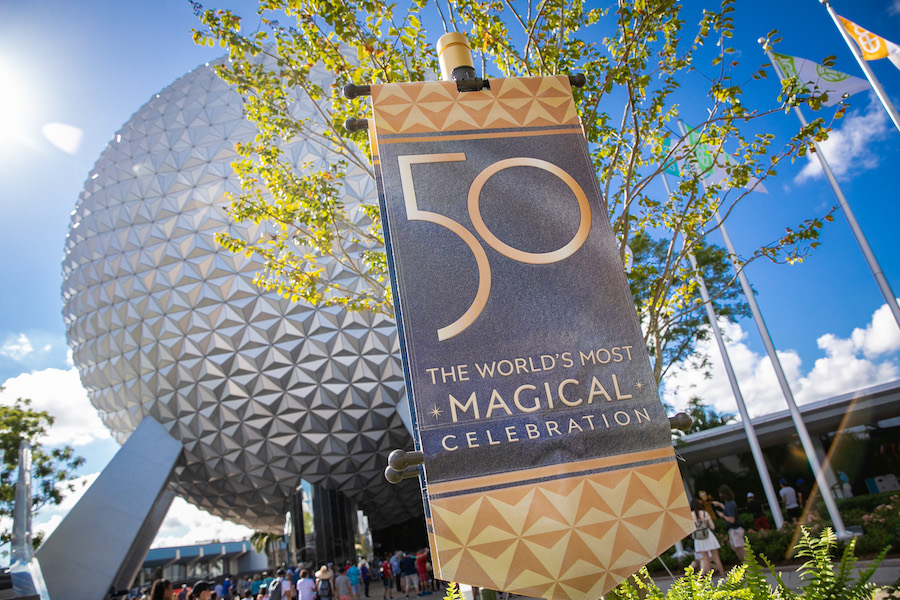 Delightful EARidescent decorations and magical touches can also be found throughout EPCOT.  Disney teams have created new decorations that shimmer and sparkle all day and into the night! 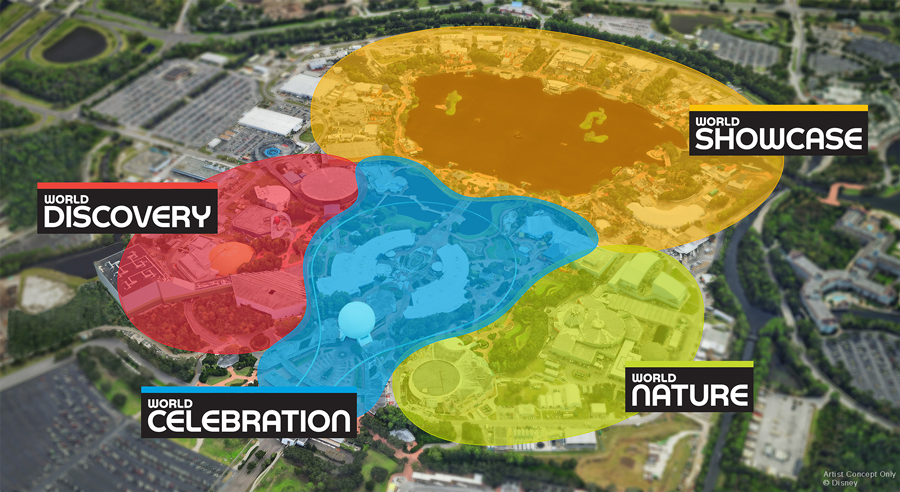 And with the start of the 50th anniversary celebration, EPCOT is now unified with four neighborhoods – World Showcase, World Celebration, World Nature and World Discovery. As we’ve shared, these neighborhoods are filled with new experiences rooted in authenticity and innovation that take guests to new destinations, where the real is made fantastic in a celebration of curiosity, discovery and the magic of possibility. 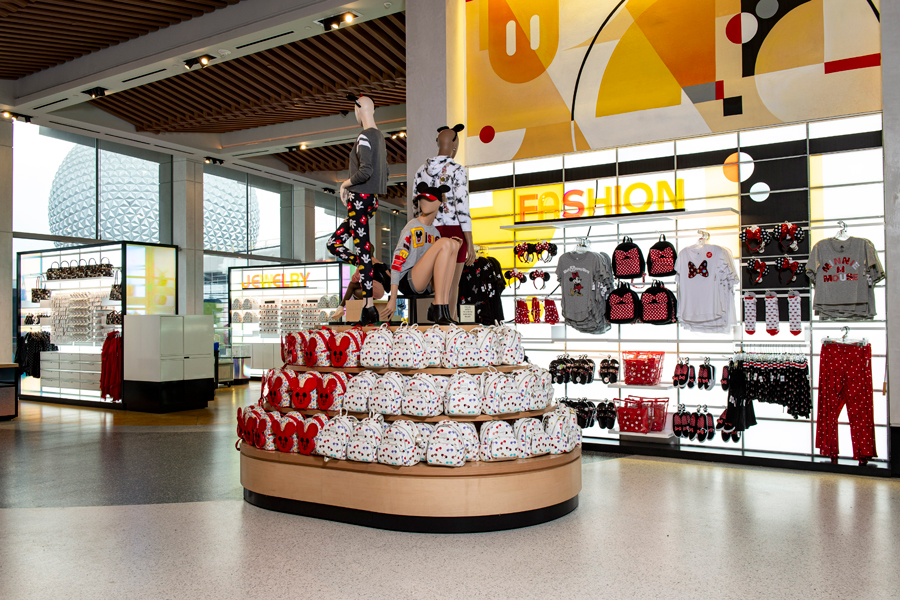 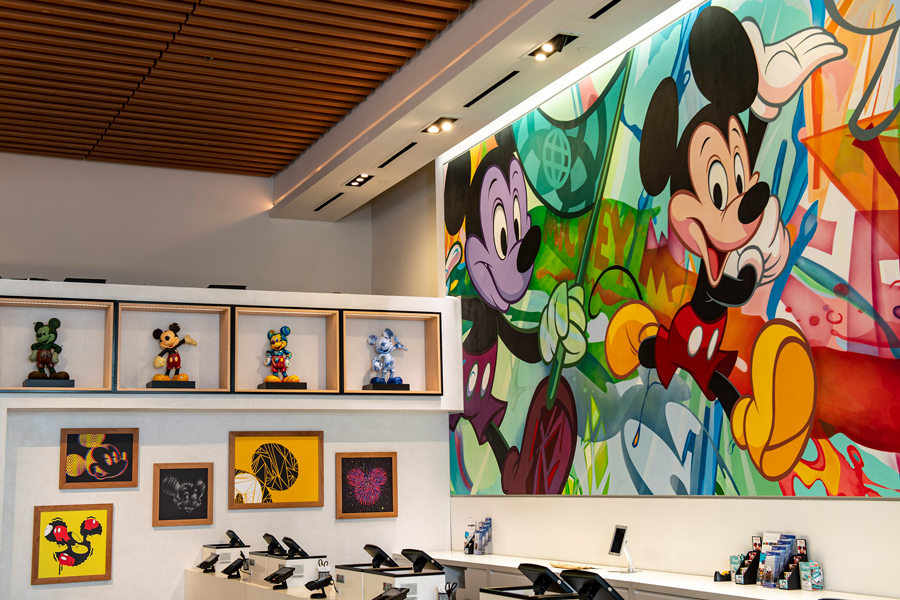 Also, another part of the historic transformation of EPCOT that guests can experience during the 50th anniversary celebration is Creations Shop, the park’s new flagship merchandise destination.  At Creations Shop, which celebrates Disney’s legacy of creativity by honoring the nostalgia of EPCOT’s past and the exciting promises of its future, guests will find special merchandise collections created for The World’s Most Magical Celebration.

As Zach Riddley recently shared, Disney Imagineers used one-of-a-kind art installations, meaningful souvenirs and a contemporary architectural design to bring the story of EPCOT and Disney creativity to life at this new destination.

Throughout the 50th anniversary celebration, the original anthem “The Magic Is Calling” is included in special live entertainment moments across Walt Disney World Resort. And guests can now hear versions of the anthem performed by the legendary Mariachi Cobre and Voices of Liberty at EPCOT. 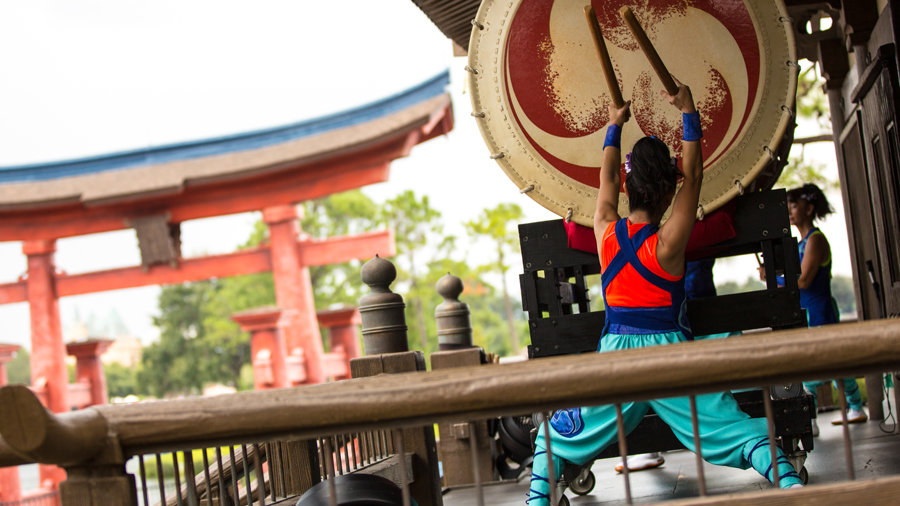 Also, during the festivities, some favorite live entertainment experiences are back! At EPCOT, World Showcase travelers are dancing to the Canadian rhythms of Alberta Bound, laughing at the antics of Sergio in Italy, and experiencing the majestic percussion of the Taiko drummers of Matsuriza in Japan. 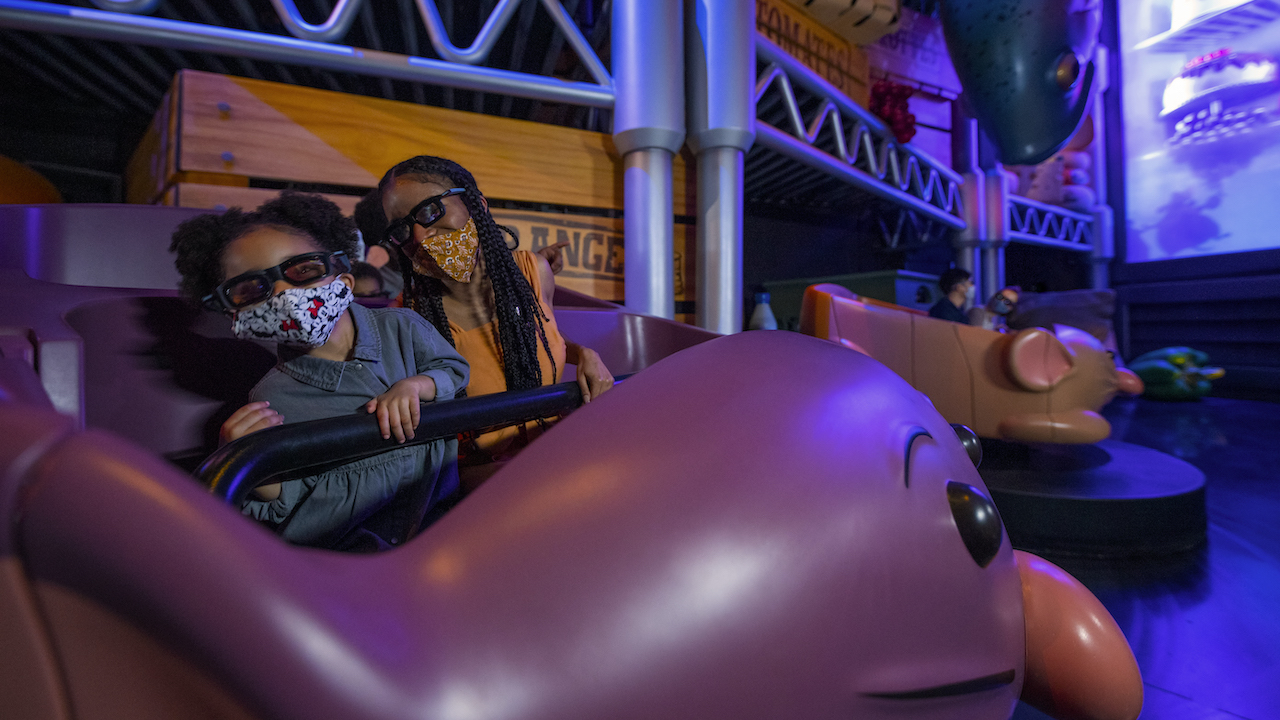 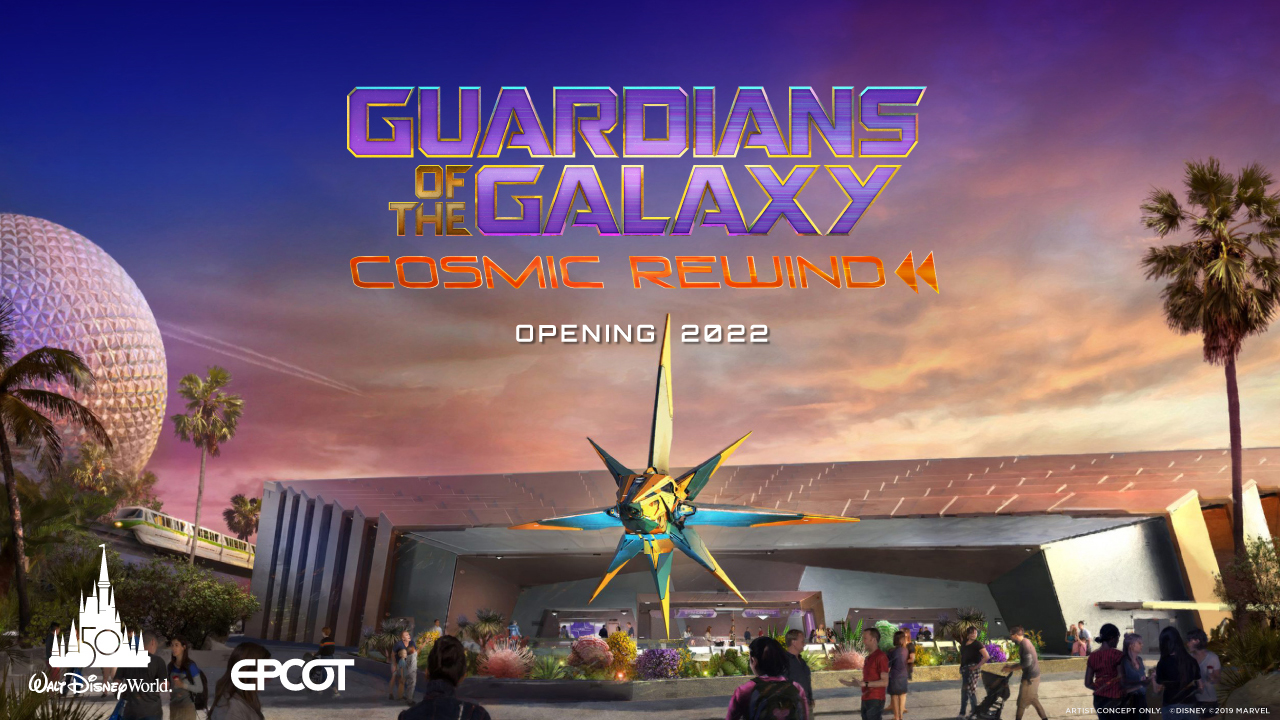 And of course, there’s another significant milestone in the transformation of EPCOT coming during the 50th anniversary celebration – the debut of Guardians of the Galaxy: Cosmic Rewind in 2022!  This attraction invites EPCOT guests to the first “other-world” showcase pavilion in the park’s newly renamed World Discovery neighborhood.  It’s a thrilling new family-friendly attraction inviting guests to join the Guardians of the Galaxy on an awesome, intergalactic chase through space and time.” 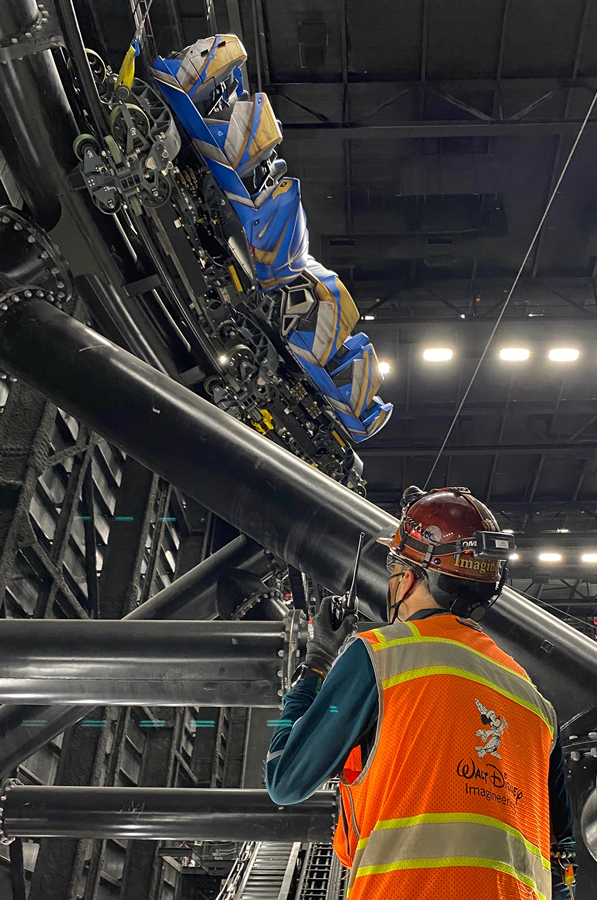 Stay tuned as we continue our 50th anniversary celebration at EPCOT and across the entire Walt Disney World Resort.