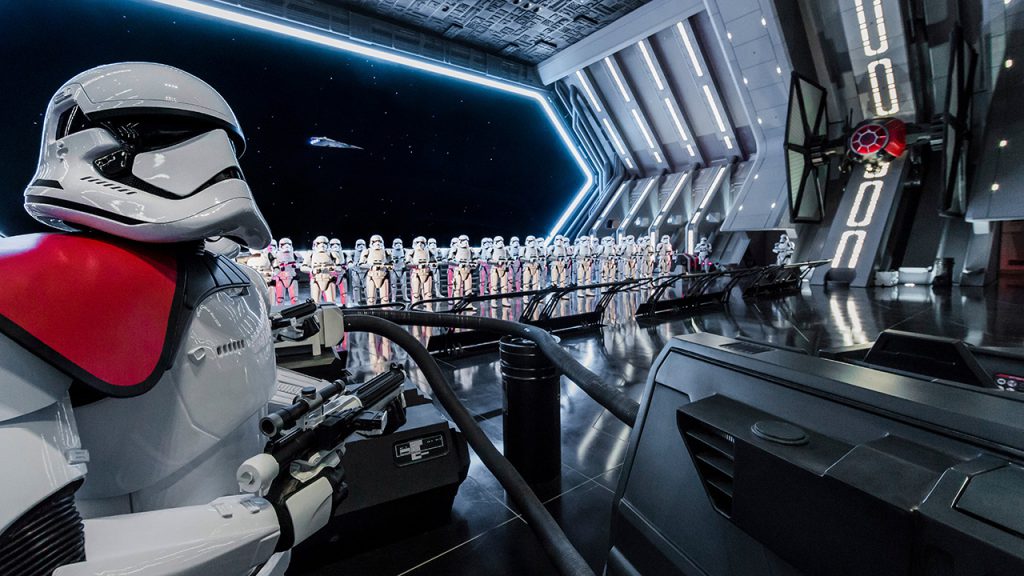 The highly anticipated attraction Star Wars: Rise of the Resistance at Star Wars: Galaxy’s Edge will open on Dec. 5, 2019 at Disney’s Hollywood Studios® in Florida and Jan. 17, 2020 at Disneyland® Park in California.

When it opens, this harrowing adventure will blur the lines between fantasy and reality and will put you in the middle of a climactic battle between the First Order and the Resistance. Guests will join the Resistance and depart from Batuu in a transport ship to meet General Leia Organa at a secret rendezvous point. Along the way, however, they’ll be captured by a First Order Star Destroyer. The action then ramps up as Guests seek to escape the clutches of Kylo Ren and the First Order – with the help of some heroes of the Resistance. Today, we’re excited to share this first look inside the attraction!

Star Wars: Rise of the Resistance will be one of the most ambitious, advanced and immersive experiences ever undertaken by Walt Disney Imagineering. The attraction is also one of the largest Disney has ever created. Its massive show building is a world unto itself, housing two full-size AT-AT walkers and a Star Destroyer hangar bay – complete with a TIE fighter and a garrison of Stormtroopers – plus more thrills and surprises.