First Look: Mosaics in the Making at Disney’s Riviera Resort

First Look: Mosaics in the Making at Disney’s Riviera Resort 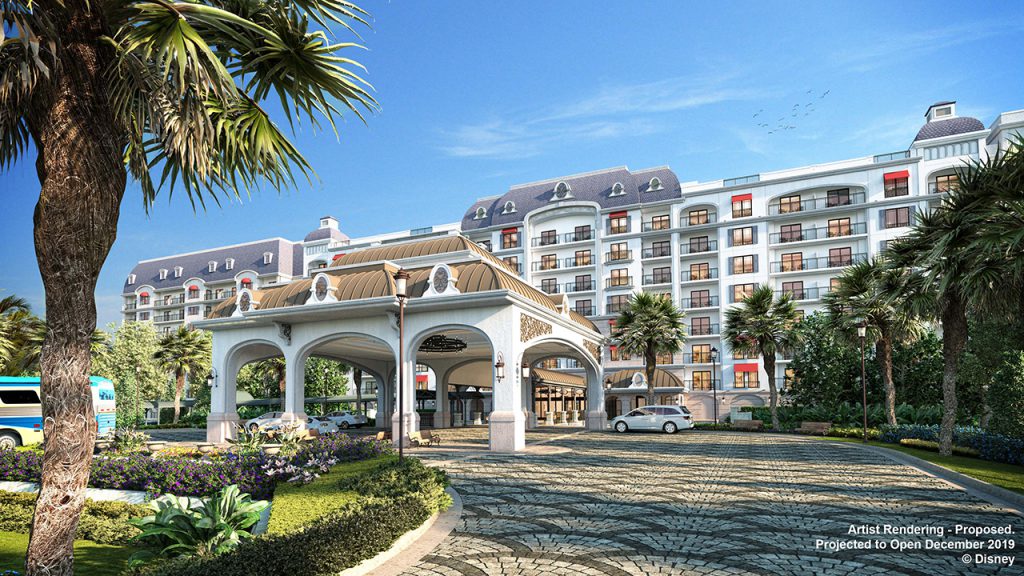 Artistry, inspiration and imagination are everywhere to be found at Disney’s Riviera Resort, the newest upcoming Walt Disney World® Resort.

A walkway tunnel at Disney’s Riviera Resort will feature two stunning mosaic murals showcasing Disney storytelling of European tales. The original stories that inspired these murals were included in the collection of over 300 books that Walt Disney sent back to his studios while traveling Europe in the 1930s. The use of mosaics for the murals celebrates the beauty of the art style, materials and craftsmanship.

Both mosaic murals will be massive installations, recessed into the tunnel walls and spanning across the arched ceiling. Each of the two pieces will feature a unique story set along the tunnel wall and will be joined at the top by a shared mosaic sky, rising 20 feet in the air.

The mural pictured below shows a magical scene of London at night, with Peter Pan, Wendy, Michael and John flying off to Neverland. More than 500,000 hand-cut tiles were laid by hand to create this amazing mosaic! 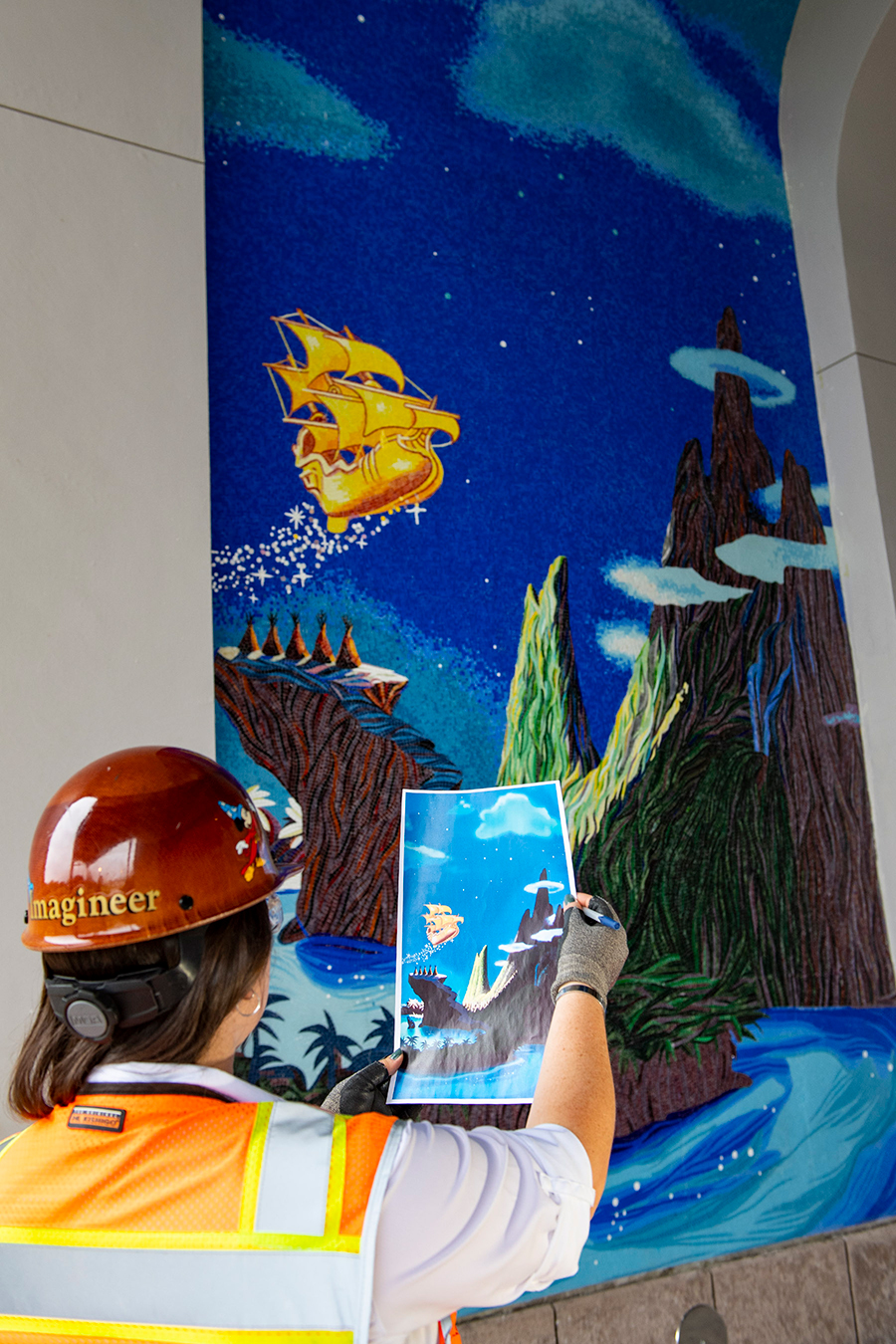 Now that you’ve seen a sneak peek at one of the two magnificent murals coming to Disney’s Riviera Resort, what’s your guess at the beloved story the other mosaic will depict?

Disney’s Riviera Resort is under construction now and projected to open Dec. 16, 2019. 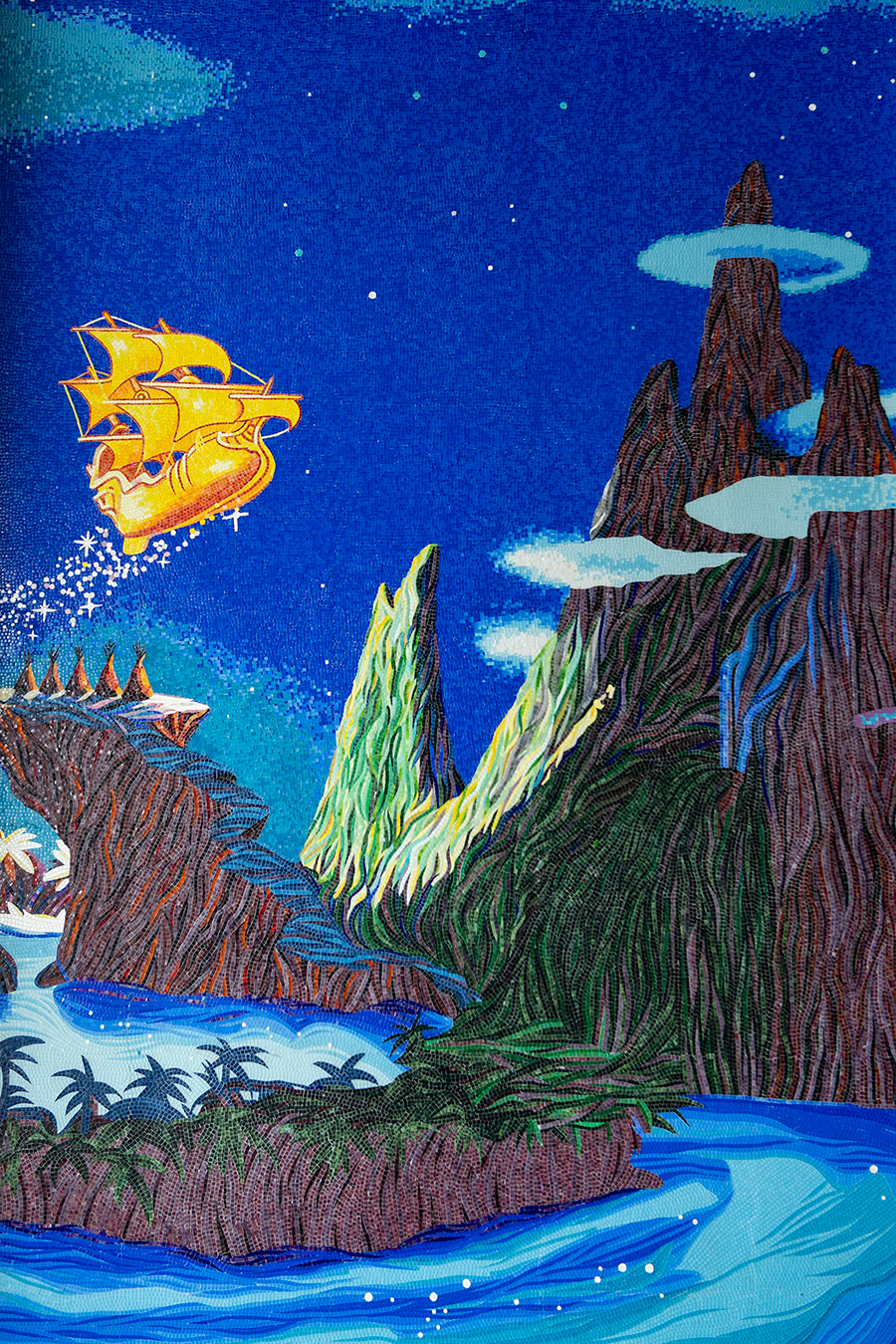