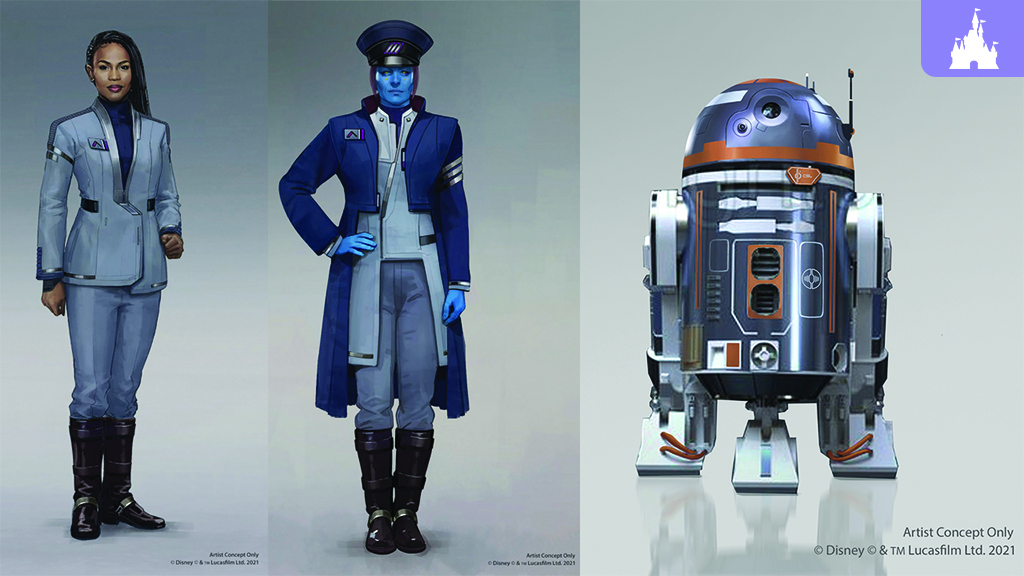 Reservations are now open for Star Wars: Galactic Starcruiser, the first-of-its-kind, two-night immersive vacation experience in a galaxy far, far away. Debuting March 1, 2022, at Walt Disney World Resort, this Star Wars adventure will make Guests the hero of their own story as they tour the galaxy aboard the glamorous Halcyon starcruiser.

Throughout their voyage, Guests will see, feel and live Star Wars, which includes the possibility of meeting heroes of the Resistance like Rey and Chewbacca, or encountering the malevolent Kylo Ren of the First Order. But the starcruiser also brings with it a host of characters new to the Star Wars galaxy, created especially for this experience.

Let’s meet a few of them for the first time! 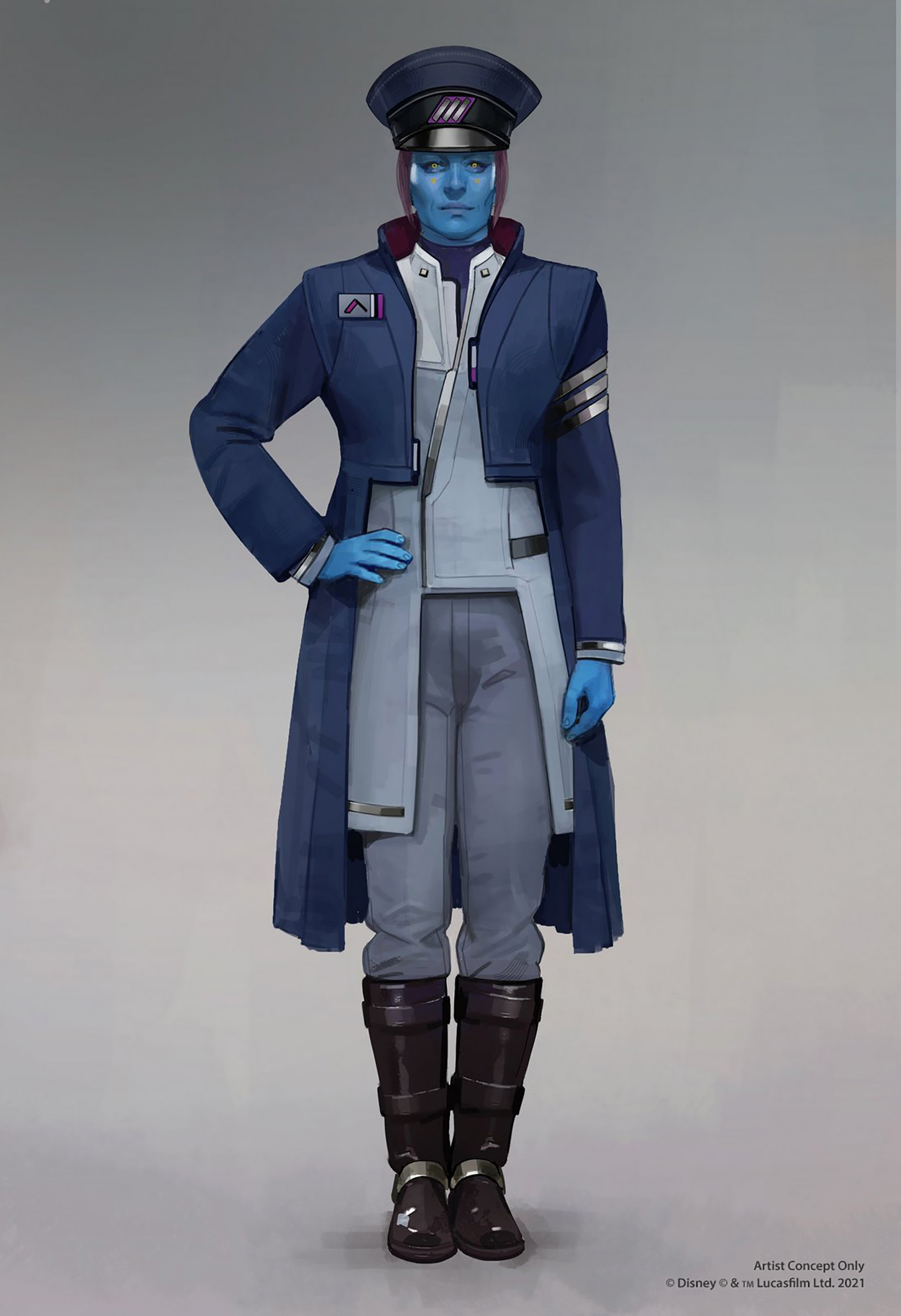 Charismatic, respected and trustworthy, Captain Keevan will lead Guests’ voyage aboard the Halcyon starcruiser. She is a strong and decisive leader, endearing herself to both her crew and her passengers by being fair to all and cool under pressure – a skill she’s learned from her … “adventurous” history. Guests will likely find the captain on the ship’s bridge – and they’d be wise to listen carefully and follow her instructions. 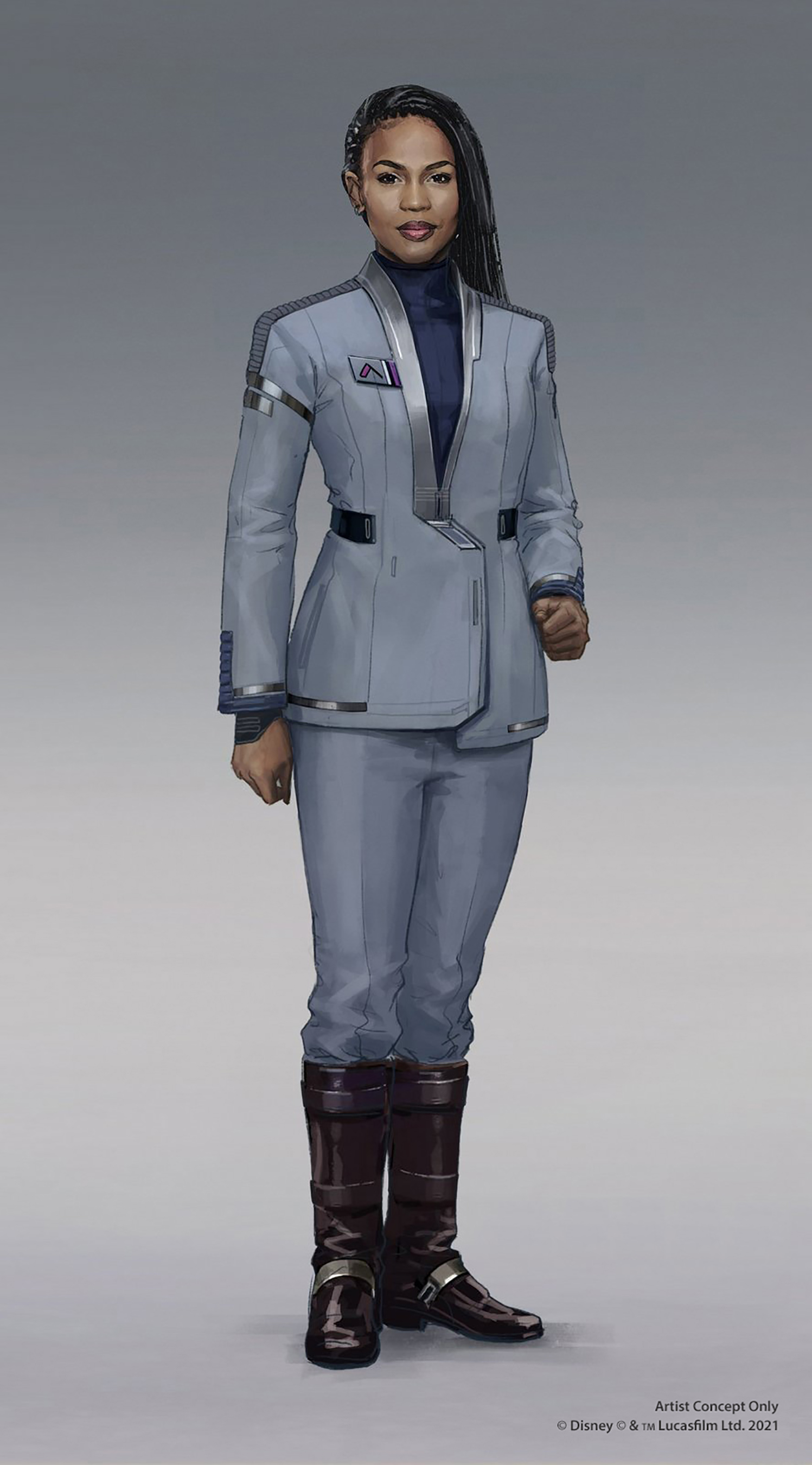 There is much fun to be had aboard the starcruiser, and Lenka Mok is Guests’ go-to crew member to discover it all. As the captain’s right hand, Mok is in charge of onboard entertainment, so it’s her job to make sure every voyage is an adventure. An optimistic and joyful soul, Mok’s happiness is derived from Guests, so this is definitely someone they’ll want to meet! 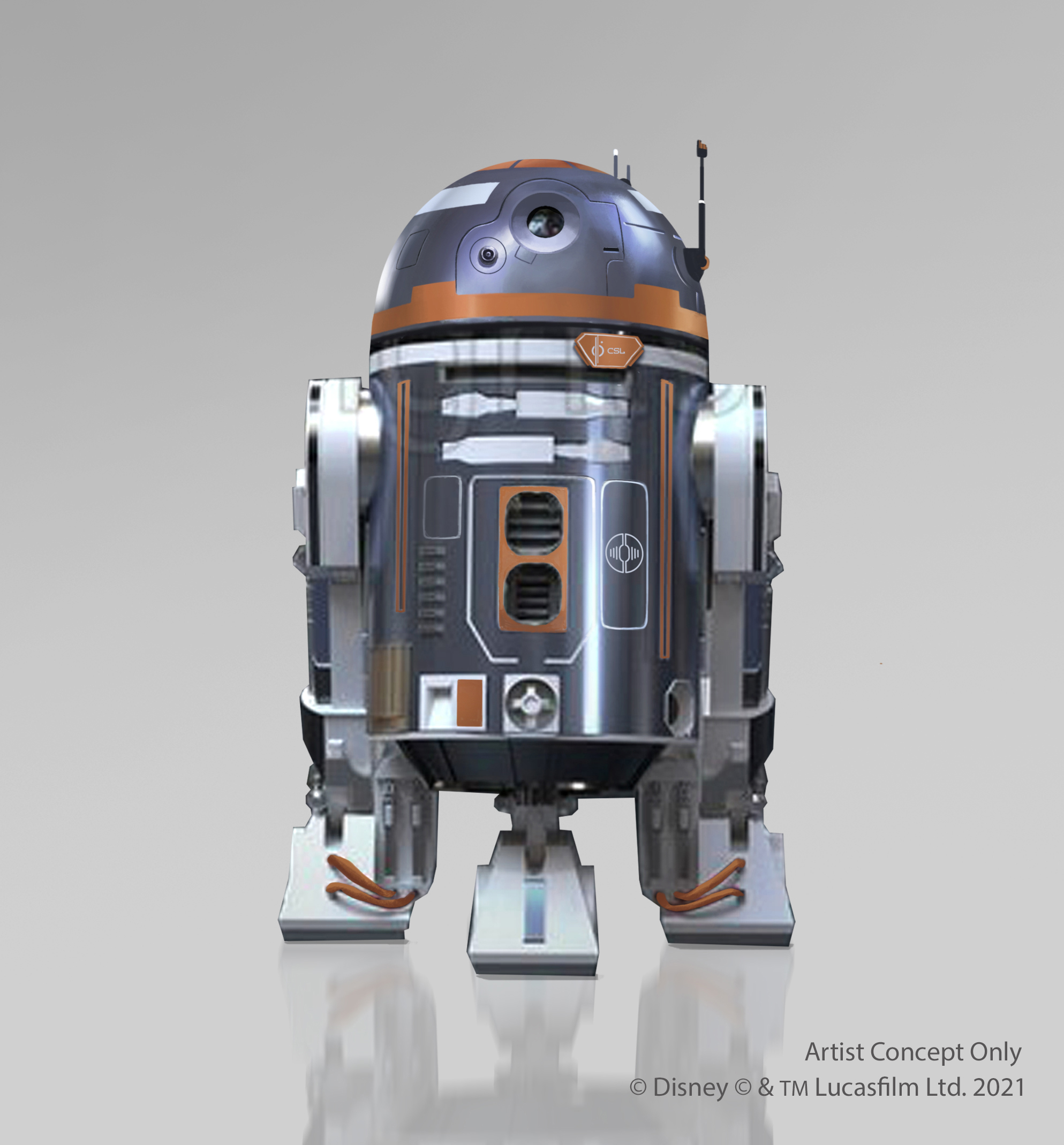 This astromech droid is Mok’s assistant cruise director, ensuring things run smoothly and on time. He keeps an eye on all the workings of the ship and is devoted to Mok and Captain Keevan. And while he loves to have fun with guests, he’s also good in a pinch if anything should go awry (one of his many hidden talents). 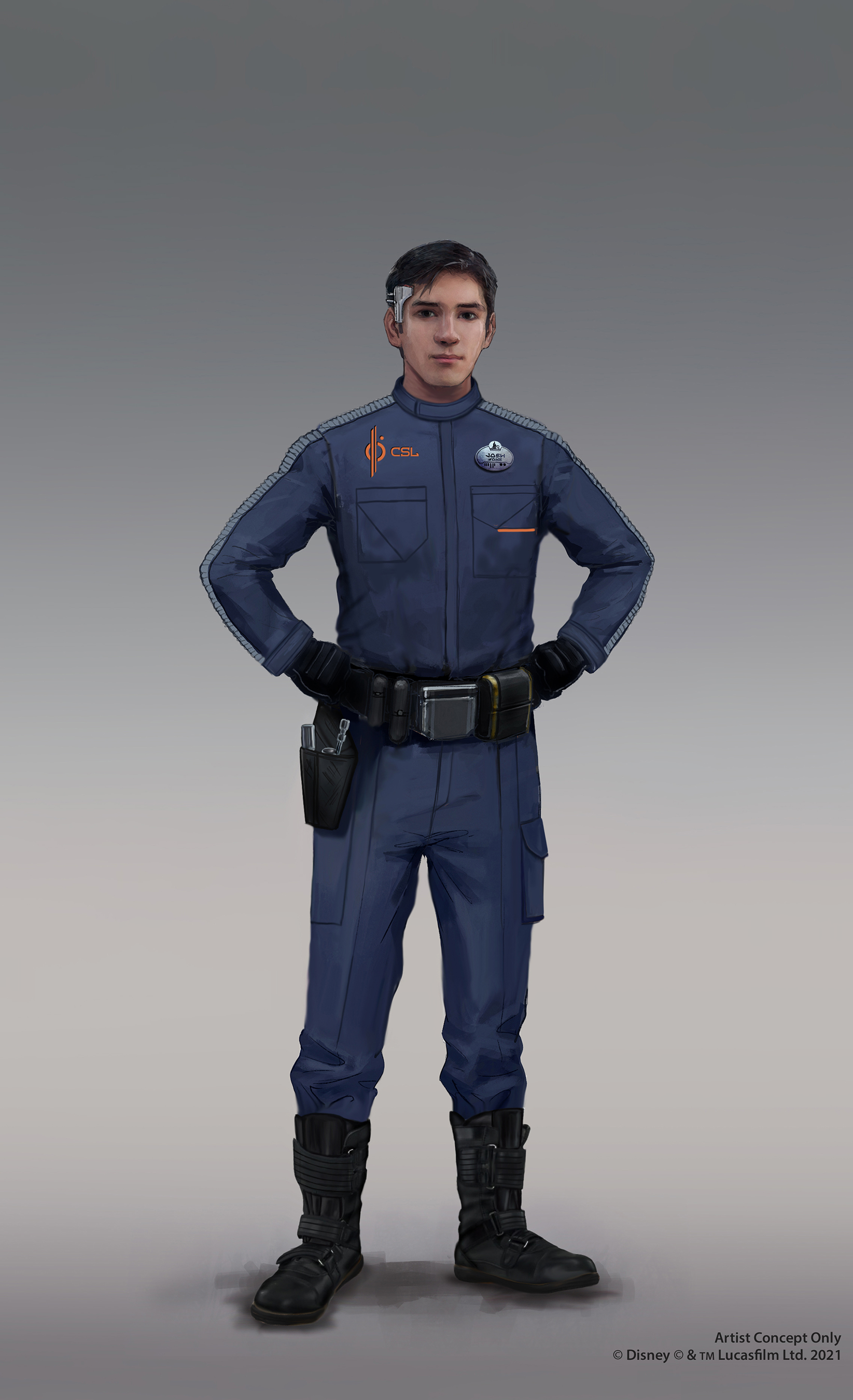 Sammie’s proficiency as the ship’s new mechanic is actually not his most endearing feature. His enthusiasm and good-natured personality quickly won over the starcruiser’s crew and that makes him popular among guests who happen across his path. He’s clearly eager to prove himself on such a well-appointed vessel, and his tasks always seem to get done … somehow. 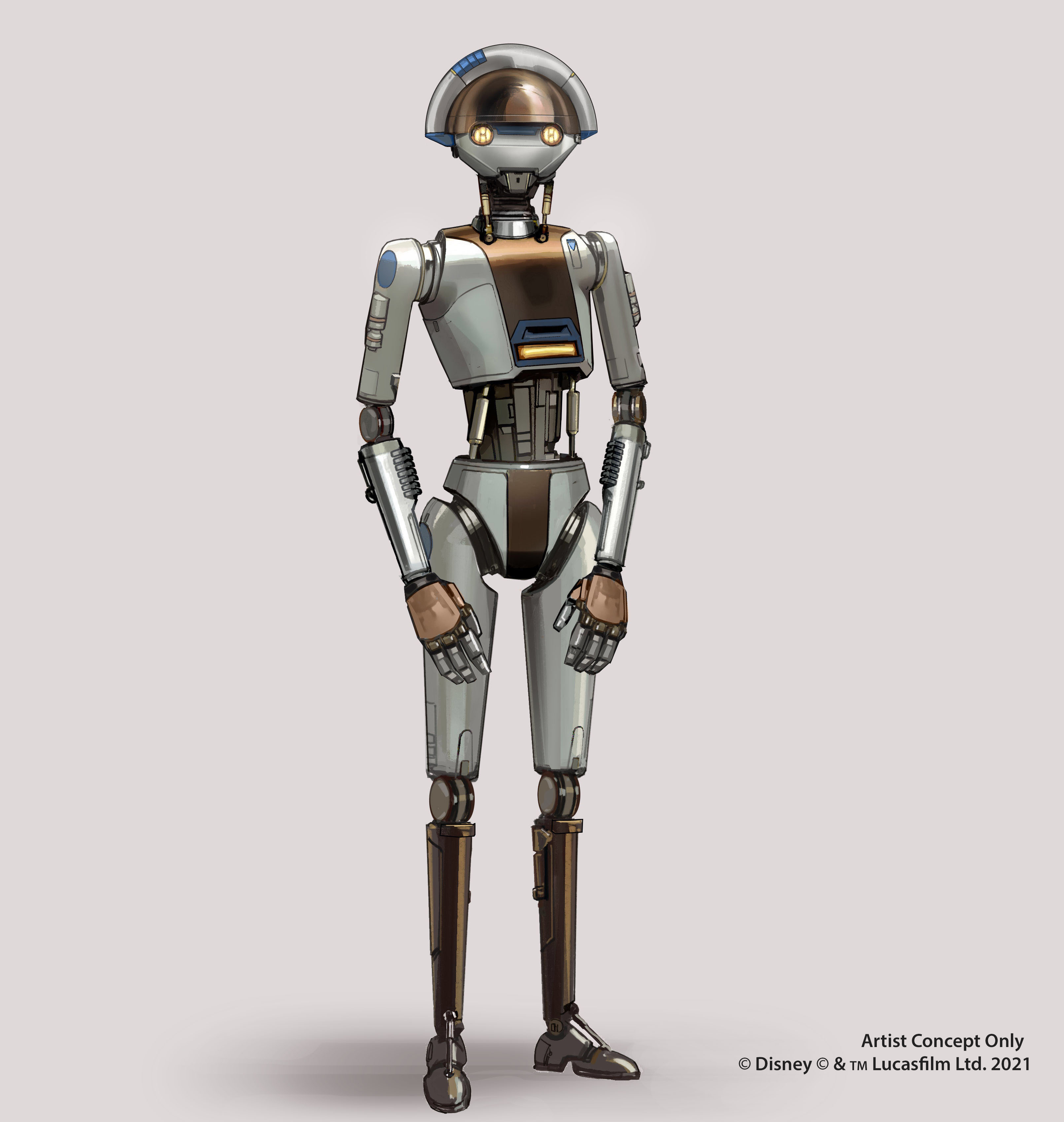 D3-O9 is another droid Guests may see appear on viewscreens onboard the Halcyon starcruiser. Her primary responsibility is running ship logistics, so she certainly knows everyone and everything happening onboard during a voyage. But her favorite part of the job is talking with passengers. Built centuries ago by Chandrila Star Line’s founder, D3 has seen the ship’s history – and the entire galaxy – evolve, and she’s not shy about sharing her knowledge and opinions with passengers.

While the Halcyon starcruiser is a pleasure vessel, this is a stormy time in the galaxy as battles rage between the First Order and the Resistance – and it’s often impossible to avoid the conflict. The ambitious and intimidating Lt. Croy is on special assignment to root out and expose any Resistance fighters who are rumored to be aboard the ship. Will you help him? Will you support the Resistance? Will you just sit back and see how the whole thing plays out? The choice is yours.

We’ll have much more on Star Wars: Galactic Starcruiser as we prepare for its debut in March, so keep following along with us here for all the goings-on from that galaxy far, far away.