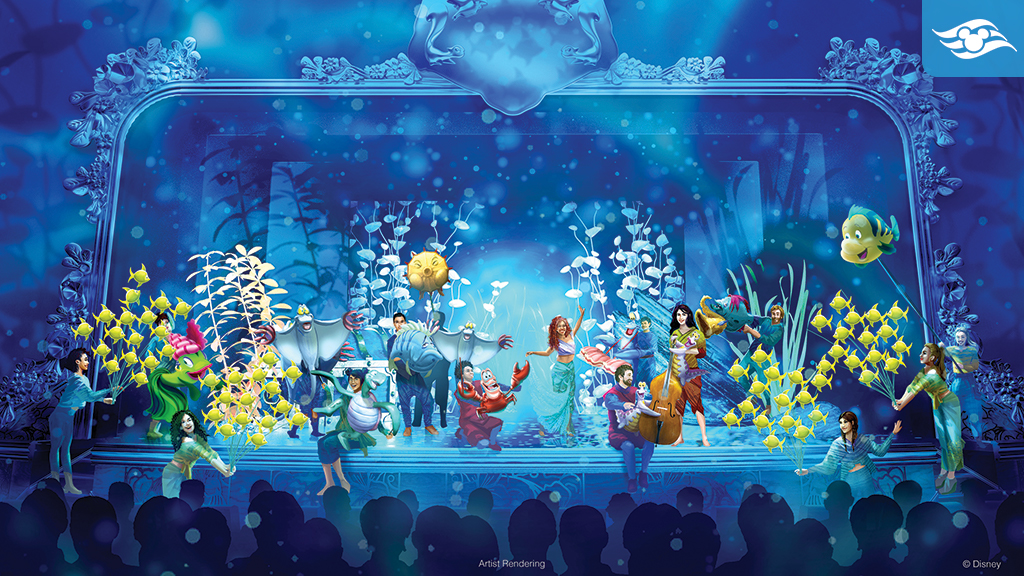 A few months ago, we announced a dazzling line-up of new entertainment coming to the Disney Wish this summer, including “Disney The Little Mermaid” – an original take on the renowned Walt Disney Animation Studios film. Today, we’re excited to share new details and concept art of this spectacular show! But first, let’s set the stage …

The creative minds at Disney Cruise Line have joined forces with a team of top Broadway talent to develop an all-new stage adaptation of “The Little Mermaid” exclusively for the Disney Wish. In this modern-day retelling, audiences will rediscover the iconic scenes, acclaimed music and beloved characters of the film, as a cast of contemporary storytellers put their own spin on the timeless tale.

“Disney The Little Mermaid” will feature innovative theatrical design, dazzling special effects, artistic choreography, and a reimagined script and score that will surprise and delight guests of all ages. Here’s a closer look at three of the most wow-worthy scenes: 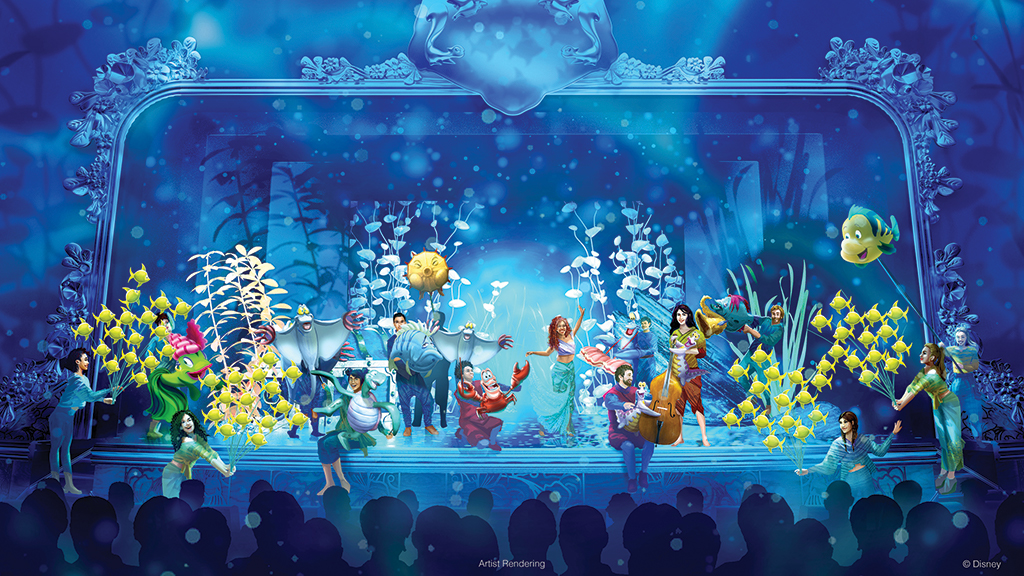 “Under the Sea” will be the show’s biggest production number, complete with incredible vocals, show-stopping choreography and plenty of special effects. Here, the show’s cutting-edge puppetry will be on greatest display, as countless sea creatures and fantastical characters like Sebastian and Flounder gather on stage to sing, dance and celebrate. 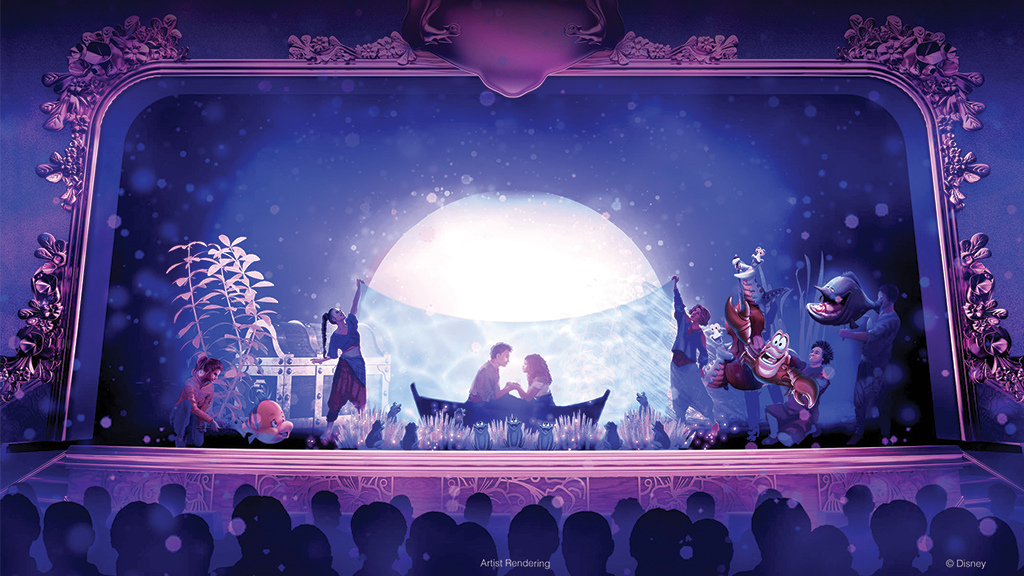 Throughout the show, playful scenic designs and state-of-the-art video projections will transform the Walt Disney Theatre into a 360-degree undersea environment. During “Kiss the Girl,” Sebastian will lead a chorus of sea life in a refreshed rendition of the melody as the audience is visually transported into the scene. In a new twist exclusive to our show, even though Ariel doesn’t have a voice at this point in the story, her inner voice will play an important and meaningful role in the song. 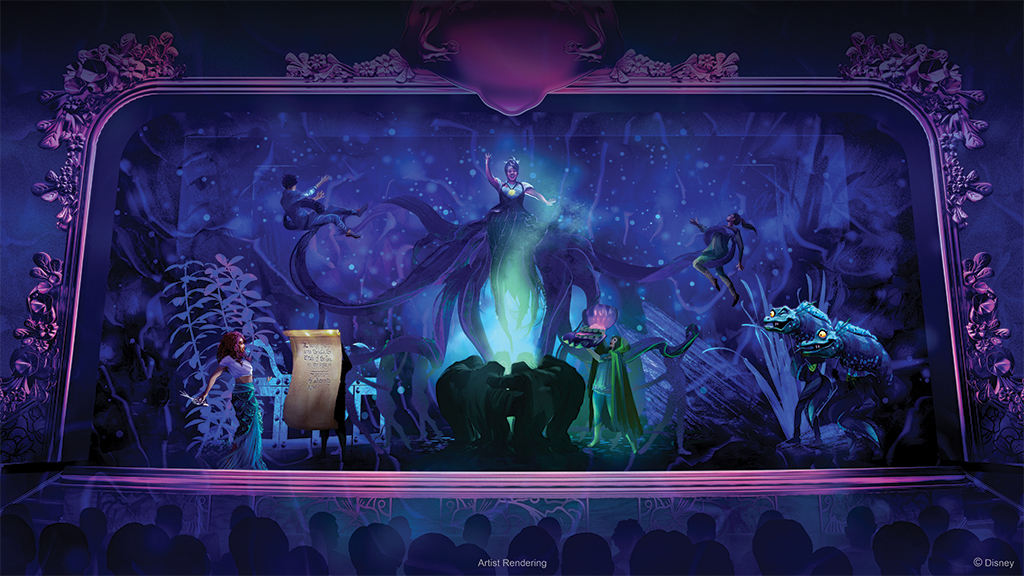 At Destination D23 last fall, we shared a sneak peek at the show’s spin on “Poor Unfortunate Souls.” This will be a more soulful take of the classic tune, filled with all of Ursula’s confidence and glamour. During this number, her power will manifest in a jaw-dropping moment as she truly becomes larger than life.

Stay tuned for more details about entertainment aboard the Disney Wish coming soon.