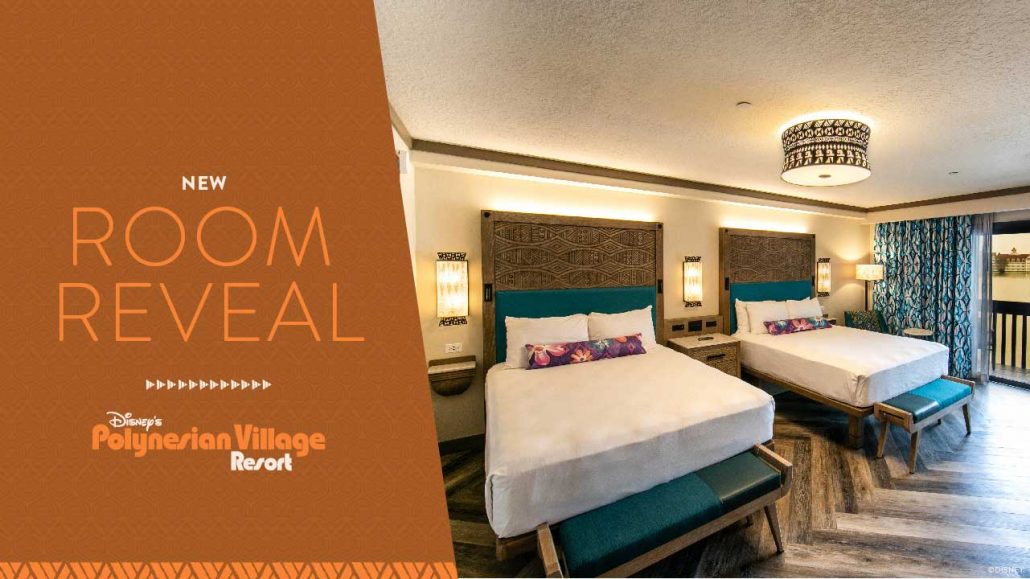 Reimagining is underway at Disney’s Polynesian Village Resort at Walt Disney World Resort! Have a look at these new photos we’re sharing for the first time, taking you inside a newly reimagined guest room at the resort. 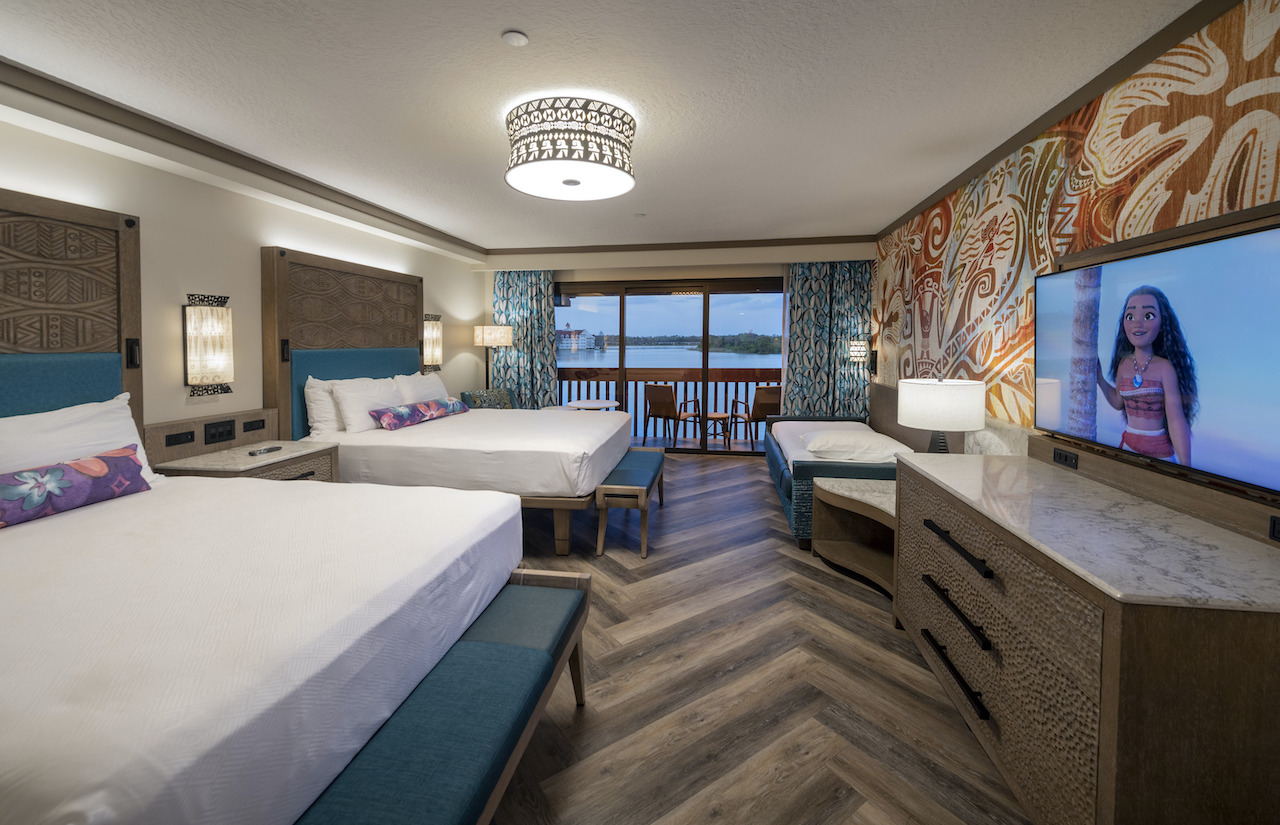 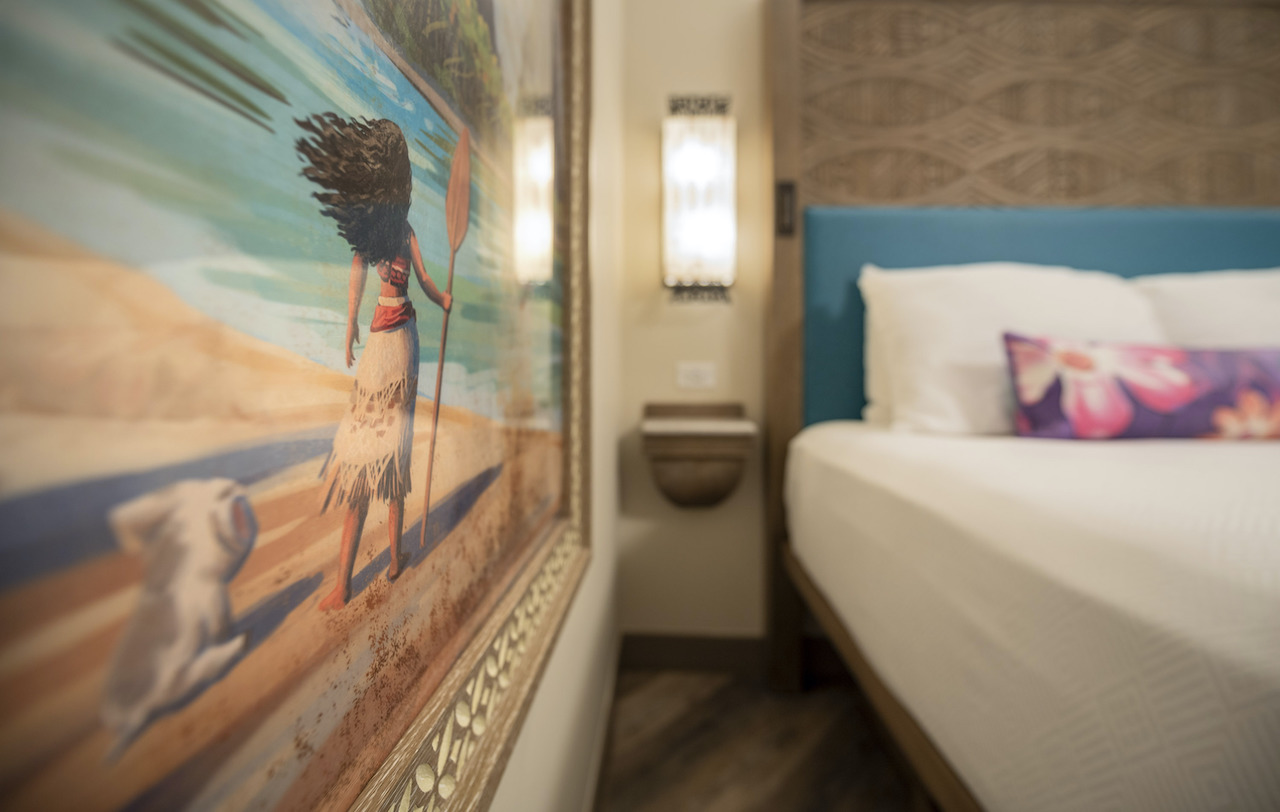 These reimagined spaces feature a new color palette inspired by the Pacific Ocean and its many islands, including details, patterns and textures from the hit Walt Disney Animation Studios film “Moana” – look closely and you might even spot some characters from the story! 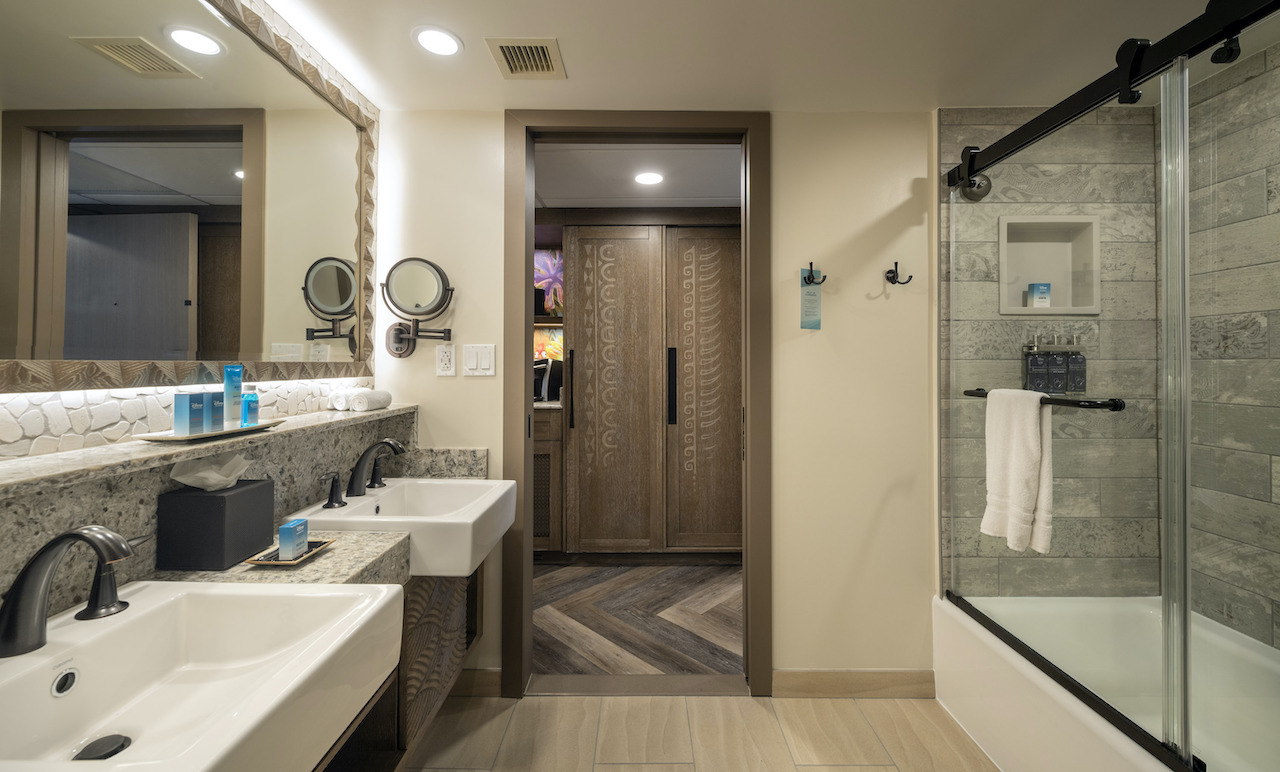 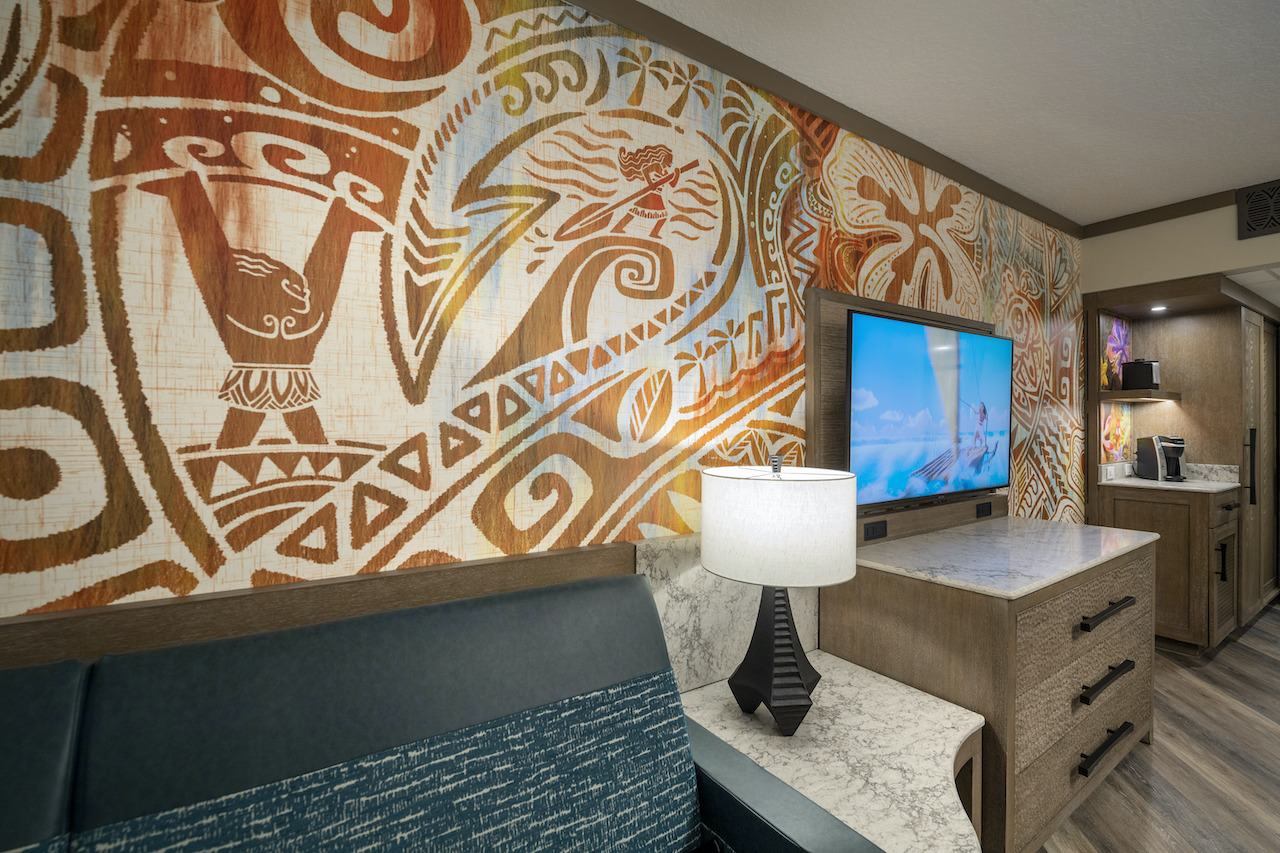 You’ll also see all-new furnishings and fixtures. In the bathrooms, for instance, Disney Imagineers took inspiration from the sandy ocean floor for the tiles and carved details in the vanity. The colorful patterns found throughout the room bring a whole new energy to the space, evoking undulating ocean waves and tropical flowers.

Disney’s Polynesian Village Resort is now accepting bookings for late July 2021, and the next time guests pull up to the Great Ceremonial House, they’ll notice even more exciting changes Disney is currently working on. The porte cochere is in the midst of a dramatic overhaul that will feature a high-pitched, open-truss roof covered in a thatch style with pops of color. Above the porte cochere, the Monorail station is receiving new wooden screens with tropical colors, adding to the open and airy vibe befitting of the South Seas. 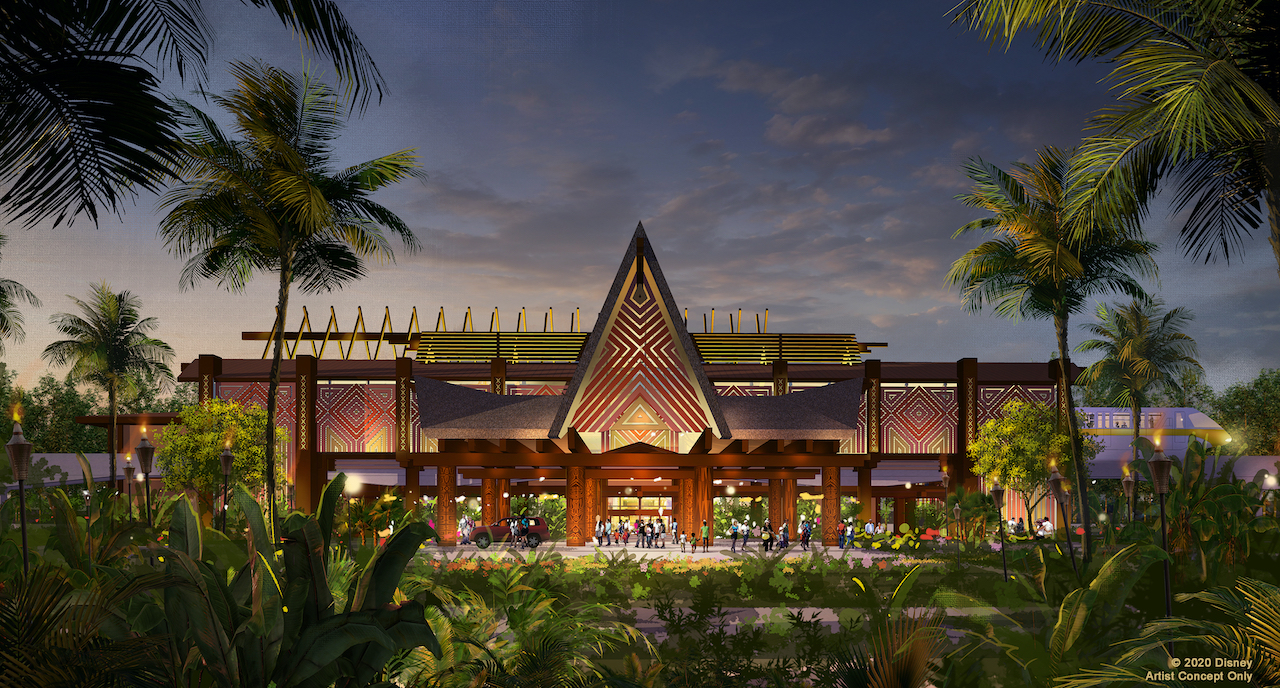 This popular locale joins the other Disney Resort hotels of Walt Disney World in creating the Disney Resorts Collection, where the magic found in the theme parks extends to every moment of a guest’s vacation. Disney Resort hotels offer a wide selection of fantastic settings to choose from, inspired by worlds both real and imagined. Guests are fully immersed in Disney’s legendary storytelling and guest service that extend beyond their theme parks to every moment of a stay, whether visiting an African savanna, strolling a seaside boardwalk, seeing a favorite Disney character or so much more – there’s magic seemingly around every corner.

There will more to share about the developments happening at Disney’s Polynesian Village Resort in the weeks and months to come. This exciting progress is part of the overall evolution of  Disney’s Resort hotels, as they infuses even more Disney touches across their collection – just in time for “The World’s Most Magical Celebration,” beginning Oct. 1, 2021, in honor of Walt Disney World’s 50th anniversary.