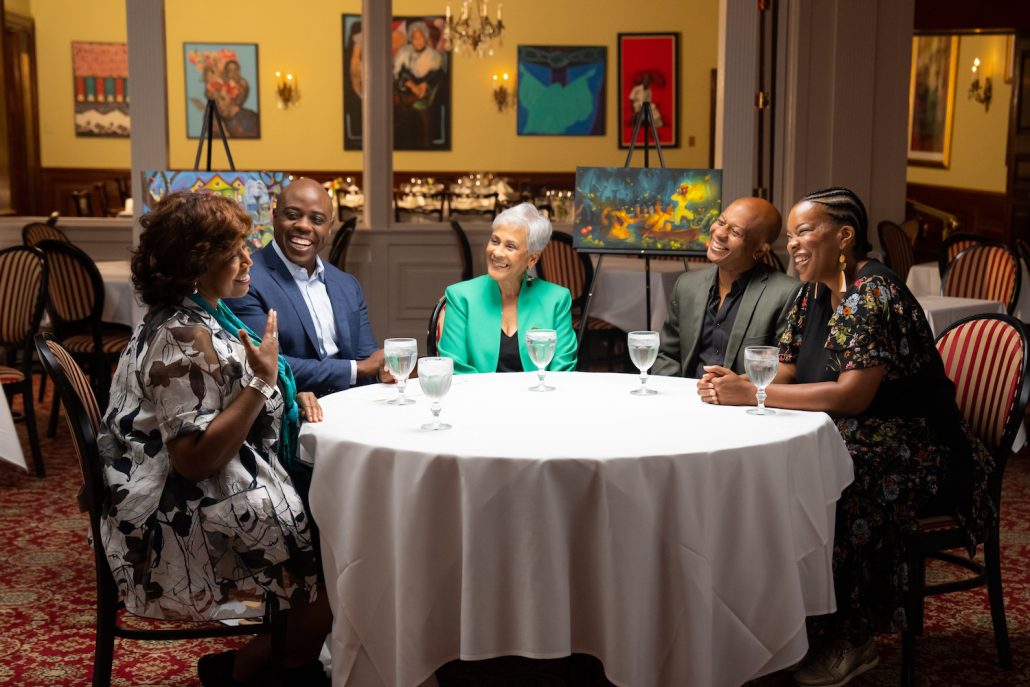 Last year, we announced that Imagineers are developing an all-new attraction coming to both Walt Disney World Resort and Disneyland Resort inspired by the fan-favorite Walt Disney Animation Studios film, “The Princess and the Frog.” With the kick off of World Princess Week, celebrating the characteristics these Disney heroes inspire in fans all around the world, we are thrilled to share the latest developments in this exciting new chapter for Tiana and her friends! 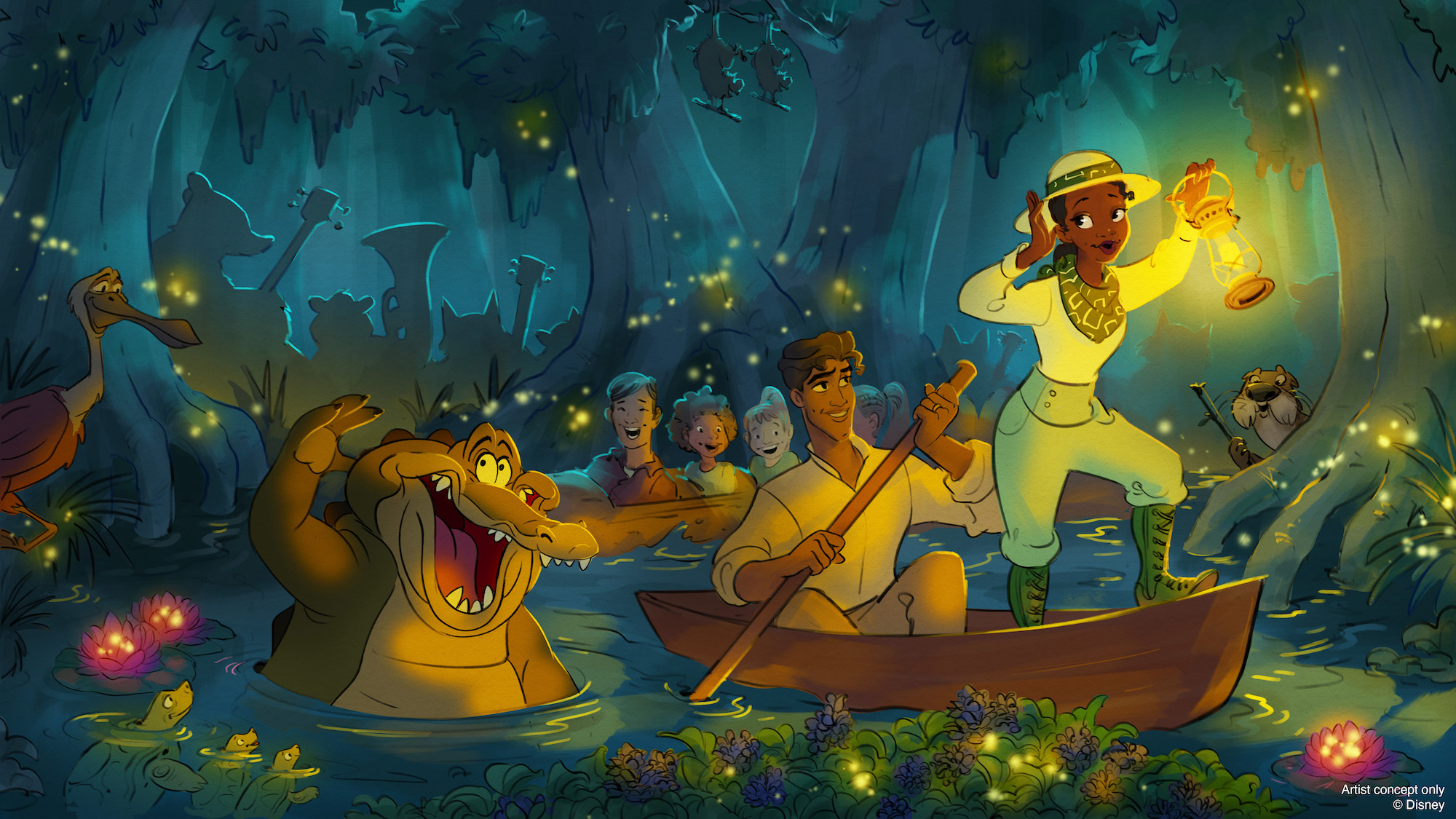 Tiana is an ambitious and resilient woman, who proves that success comes through a connection to her family and community and has learned to never lose sight of what’s really important – giving back to others through great food and inspiring them to achieve their full potential.

As seen in this latest rendering of the attraction, the story will take place after the final kiss as Naveen and Louis join Tiana on her latest adventure, hosting a one-of-a-kind Mardi Gras celebration where everyone is welcome – during which some original music inspired by songs from the film will bring guests into the story. Tiana is leading the way and fans will be able to encounter old friends and make new ones along the way as well! 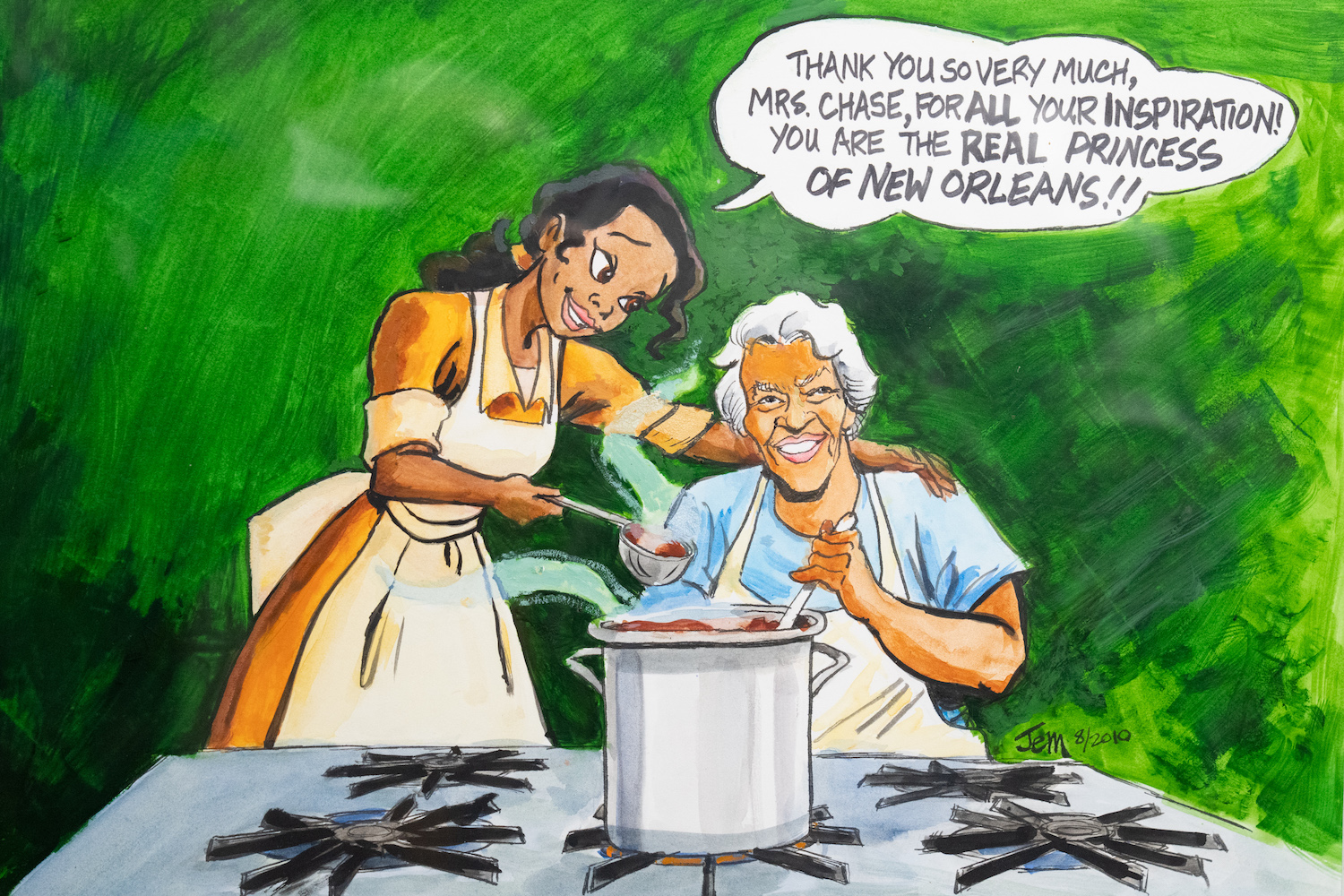 Original art by “The Princess and the Frog” director John Musker, courtesy of Dooky Chase’s Restaurant

We recently gathered at Dooky Chase’s Restaurant in New Orleans — founder Leah Chase was one of the inspirations for Princess Tiana — to talk about Tiana’s impact over the past decade and the creative process behind the upcoming attraction, including the next-level technology Imagineers are employing to bring it to life. Generations of the Chase family welcomed us while Chef Dook cooked up some of their famous gumbo. We sat down with Leah’s daughter, Stella Chase Reese who shared that “The two coming together, music and food, brings joy and happiness to all” and isn’t that the truth?

Imagineers often do in-depth research to help inspire their work. In this case, that involved digging deep into the culture of New Orleans to tell a story that’s as authentic to the region as it is to the characters’ stories. From the food, music, art and architecture to the diversity of its people and their traditions, there is much from which to draw inspiration. The team has done virtual research trips through Zoom and this was their first of many in-person research trips to come and get the story right. 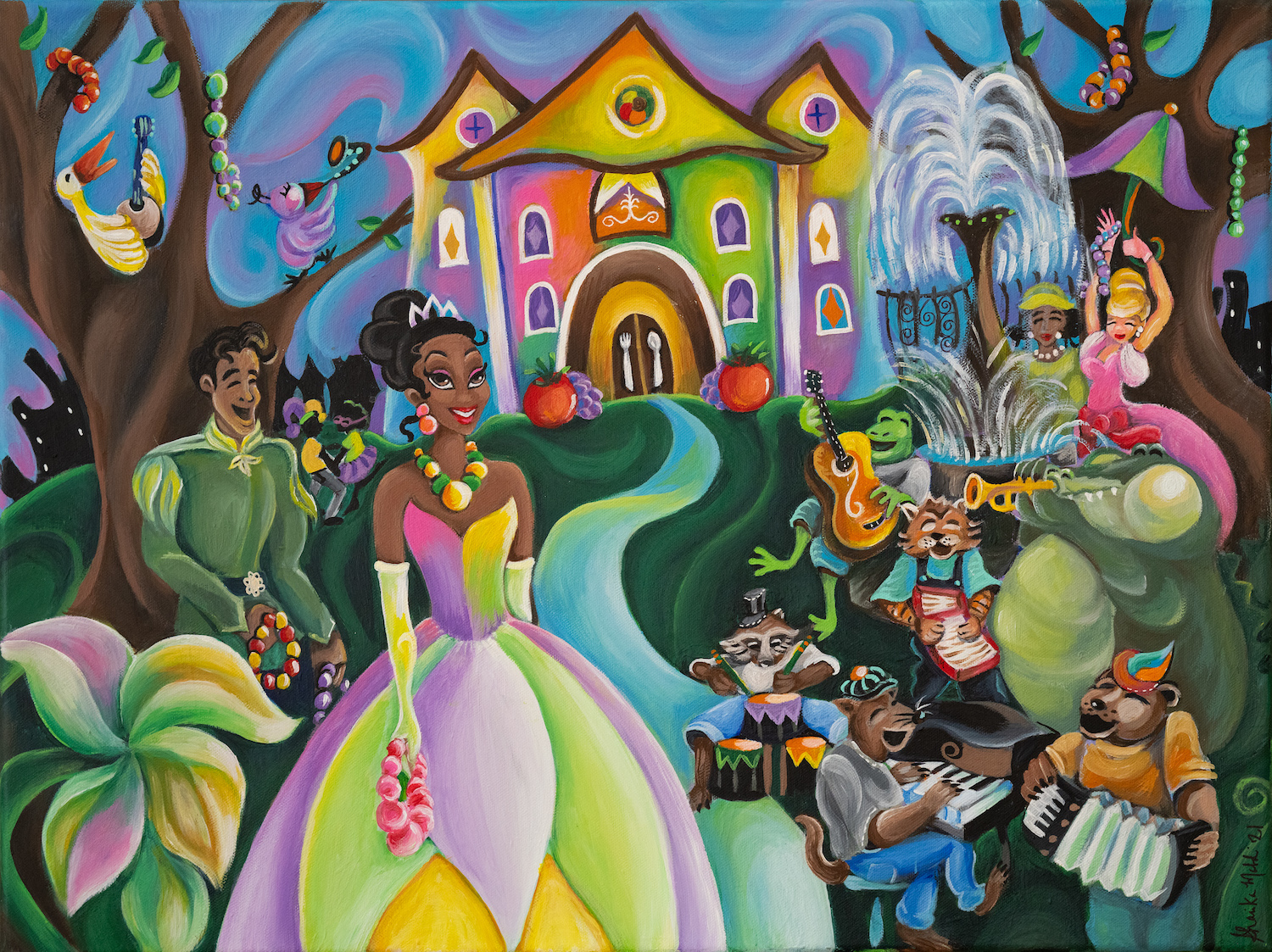 Tying to Leah Chase’s love of art, one of the early sources of inspiration has come from Sharika Mahdi — a visual artist, art educator, and alumna of the renowned YAYA (Young Aspirations Young Artists) Arts Center located in New Orleans — who was commissioned to create a series of four original paintings to inspire Imagineers, one of which was revealed today.

Stay tuned for more updates as work progresses on this exciting new attraction.

Looking to the future, we are so excited to bring Tiana’s story to life in new ways outside of Disney Parks too, including the Disney Wish setting sail next year featuring an all-new inspired lounge entitled The Bayou, and through the upcoming Walt Disney Animation Studios original series “Tiana” coming to Disney+.