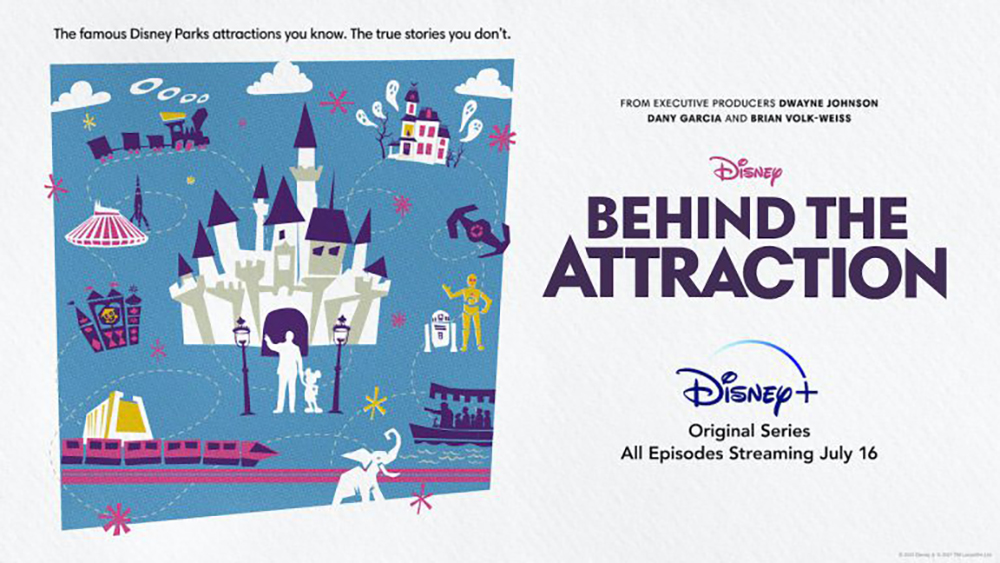 A new series is coming to Disney+ on July 16 that gives an exclusive peek ‘behind the curtain’ of the most beloved attractions and destinations at Disney Parks and Resorts around the world, from Jungle Cruise to “it’s a small world” to the Haunted Mansion to Star Wars: Galaxy’s Edge.

“Behind the Attraction” is a 10-part series narrated by Paget Brewster that delves into Disney Parks’ rich, amazing history using archival and never-before-seen footage and photographs to unveil how the attractions came to be and how they’ve been refined over the years as new ideas surface and technology evolves.

Hear the unique story behind each Castle at the Parks and learn how Disney Imagineers designed and built them and discover the intricacies of the transportation systems at each park, and how the iconic Disneyland Hotel came to be.

Including rare interviews with Walt Disney, each episode also features exclusive interviews with Disney Legends and dozens of past and present Imagineers, including Bob Weis, Jeanette Lomboy, Kim Irvine, Scott Trowbridge, Tom Fitzgerald, Scot Drake, Carmen Smith, Joe Rohde, and others who divulge insider secrets of the parks and how iconic Disney attractions were brought to life.

And today, we’re sharing a special look at the new poster art for the series: 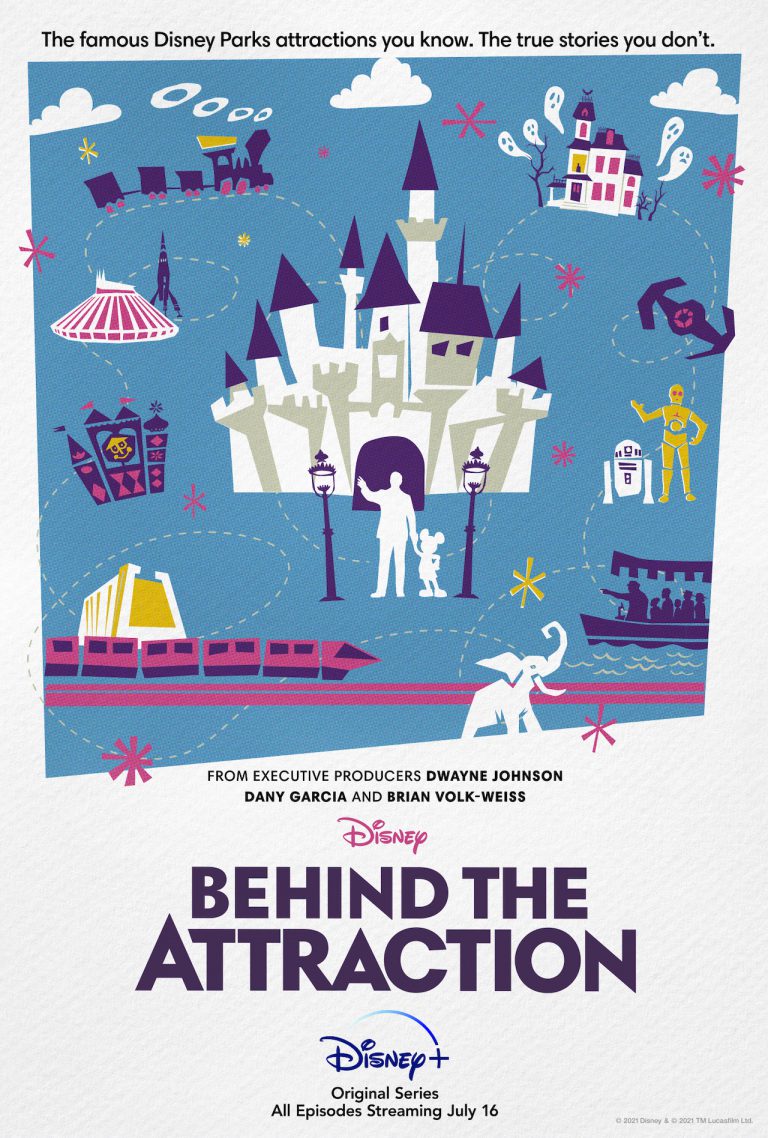 Be sure to check out all 10 episodes available to stream on Friday, July 16 on Disney+.