Music is at the heart of any celebration. It can bring the world together across boundaries and borders, and Disney music is recognized no matter where you are in the world. It touches people’s lives through powerful melodies and memorable lyrics that are inspiring and moving in any language. “Harmonious,” the all-new nighttime spectacular coming to EPCOT, celebrates the music of Disney and its ability to unite us all, bridging cultures and generations to unlock the magic of possibility.

The soundtrack for “Harmonious” was produced remotely through more than 100 separate recording sessions in nine different countries and five states. In total, nearly 240 musicians, artists, composers, arrangers, cultural consultants, and vocalists contributed to the unique and wholly authentic sound of the show.

“Harmonious” takes us on a journey through new interpretations of familiar Disney songs, performed in more than a dozen languages by a cast of talented singers from around the world. Some are recognizable names, either in the United States or their home country, while others are rising stars being heard by a global audience for the first time.

The Ndlovu Youth Choir from Johannesburg contributes a medley of favorites from The Lion King, performed in both English and Zulu. We also hear a duet with French pop singer Damien Sargue, belting “Out There” from Disney’s The Hunchback of Notre Dame, and the music of Disney and Pixar’s Brave gets a Celtic kick from the dueling violins of Grammy and Emmy-nominated violinist Máiréad Nesbitt and platinum-selling electronic artist, violinist, and multi-talented entertainer Lindsey Stirling.

Here’s a look at some of the amazing work that went on behind the scenes to create the music of “Harmonious.”

“Harmonious” opens with an inspiring medley of “How Far I’ll Go” from Moana and “Go the Distance” from Hercules, performed by “American Idol” finalist and three-time Grammy nominee Danny Gokey and vocalists Elisha Garrett and Ninet Tayeb. The show builds to a finale that unites everyone around World Showcase and from around the world, as many of the musical artists come together to perform a poignant and powerful song, bringing “Harmonious” to an emotional close.

Throughout the soundtrack, there’s also a musical motif in the form of the soaring melody of composer Pinar Toprak’s new EPCOT anthem, and all these diverse pieces of music are artfully woven together by arranger Mark Hammond and Walt Disney Imagineering Senior Music Producer and Creative Director Yaron Spiwak. The resulting ensemble is a magnificent cultural symphony unlike anything heard before. 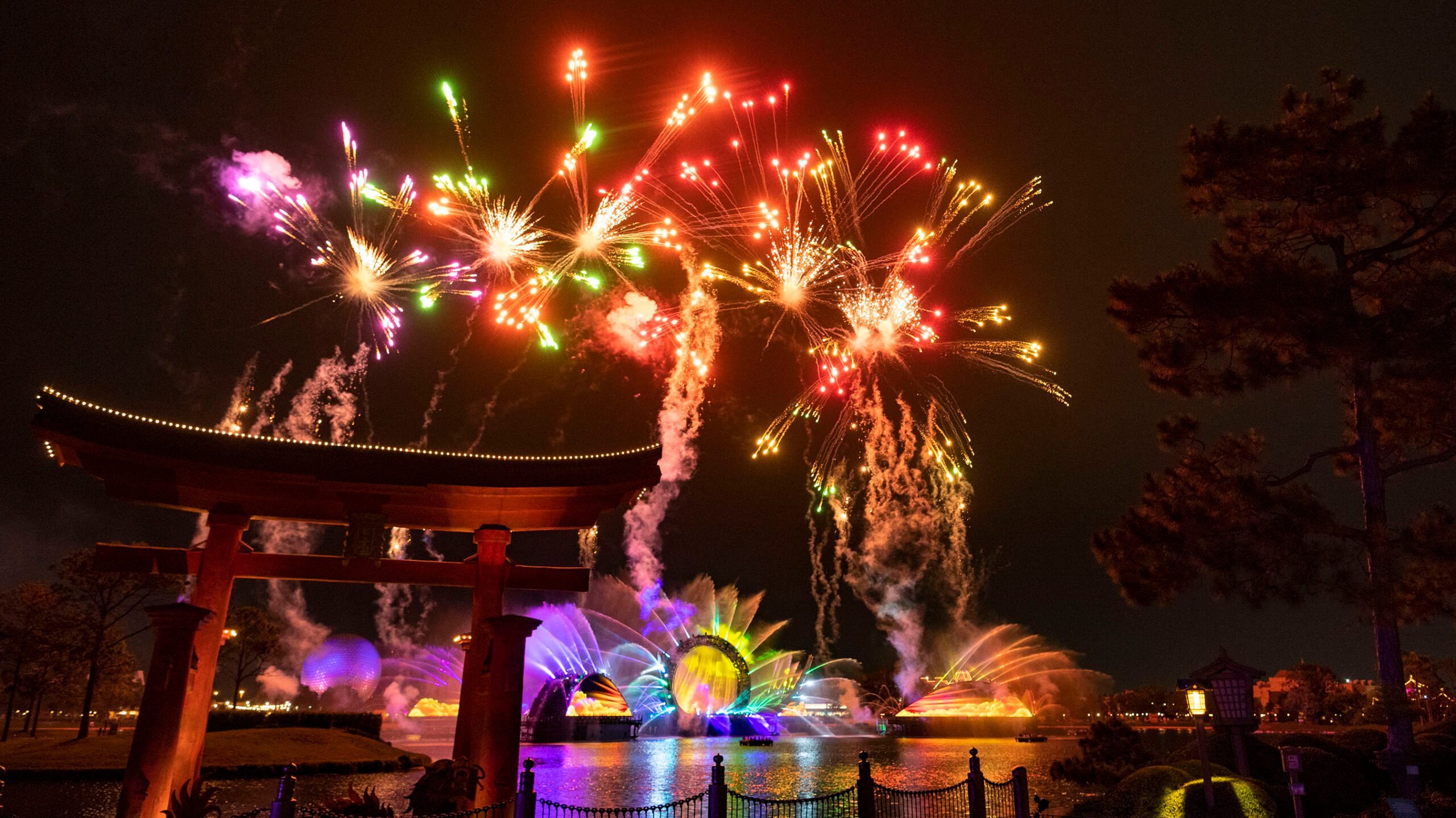 “Harmonious,” one of the largest nighttime spectaculars ever created for a Disney park and a key milestone in the transformation of EPCOT, is set to open October 1 as part of the celebration of the Walt Disney World Resort 50th anniversary. Stay tuned for regular updates on “Harmonious” and The World’s Most Magical Celebration!