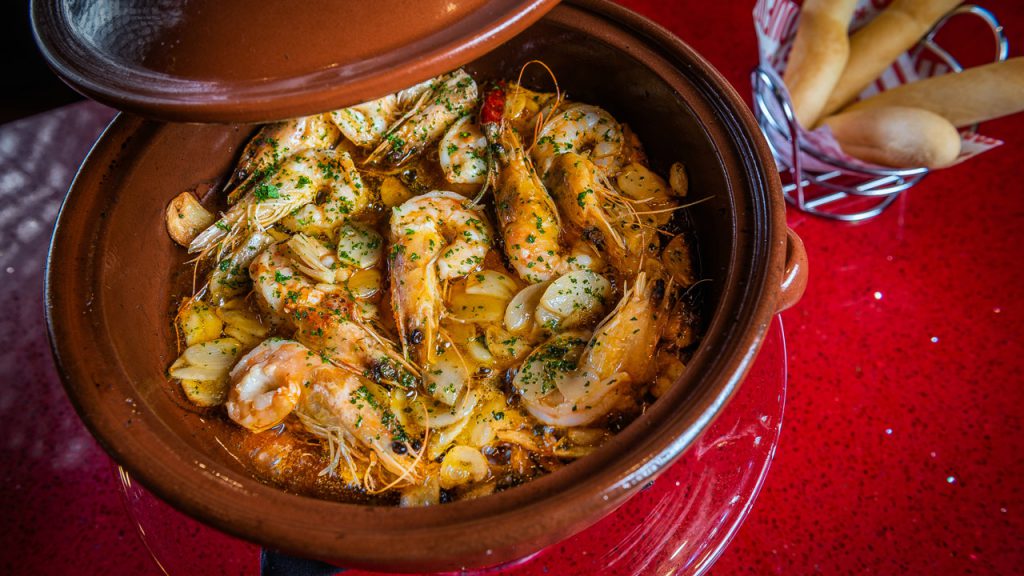 There has been much anticipation around the opening of Jaleo by Chef José Andrés, which celebrates traditional Spanish cuisine in a festive atmosphere. Today, we’re happy to announce the wait is over – Jaleo at Disney Springs® West Side is slated to open for dinner on March 17, 2019.

This will be the fifth Jaleo location in the U.S., the first in Florida and the largest location to date. With a menu showcasing the rich regional diversity of traditional and contemporary Spanish cuisine, Jaleo popularized tapas dining in the U.S. starting with its first Washington D.C. location which opened in 1993.

Jaleo at Disney Springs will feature an extensive menu of tapas, the traditional small plates of Spain, as well as savory paellas, sangrias, and a selection of Spanish wines and sherries. The celebration of these flavors in an inviting, vibrant atmosphere is a hallmark of all Jaleo restaurants.

Jaleo offers an excellent selection of embutidos (cured ibérico ham, pork chorizo, and spreadable cured sausage) and quesos (cheese from cow, goat, and sheep’s milk). The Queso Massimo, an Asturian raw cow’s milk cheese made exclusively for Chef José Andrés and Jaleo, is cured for four months with the pulp from Asturian apples.

A variety of authentic paellas cooked over a wood-fired paella pit are a highlight and are available by the plate or pan. Select specialty paellas are available each night with entire pans prepared to order for eight or more guests and presented tableside.

On the restaurant’s front corner adjacent to the Jaleo entrance will be Pepe by José Andrés, the first brick and mortar location of the chef’s popular Spanish food truck. Pepe will be open for lunch and dinner beginning March 17.

Jaleo at Disney Springs will be open for dinner starting March 17 with lunch service beginning later in the month.