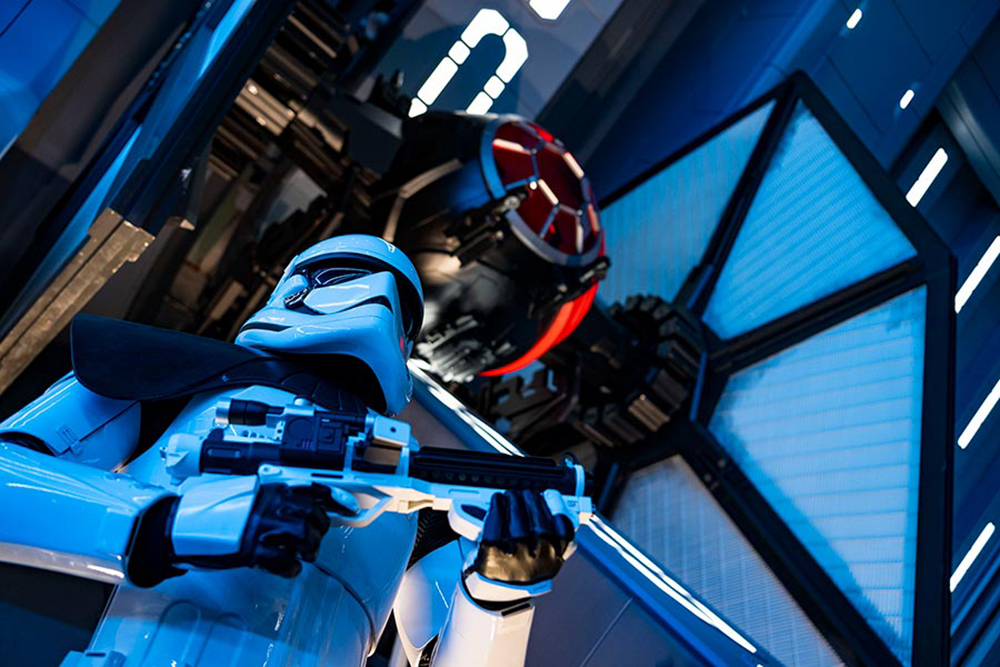 One month ago today, Star Wars: Rise of the Resistance opened inside Star Wars: Galaxy’s Edge at Disney’s Hollywood Studios, and the response has been amazing. Thousands upon thousands of guests continue to pour into the park each day to be among the first to experience the groundbreaking new attraction, which is also about to open at Disneyland park in California on Jan. 17, 2020.

If you have felt a tremor in the Force this past month, that’s probably the excitement building around Star Wars: Rise of the Resistance as details began to emerge about the awe-inspiring, jaw-dropping experience that awaits them. To quote the one and only Han Solo: All of it … it’s all true.

In one of the longest attraction experiences in Disney history, you become a new Resistance recruit and are sent by Rey to a secret rendezvous point to meet General Leia Organa so they can aid her cause in freeing the galaxy from the tyrannical First Order. After hustling into an Intersystem Transport Ship, you blast off Batuu with Poe Dameron as their wingman in his signature black-painted X-wing starfighter.

Oh, and that bad feeling you might feel … yeah, that’s true, too. Before you know it, a First Order Star Destroyer is right on top of you and pulls your ship into its massive hangar bay via tractor beam. From that point on, your mission is to escape the clutches of the First Order before Supreme Leader Kylo Ren can catch you and rip General Organa’s hidden location from your mind.

Star Wars: Rise of the Resistance is immersive storytelling on a cinematic scale – this attraction truly feels as if you have stepped right into a Star Wars film. You’ll see a docked TIE fighter, dodge two AT-AT walkers, scurry past huge turbolaser cannons and dodge blaster fire from First Order Stormtroopers as they search for a way off the Star Destroyer aboard special troop transports.