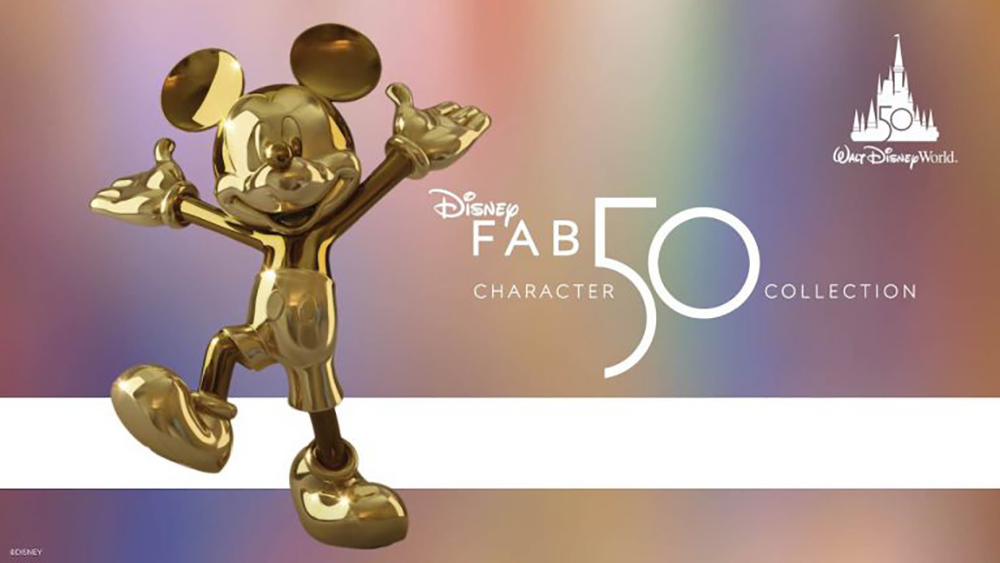 Some content-creating occasions are just too big to limit to a single community of fans.

Over the past several weeks, we’ve had the privilege to be part of the team working with a wide range of Disney cast members, Legends and celebrities to playfully reveal 50 beloved characters that, beginning Oct. 1 and throughout “The World’s Most Magical Celebration,” will await discovery as golden sculptures in Walt Disney World Theme Parks in honor of the 50th anniversary.

It’s a star-studded group, from Disney super-fan John Stamos (star of the Disney+ Original Series “Big Shot”) revealing Dumbo (Disney’s original “big shot?”) from the Dumbo ride vehicle he keeps in his living room, to Orlando native Michael James Scott (“Genie” in “Aladdin” on Broadway) revealing Abu from the New Amsterdam Theatre, to the incomparable Annie Potts joining us from home to reveal Woody and Bo Peep, the latter of whom being the “Toy Story” character to whom she’s proudly lent her voice.

Just as Walt Disney World Guests will soon search for their favorite character sculptures in the parks, fans have turned the reveal campaign into something of a digital scavenger hunt, tracking down reveal videos on various Disney and celebrity Instagram pages, and saving them to their own personal Instagram Collections. (Guests can do this by tapping and holding the post’s bookmark icon, clicking the “save to” link and then creating or adding to a collection. Tip: Guests can find the broad collection of video reveals released thus far by visiting @WaltDisneyWorld on Instagram and checking out the #DisneyWorld50 collection of stories.)

We have more characters to reveal in the days ahead, so keep hunting and stay tuned as we continue unveiling the full lineup of friends gathering for the 18-month-long celebration.

In the meantime, our colleagues at Walt Disney Imagineering have captured this fun, behind-the-scenes look at the sculptures’ creation. While our reveal videos have shared artist renderings of the sculptures, this video offers your first look at the actual sculptures – and they’re spectacular!

Thank you for joining us for this virtual “E-ticket” ride across the company, and we look forward to seeing social feeds filled with Guests’ own photos of these stunning sculptures at Walt Disney World Resort during “The World’s Most Magical Celebration!”