Mardi Gras at Universal Orlando is Fun for the Entire Family

Now through April 4th, guests can enjoy a family-friendly version of the Big Easy Mardi Gras celebrations at Universal Orlando. The festivities take place daily and include a parade, live music, and N’awlins-style food and drinks. 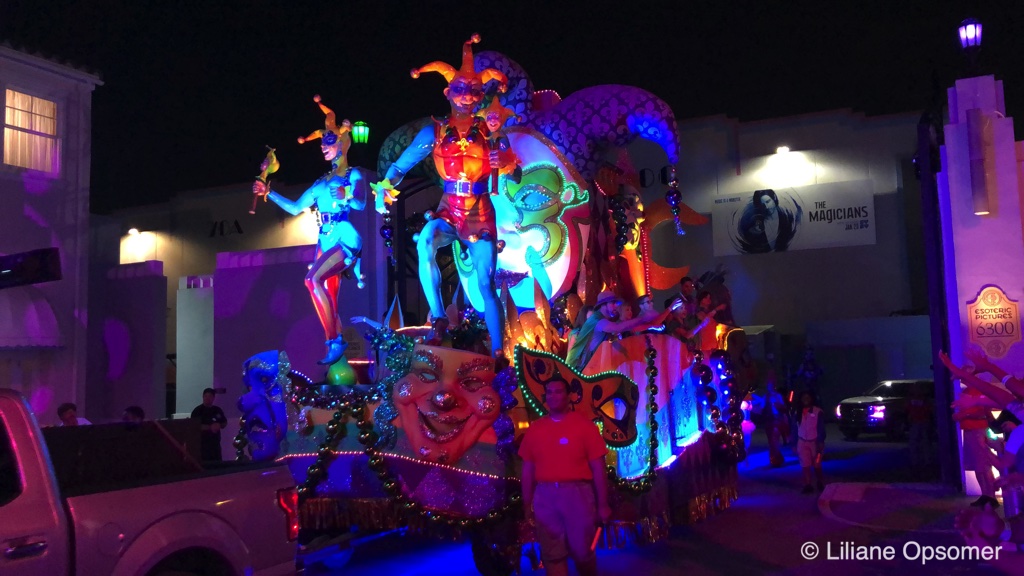 A Nightly Parade Not to Be Missed

The stilt walkers, dancers, street performers, and amazing floats will wow you. Countless beads are tossed from the 12 floats, much to the delight of the parade viewers. Each year, Universal adds new floats to the parade. This year, the theme of the new floats is Party Animals and includes artic, jungle, swamp, and ocean-themed floats with the accompanying performers dressed as their spirit animals. 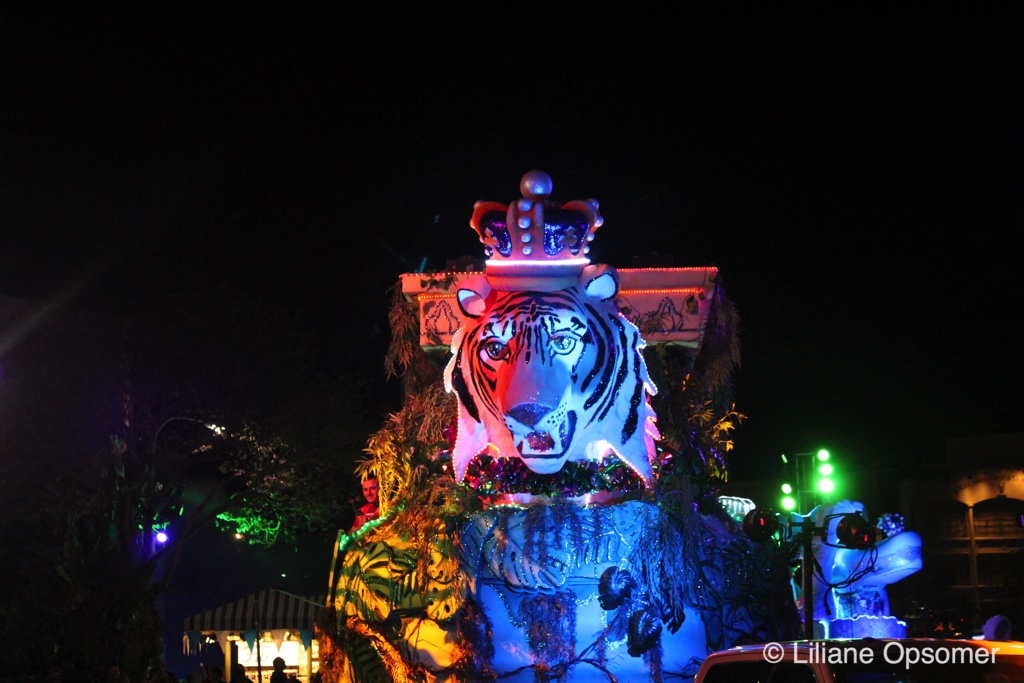 The floats are made by Kern Studios, the very same company that creates Mardi Gras floats for New Orleans. The famous company builds floats every year for 18 different Krewes—and Universal Orlando. 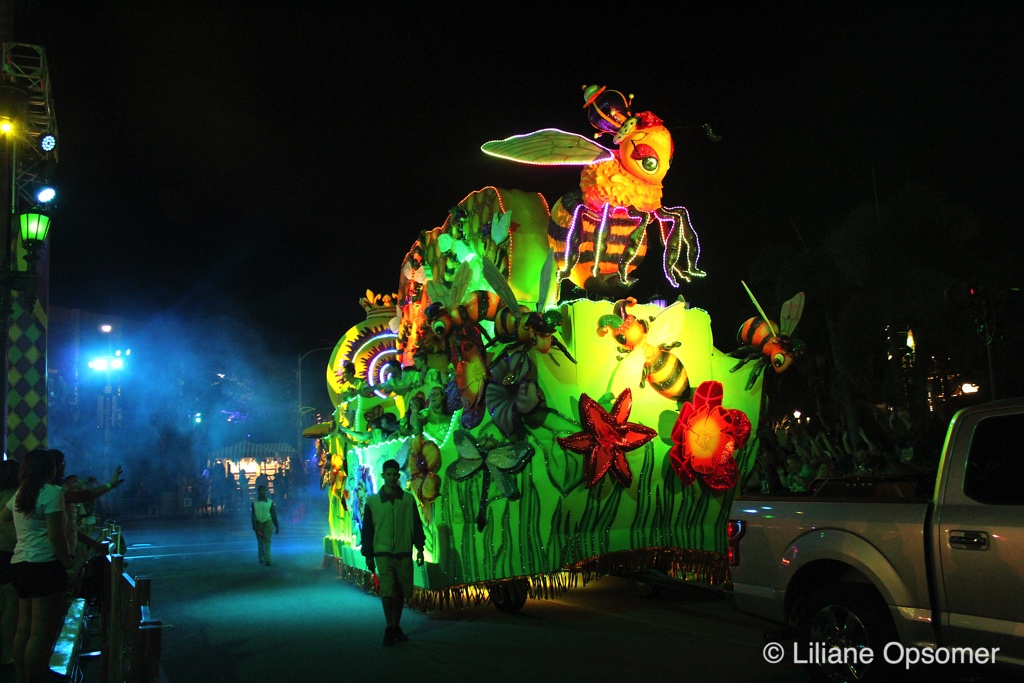 The best spot for families is the Little Jester’s Parade Viewing Area in front of the Brown Derby Hat Shop, as it offers an unobstructed view for little tykes. You can access the area one hour before parade start. It is also a great place if you want to leave the park as soon as the parade has passed your viewing area. Annual passholders are invited to watch the parade in a specially reserved area in front of Mel’s Drive-In. An ADA viewing area is set up in the New York backlot, right in front of the Macy’s façade, next to the Revenge of the Mummy ride. If you want to view the parade twice, Mel’s Drive-In and the Horror Make-Up Show Theater are perfect locations, as the parade starts and ends there. 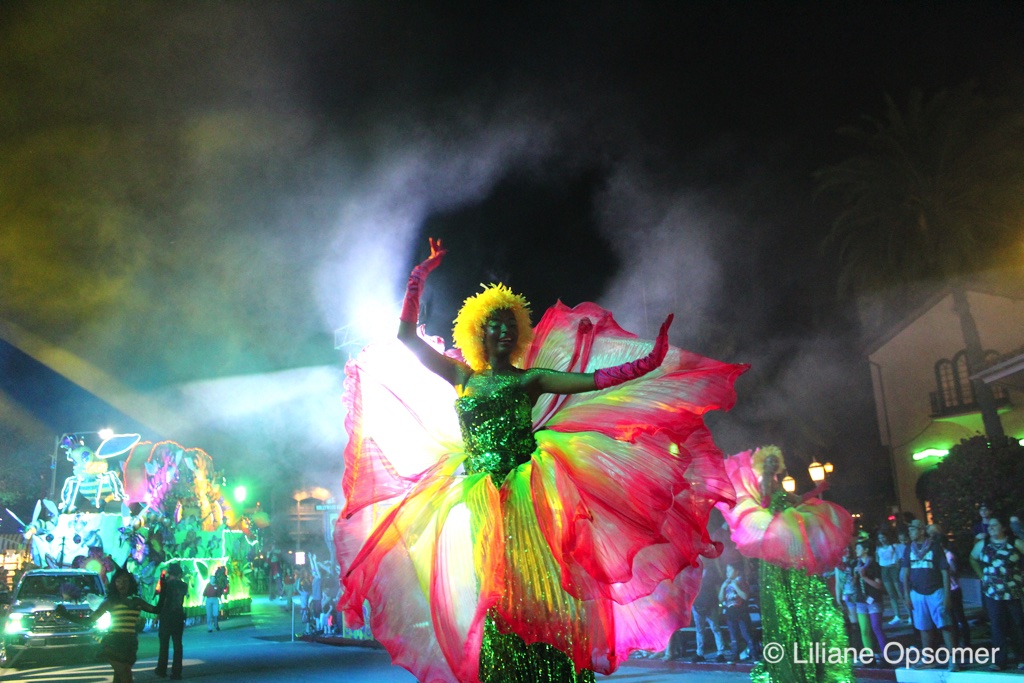 Did you know that you can also join the fun and toss beads from the floats? Annual Passholders can sign up in advance (this year’s signup is full), but there is a standby line every night outside of A Day in the Park with Barney in the Woody Woodpecker’s KidZone section of the park. The standby lineup starts two hours prior to the parade. Your chances to get one of the limited, coveted spots are higher during the week versus the weekend.The parade starts at 7:30 p.m. March 11-15, 18-22, 25-29, and April 1-4. A 7:45 p.m. start takes place on March 24, 30, and 31. 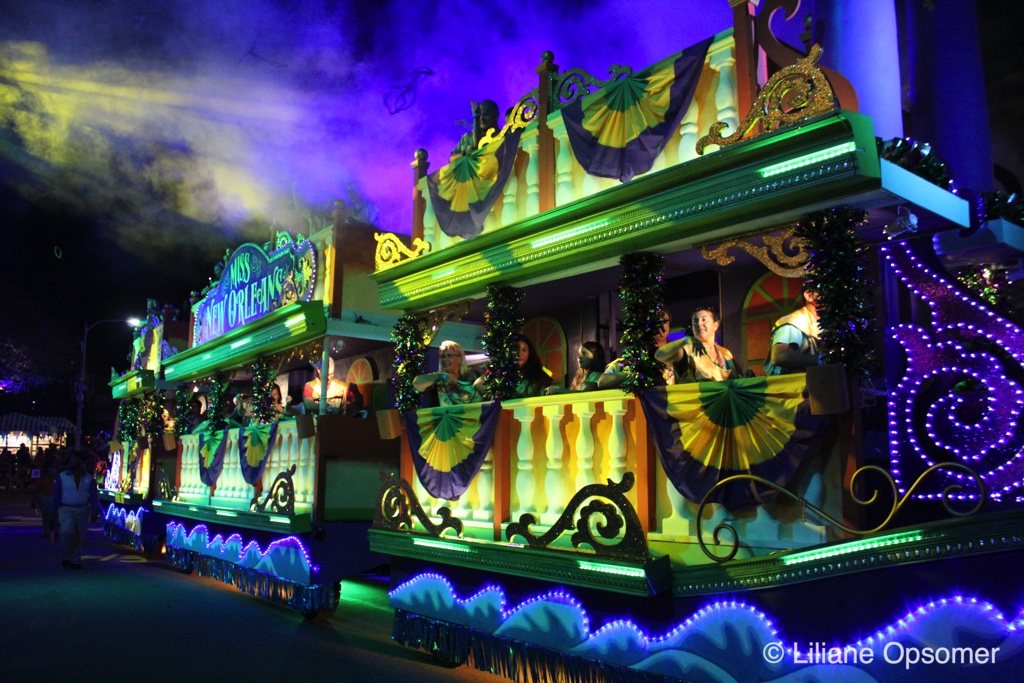 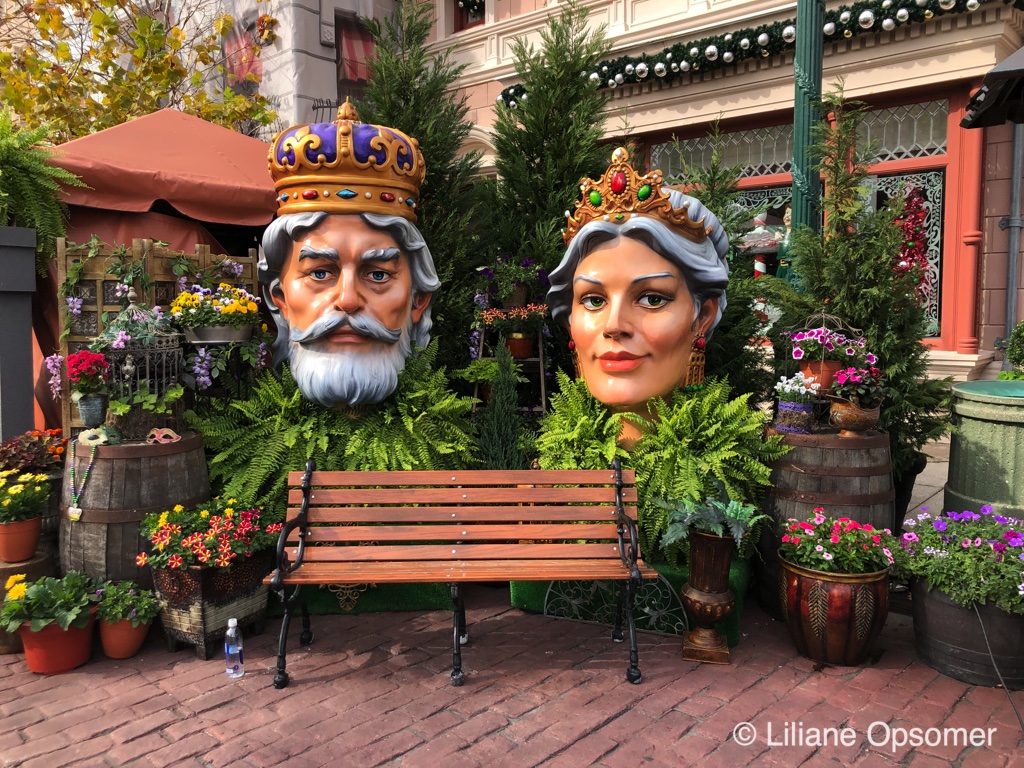 The French Quarter Courtyard is Cajun food central. Some of the bayou’s best dishes, such as jambalaya, crab étouffée, crawfish, gumbo, and beignets are served in small portions and proudly represent Cajun and Creole cuisine. Dishes are available for purchase at several booths throughout the beautifully decorated courtyard. 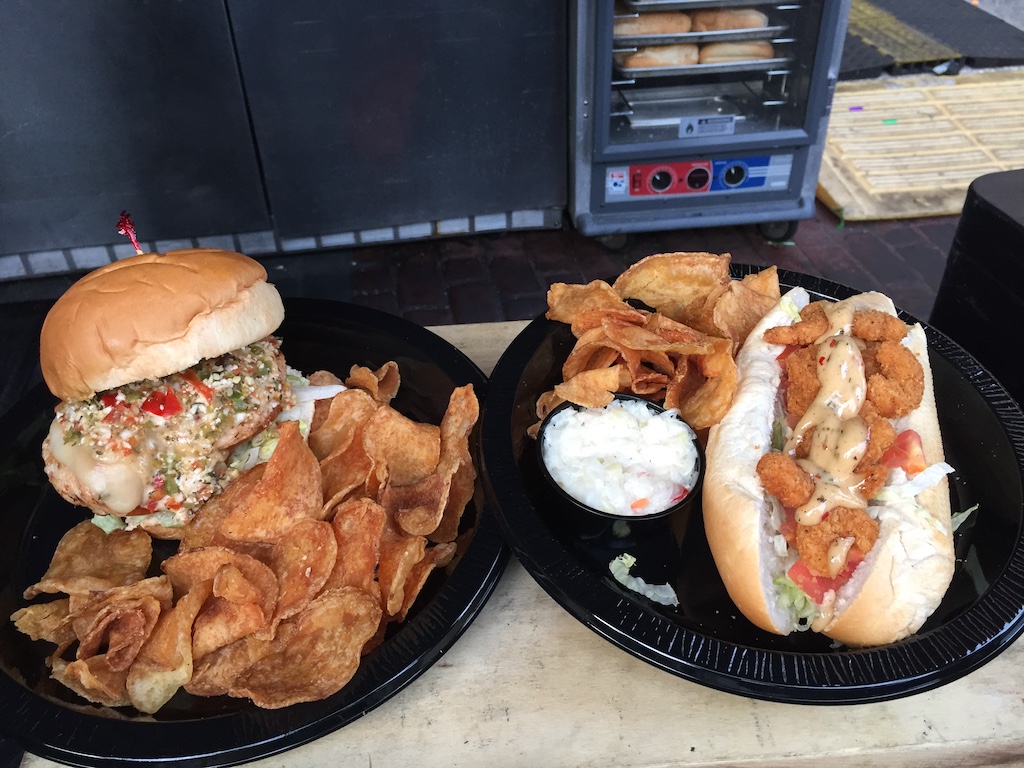 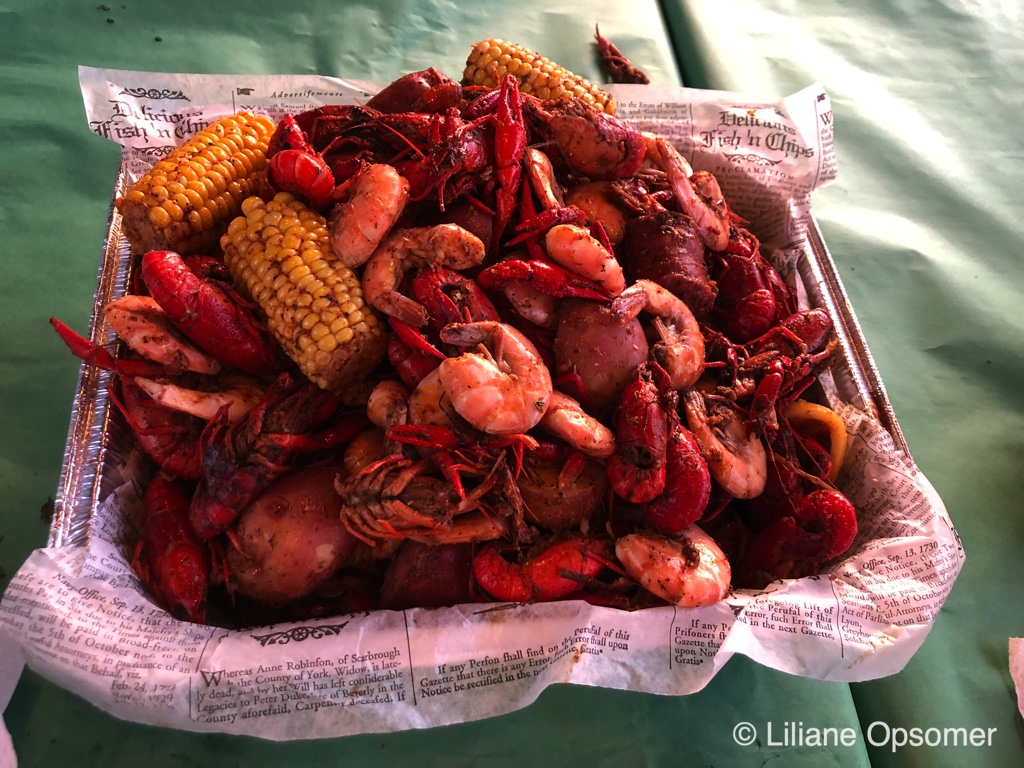 On select nights, Battery Park is host to a Bayou Boil. The all-you-can-eat Louisiana-style boil features crawfish, shrimp, potatoes, and corn-on-the-cob. The Bayou Boil is served in a large dish for your family to share and comes with a glass of wine and unlimited soft drinks. The experience lasts for a bit over an hour. The portions are generous, and servers make sure your dish is always topped. At parade time, you’ll have special access to the Pantages Theatre Courtyard, where King Cake, beignets, sparkling wine, and nonalcoholic beverages await. I love the Bayou Boil, and it is still available on March 24, 30, and 31 for the price of $59.99, ($39.99 for kids aged 3-9).

Not a fan of seafood? Consider the Mardi Gras Parade, Desserts and Cinematic Viewing Experience held March 25-29 and April 1-4. For the price of $49.99 ($29.99 for kids aged 3-9), guests get the best views for both the Mardi Gras parade and Universal Orlando’s Cinematic Celebration. You’ll watch the parade from Pantages Theatre Courtyard while enjoying an assortment of nonalcoholic drinks. When it’s time for the show, you’ll have access to an exclusive viewing area in Central Park where, seated on blankets, you can sample desserts, sparkling wine, sparkling cider, and nonalcoholic beverages.

Check Out the Music!
Through April 4th, the New Breed Brass Band brings the vibe of New Orleans to the French Courtyard daily at 4 p.m. Make sure to stop at the courtyard because parade performers, stilt walkers, and street performers will also be there to entertain guests. This is a great photo opportunity. 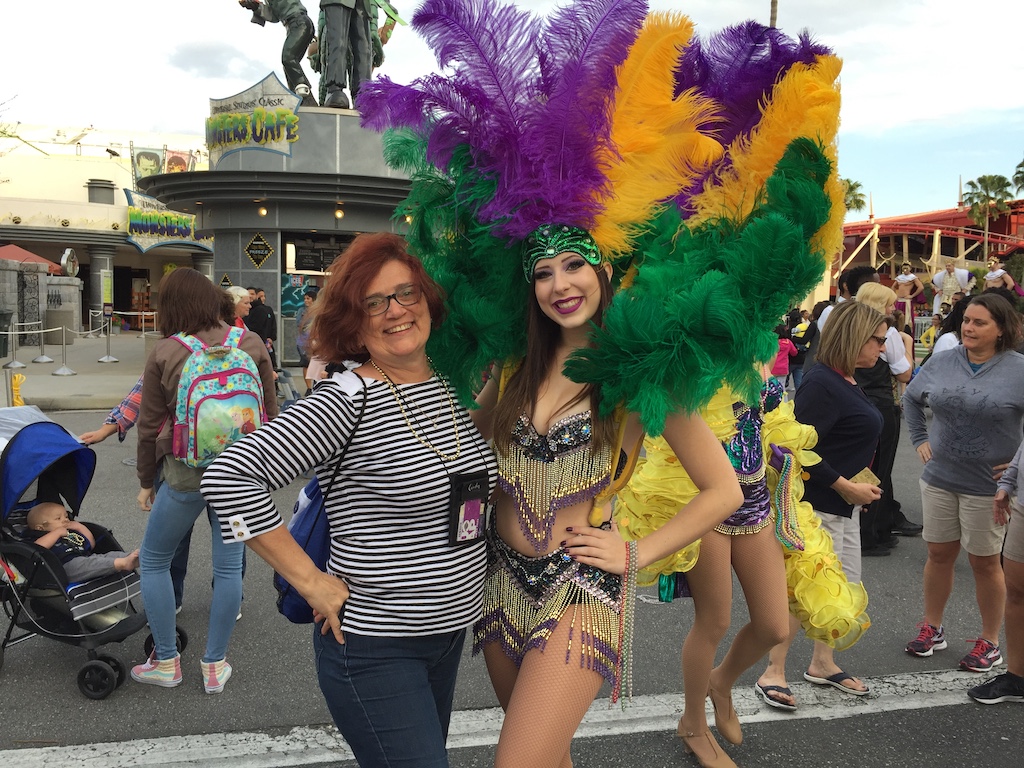 On select weekend nights, live performances take place after the parade at the Music Plaza Stage. If you want to be close to the stage, make sure to arrive at least two hours before the concert starts. Some of the concerts are so popular that even two hours won’t do the trick—and also viewing the parade on that day is out of question. Please note that there is no VIP area and the concert area gets very crowded. Check out the upcoming concert lineup here.

Mardi Gras at Universal Studios is a fabulous experience. A parade, great food, and music—what could be better? The festivities are included with your theme park admission or Annual Pass. Seasonal Passholders can also experience the event on select nights.