“Dining with characters is a signature experience at Disney Resorts around the world,” said Timothy Gustie, food and beverage director at Aulani, a Disney Resort & Spa. “Our guests have enjoyed starting their day with delicious food and Disney fun during breakfast at Makahiki. We are excited to offer a new twist for dinner at the restaurant with Menehune Mischief.”

The essence of Makahiki – The Bounty of the Islands can be found in the fresh, locally-sourced cuisine. The casual dinner buffet features line-caught sustainable seafood, rotating carving stations, Asian-inspired entrees, pastas, fresh salads and fruits, house-made desserts and a special “Keiki Corner” for youngsters. 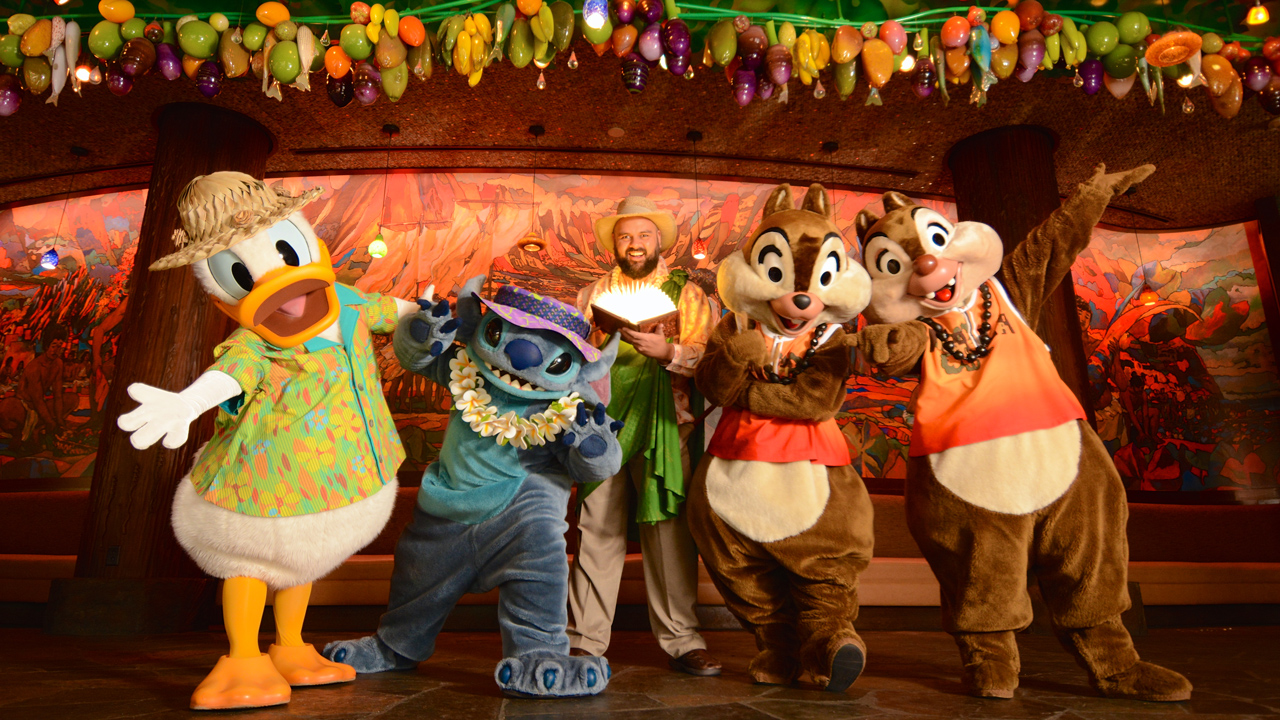 In addition to the new dinner offering, Makahiki will continue to serve its daily breakfast buffet with family-friendly breakfast favorites, live entertainment and visits with Disney characters.

Makahiki — The Bounty of the Islands
This restaurant is named for the Makahiki season, the traditional Hawaiian celebration of the harvest. The interior of the restaurant showcases an abundant collection of art, from murals to glass sculptures. In the entry, artists Butch Helemano and James Rumford collaborated to convey the story of the Makahiki. Rumford sketched the designs and wrote texts for Helemano’s wood carvings that illustrate the sights and events of the Makahiki season. Also in the restaurant, native Hawaiian artists Al Lagunero and Solomon Enos collaborated on murals that depict feasting, ceremony and gaming. As the sun sets in the evening, the restaurant lighting gradually transitions from deep rose to hues of indigo—evoking a starry night sky.