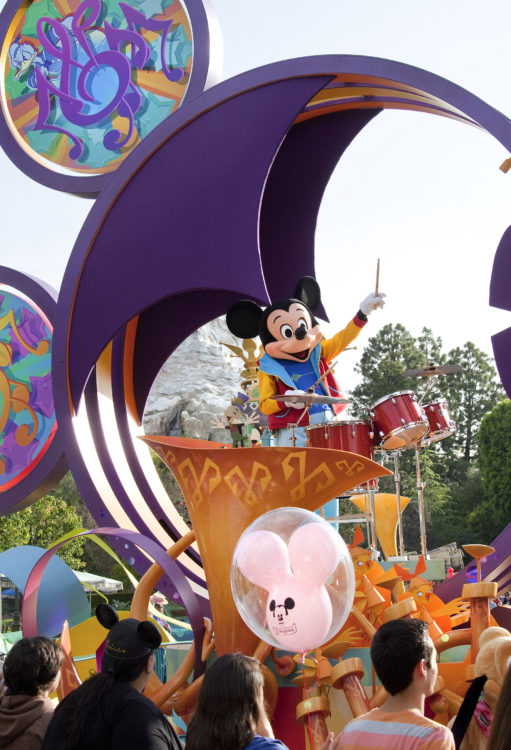 The fan favorite “Mickey’s Soundsational Parade” returns to Disneyland Park on Jan. 25, 2019, as part of Get Your Ears On – A Mickey and Minnie Celebration, the biggest party for the legendary duo in Disneyland history. This popular daytime parade puts music in motion with Disney characters, performers and two new parade floats with eye-catching visuals and whimsical elements.

Mickey starts the party in a new larger-than-life opening, inspired by the classic and nostalgic Mickey pull toys. Next, Chip ‘n’ Dale arrive with a giant celebration cake, as Mickey and his drum corps kick off a lively, musical procession with Disney characters. In this beloved parade, a bevy of favorite Disney characters stomp and strut down Main Street, U.S.A., including Aladdin, Ariel, Cinderella and Peter Pan following “the leader of the club” Mickey Mouse.

“We are so delighted that ‘Mickey’s Soundsational Parade’ is making a triumphant return to Disneyland Park,” said Steven Davison, executive creative director of parades & spectaculars for Disney Parks Live Entertainment. “We can’t wait for guests to see how we’re going to rock the opening of this parade! These colorful new floats kick off the parade with a really invigorating new energy. And this crowd-pleasing processional is filled with tons of excitement, including many of your favorite Disney characters, high-spirited performers, live musicians and so much more.”