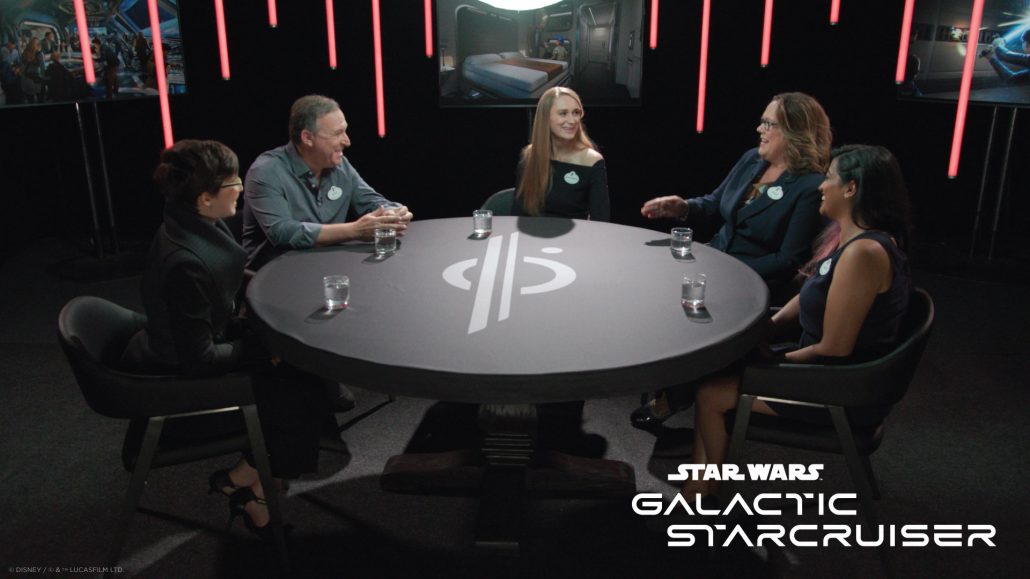 Opening spring 2022 at Walt Disney World Resort, Star Wars: Galactic Starcruiser will be a two-night, immersive adventure in a galaxy far, far away that goes beyond anything Disney has created before.

But what does that mean, exactly?

To answer that question – and many more – we gathered some of the Disney Imagineers developing this groundbreaking project and let the cameras roll as they talked about Star Wars: Galactic Starcruiser. In this wide-ranging discussion, you’ll learn more about how Guests can be the hero of their own Star Wars story, about their planet-side excursion to Batuu and how this new experience complements and enhances a visit to Star Wars: Galaxy’s Edge at Disney’s Hollywood Studios, and so much more.

It is a must watch for anyone – from the biggest Star Wars fan to those curious about what in the galaxy Walt Disney Imagineering is up to, and everyone in between.

After checking out the video, head over to www.starwarsgalacticstarcruiser.com to sign up for news updates as they become available. And stay tuned for more on this amazing new vacation experience as we prepare for it to open next year.