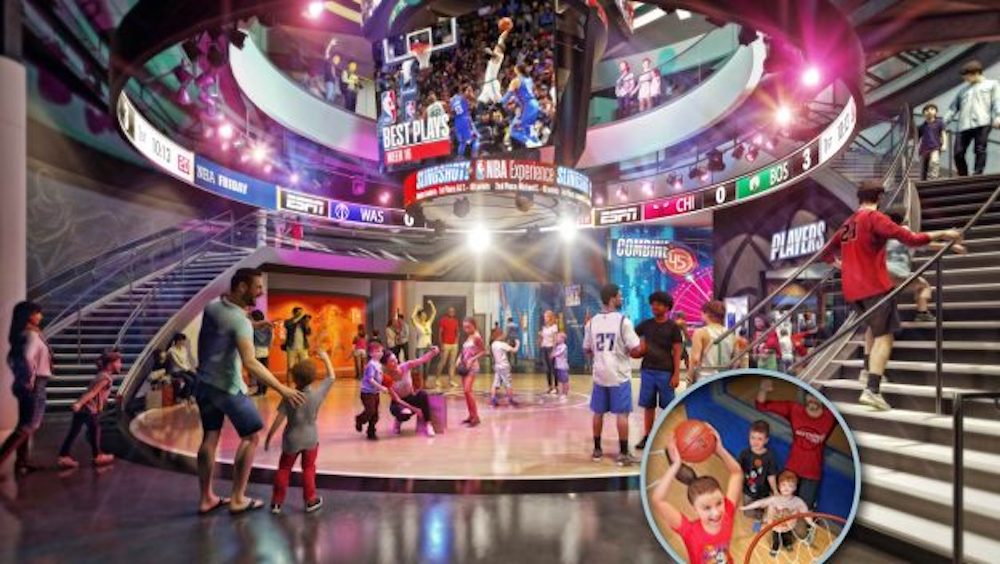 In summer 2019, NBA Experience will open at Disney Springs® at Walt Disney World® Resort and allow kids of all ages the chance to live out those dreams in a whole new way. Developed by Walt Disney Imagineering in collaboration with the NBA, this one-of-a-kind destination will feature hands-on activities that highlight the action and excitement of professional basketball.

NBA Experience will be full of thrills, whether Guests are  lifelong fans or you’re brand new to the game. When you  step inside this immersive environment next year, you will:

To top it all off, you will be able to explore a retail store featuring exclusive NBA-themed merchandise designed by Disney.