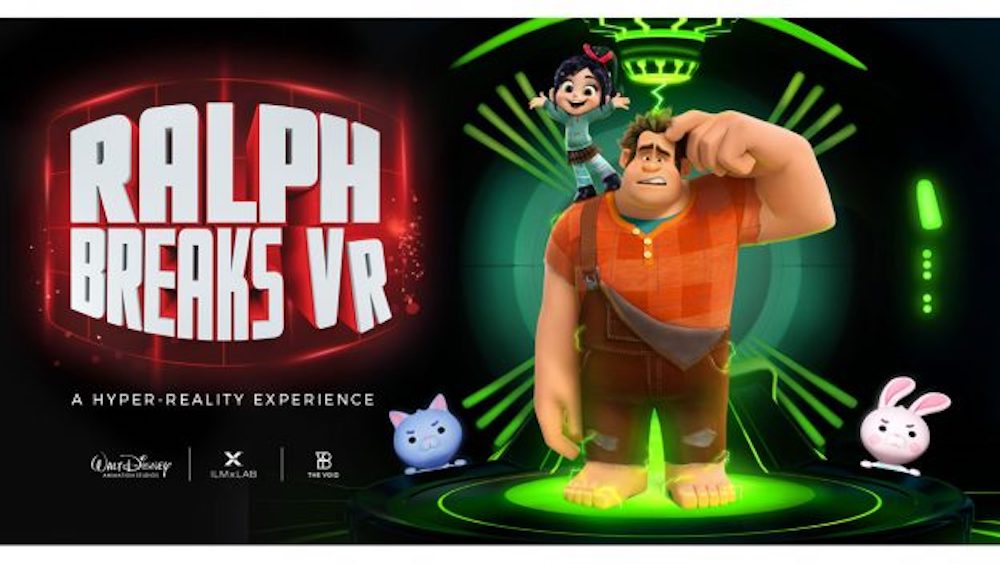 This past winter, the groundbreaking hyper-reality experience Star Wars: Secrets of the Empire by ILMxLAB and The VOID launched to rave reviews at both Disney Springs® in Florida and Downtown Disney® District in California. Today, we’re thrilled to let you know that another hyper-reality experience from a beloved Disney universe is on its way: a one-of-a-kind, original adventure based on the upcoming Walt Disney Animation Studios film “Ralph Breaks the Internet” in theaters Nov. 21, 2018.

Beginning this fall, Ralph Breaks VR will put Guests inside a new multi-sensory Disney adventure where you’ll be immersed in the worlds of the internet and online gaming with Wreck-It Ralph and Vanellope. To create Ralph Breaks VR and future hyper-reality experiences that allows Guests to explore amazing worlds and engage with favorite characters, The Walt Disney Company and ILMxLAB(Lucasfilm’s award-winning immersive entertainment division) are again collaborating with the team at The VOID.

“Our filmmakers and the terrific people at ILMxLAB have collaborated to bring an incredible hyper-real experience, for all ages, to The VOID,” said Oscar-winning “Ralph Breaks the Internet” producer, Clark Spencer. “We can’t wait for people to be immersed in the worlds of the internet and online gaming with Wreck-It Ralph and Vanellope.”

“At ILMxLAB, we are truly excited for fans to ‘Step Inside Our Stories’ by extending our award-winning creative collaboration with The VOID across The Walt Disney Company. Together, we will soon invite Guests into other beloved Disney franchises where they can explore rich worlds, engage with compelling characters, embark upon heart-pounding adventures, and indulge the senses — experiencing the magic as never before,” said Vicki Dobbs Beck, ILMxLAB Executive in Charge.