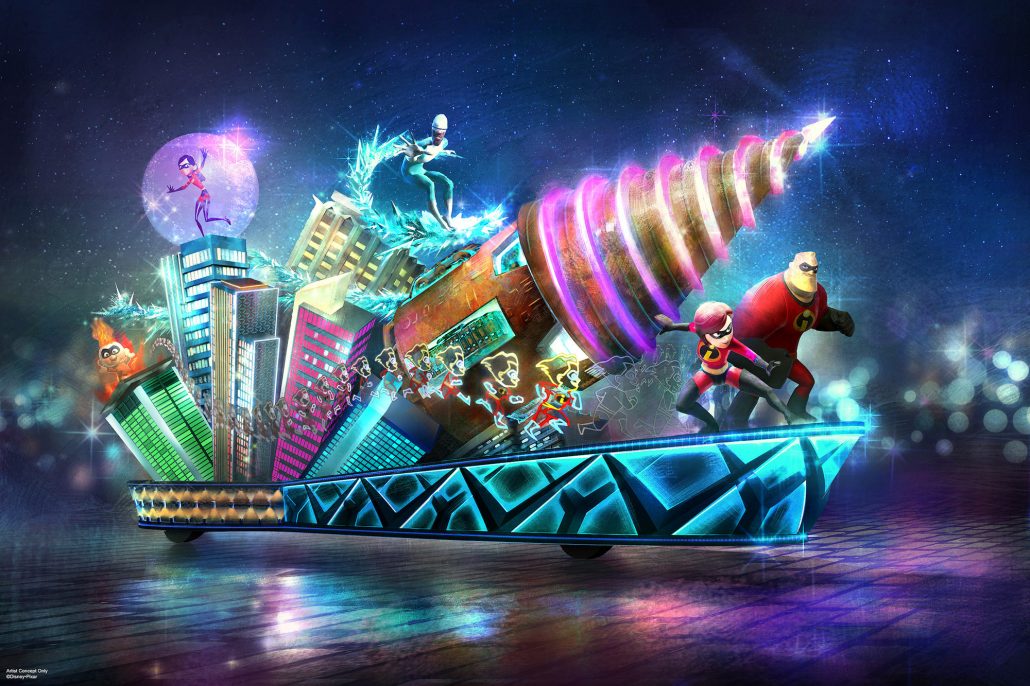 Joining “Paint the Night” on June 23, 2018 is a new float inspired by Disney•Pixar’s “The Incredibles” and “Incredibles 2.” The Parr family and their pal Frozone will make their debut in this spectacular parade with high-tech, pop-art effects.

Here’s how the fun and excitement of “The Incredibles” will be brought to life:

This super float joins “Paint the Night” this summer during Pixar Fest, the limited-time celebration happening now through Sept. 3, 2018.