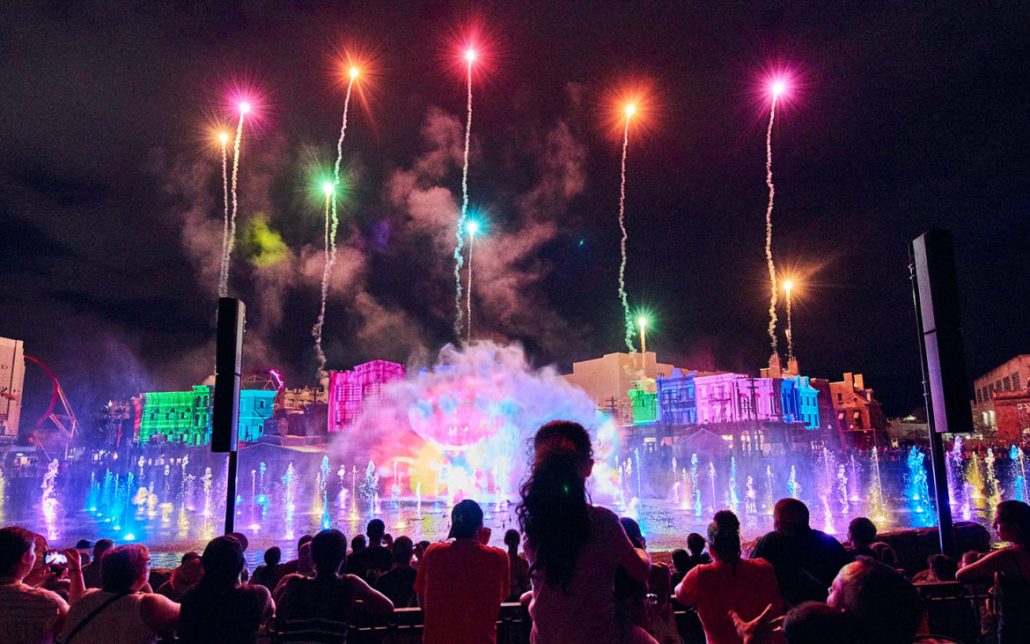 From the Official Universal Blog – The brand-new nighttime lagoon show—Universal Orlando’s Cinematic Celebration is now officially open at Universal Studios Florida. Universal is taking our lagoon show experience to the next level and giving you a great new way to cap off an exciting day in the parks.

You’re going to see thrilling and fun moments inspired by characters from some of your favorite Universal Orlando attractions and blockbuster films come to life in the Universal Studios Florida lagoon. And – you’ll see it all from the all-new, designated viewing area we built specifically for the show.

You’ll witness moments from the Harry Potter film series conjured by way of spells, terrifying roars from Jurassic World dinosaurs, the high-octane action from The Fast & the Furious films, mischief by the Minions from Illumination’s Despicable Me and so much more.