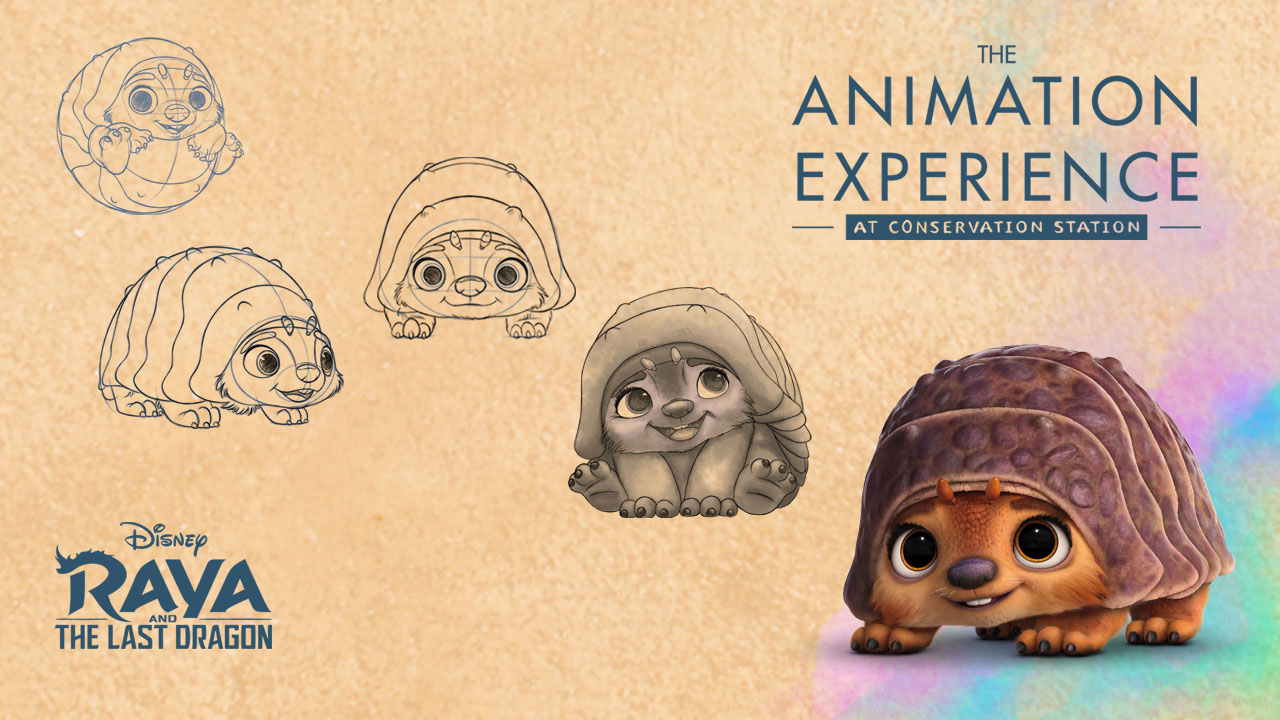 Soon there will be a whole new way to experience Walt Disney Animation Studios’ all-new ‘Raya and the Last Dragon’ at Disney’s Animal Kingdom Theme Park.

Continuing the legacy Walt Disney started with “Bambi,” animals have been an integral part of Disney storytelling and continue to inspire the development of new, beloved characters. The Animation Experience at Conservation Station offers guests the chance to learn to draw Disney characters inspired by the animals they may also see in the park.

And beginning February 22, learn to draw new characters from “Raya and the Last Dragon,” including Raya’s faithful companion Tuk Tuk.

Part-pill bug, part-pug, part-high speed off-road vehicle and all adorable, Tuk Tuk has been Raya’s best friend since she could hold him in the palm of her hand. As part of the experience, Guests will see a behind-the-scenes look at the inspiration for Tuk Tuk shared by Kelly Marie Tran (voice of Raya) and Awkwafina (voice of Sisu).

Also, at Discovery Island Stage, artists will be working on a 40-ton sand sculpture celebrating the new film. The display will feature Raya, Tuk Tuk, Sisu the last dragon and the Ongi, all set in the fantasy world of Kumandra. It takes a team of two talented artists over 24 hours to build and carve the display made entirely from sand. Guests will have the opportunity to watch the artisans at work February 19 through 21 and the carving will remain on display at Disney’s Animal Kingdom for a limited time through the end of March.

Experience the fantastical world of Kumandra in these two brand new offerings coming to Disney’s Animal Kingdom, and take a look at the latest trailer for “Raya and the Last Dragon.”

Disney’s Raya and the Last Dragon will be released simultaneously in theaters and on Disney+ with Premier Access March 5. Additional Fee Required.