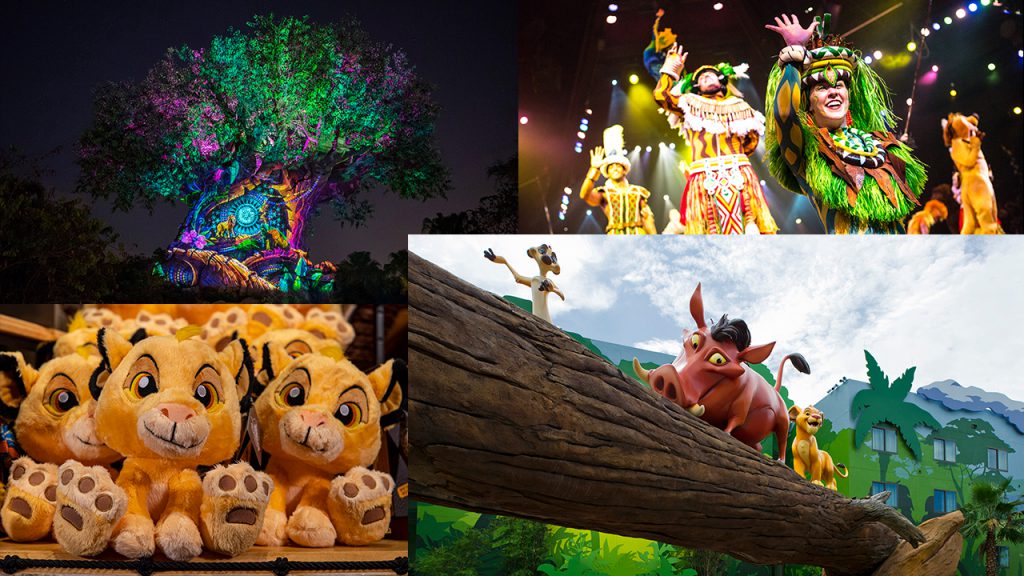 Millions of theatergoers experienced the wonder of Disney’s “The Lion King” on its opening weekend. And while the film set soaring box office records, Guests have been loving “The Lion King” – and following the heartfelt adventure of Simba and his friends – since the animated version debuted in 1994. But did you know there are many ways that you can join in on all the Hakuna Matata fun at Walt Disney World® Resort?

Here’s a round up of some of our favorite Disney’s “The Lion King”-inspired experiences you can enjoy at the Walt Disney World Resort today.

1. “Festival of the Lion King” at Disney’s Animal Kingdom® Theme Park – This live stage show celebrates the Circle of Life with Simba, Pumba, Timon and friends, and is a hands-down Guest favorite. The show features live music, dancing, tumbling, fire knife performances, and aerial artists in a show that becomes a vacation highlight for many.

3. “The Lion King” Scene in the Nightly Tree of Life Awakenings – The Tree of Life awakens each evening with a new story inspired by “The Lion King,” told through beautiful projections, music and animation that pay tribute to the classic film.

4. “Hakuna Matata Time Dance Party” – The Discovery Island Stage is the place to be to celebrate “The Lion King” with Rafiki and Timon.

7. Listen to the Playlist – Guests can take home and stream the sounds of Disney’s “The Lion King” along with their favorite Park attractions with the official Disney’s Animal Kingdom playlist now on Apple Music®. Apple Music® subscribers will be able to add this festive playlist directly to their Apple Music® library and new users can sign up for a free three-month trial** through the app and listen to the playlists in full. *Trial or Subscription Required / **Plan automatically renews after trial