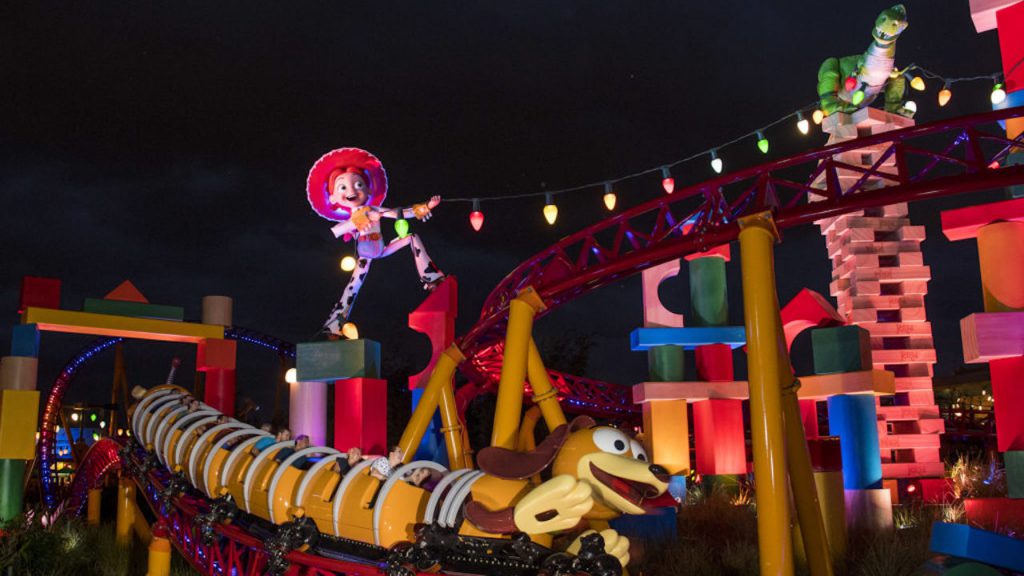 The countdown has begun!   Disney is less than one week away from kicking off the first of two exciting celebration nights at Disney’s Hollywood Studios® followed by even more  Disney After Hours dates at the park.  And today, we’re sharing more details about each special experience and a new video on what you can expect during a Disney After Hours night at Disney’s Hollywood Studios.

On May 1 at Disney’s Hollywood Studios, we’re celebrating three decades worth of movie magic and super heroic action with the celebration of the park’s 30th anniversary.  At the event, you will be able to meet Disney and Disney•Pixar pals and Star Wars favorites for special photo opportunities.  You’ll also experience little to no-wait on park favorites, including The Twilight Zone Tower of Terror, Rock ‘n’ Roller Coaster Starring Aerosmith, Toy Story Land attractions and more.

There will also be a special encore performance of “Wonderful World of Animation” taking place exclusively for event attendees.  And special 30th anniversary merchandise will be available for purchase on May 1 as well as a slew of special anniversary food & beverage items, including Kylo Ren Cupcakes, Incredibles Macarons, Tres Leches Verrine and many more.

On May 4,  Star Wars fans of all ages won’t want to miss this year’s celebration of May the Fourth at Disney’s Hollywood Studios.   During the night, you will have the opportunity to encounter Chewbacca with Rey, Kylo Ren with Captain Phasma and more at the park!  There will also be themed merchandise and special treats available for purchase.

Following our special celebration nights at Disney’s Hollywood Studios, there are several added Disney After Hours event dates you should know about.   If you aren’t familiar with Disney After Hours events, they are your opportunity to experience the magic of a Disney theme park for three hours after regular park hours, with limited attendance, which means little-to-no wait for attractions, experiences and character greetings.

Here’s a list of upcoming Disney After Hours dates for Disney’s Hollywood Studios:

All Disney After Hours event tickets cost $125 + tax for advance purchase and $129 + tax for day-of purchases.

Q.What is the best way to dress for a visit to the parks?

A. We suggest you dress comfortably, wear good walking shoes and check the local weather report before you leave for the parks at Walt Disney World Resort.

Proper attire, including shoes and shirts, must be worn at all times. The parks are a casual, family-oriented environment. Ensuring that the parks are family friendly is an important part of the Disney experience. In that spirit, we ask you to use your discretion and common sense.

Inappropriate Attire
Attire that is not appropriate for the parks—and which may result in refusal of admittance—includes but is not limited to:

While we encourage creativity, we also value safety and good judgment. If you’re planning to attend these special events, take a moment to read over our latest rules and regulations:

For Guests ages 13 and under:

For Guests ages 14 and older: