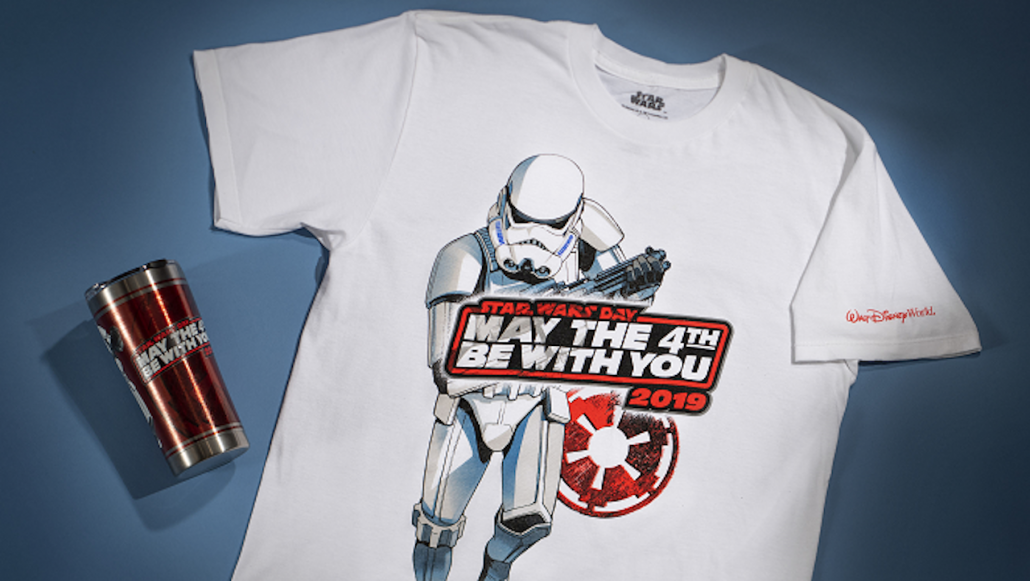 Here is a look at exclusive Star Wars merchandise and a few of the out-of-this-galaxy park experiences to celebrate May the 4th at Walt Disney World® Resort.

During the annual fan-proclaimed “Star Wars Day,” we’re releasing several new items, including a Star Wars T-shirt, drink ware and several pins.  The special themed merchandise will be available on May 4 at Disney’s Hollywood Studios at Tatooine, Launch Bay and Mickey’s of Hollywood and at Disney Springs® at Star Wars Galactic Outpost and Star Wars Trading Post.  Merchandise available while supplies last.

Also, tickets are now on sale for a special Disney After Hours celebration of May the 4th at Disney’s Hollywood Studios.  If you aren’t familiar with Disney After Hours events, they’re a great opportunity to experience the magic of a Disney theme park for three hours after regular park hours, with limited attendance, which means little-to-no wait for attractions, experiences and character greetings.

On May 4, 2019,  you’ll have the opportunity to encounter Chewbacca with Rey, Kylo Ren with Captain Phasma and more at the park during Disney After Hours! There will also be themed merchandise and special treats available for purchase. Your can grab Disney After Hours tickets for May the 4th right now.   *Be sure your costume fits within the park guidelines.

On May the 4th, is a great day to ride Star Tours – The Adventures Continue at Disney’s Hollywood Studios and enjoy other Star Wars experiences, including: