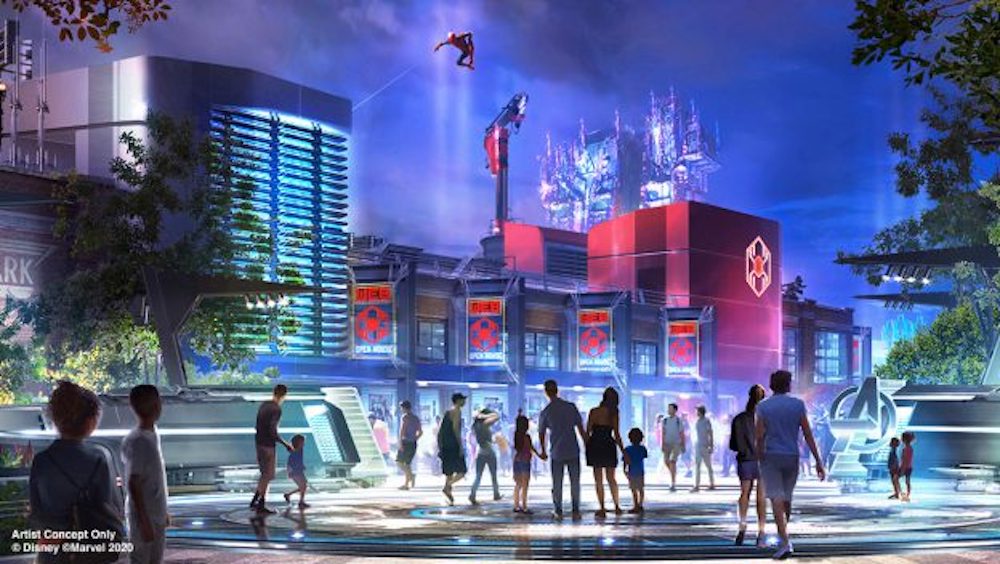 As revealed at D23 Expo this past summer, Imagineers are hard at work to bring to life an amazing new experience with Spider-Man at Avengers Campus coming to Disney California Adventure® Park this summer! When you  visit Disney California Adventure Park in the near future, you may be able to catch a glimpse of the friendly neighborhood Spider-Man himself swinging above the rooftops of Avengers Campus.

Check out this video of Spider-Man practicing some of his amazing acrobatic feats at a top secret location:

Guests visiting Disney California Adventure Park prior to the opening of the Avengers Campus this summer can still encounter Spider-Man daily in Hollywood Land between his visits to Avengers Campus. As previously announced, Spider-Man can be seen in his exclusive, new suit designed by Ryan Meinerding, Head of Visual Development at Marvel Studios.

When Avengers Campus opens this summer, you will be recruited to become the next generation of Super Heroes. The campus will be home to a variety of new experiences giving you the chance to feel the power, adventure and exhilaration of teaming up with some of their favorite Super Heroes including: