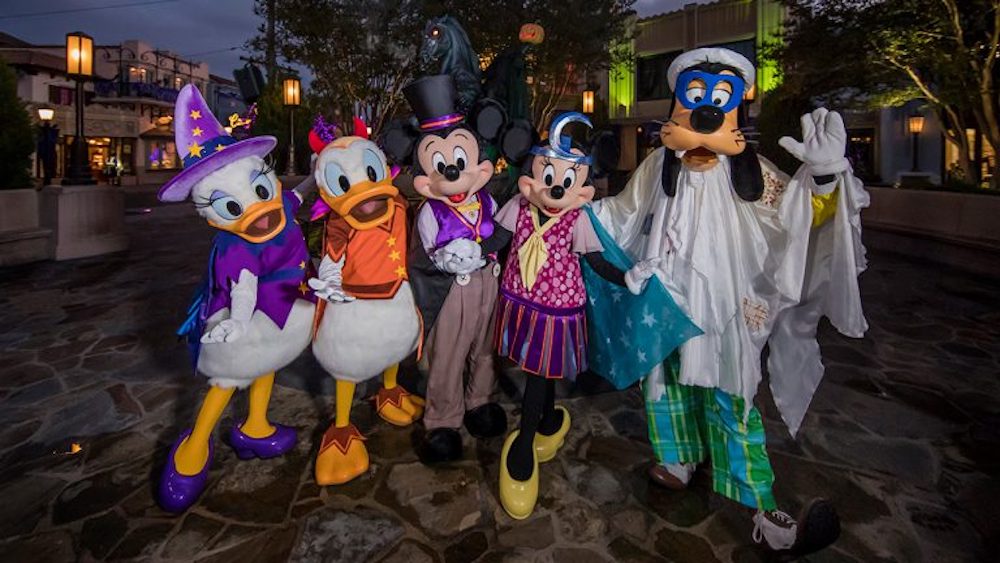 Halloween Time at the Disneyland® Resort brings Guests of all ages under its spell, with spook-tacular experiences themed especially for the season from Sept. 6 through Oct. 31, 2019. Halloween magic will enchant at both Disneyland Park and Disney California Adventure Park as favorite experiences are transformed into dreadful delights. With seasonal attraction overlays, Halloween-themed décor and food and beverage offerings, plus encounters with dastardly Disney villains, happy haunts seem to materialize around every corner!

You can enjoy Halloween fun at Disneyland Park, where you will see beautiful décor on Main Street, U.S.A., including a giant Mickey Mouse jack-o’-lantern and Pumpkin Festival. Haunted Mansion, which celebrates its 50th anniversary this summer, transforms into its annual holiday theme – Haunted Mansion Holiday – inspired by the Walt Disney Pictures classic “Tim Burton’s The Nightmare Before Christmas.” And for the first time in nearly a decade, all Guests visiting Disneyland will get to enjoy a version of the supernatural projection and special effects show – “Halloween Screams.” This nighttime spectacular adds to the spooky fun on most nights of the season. On select nights, “Halloween Screams” will go sky high when the show is enhanced with the addition of fireworks

Oogie Boogie will once again take over Disney California Adventure Park with stylish Halloween decor along Buena Vista Street and this year, new Halloween magic on the façade of Carthay Circle will feature bats swarming around. You may also encounter a 10-foot-tall statue of the Headless Horseman holding his jack-o-lantern head to the sky on Buena Vista Street. Cars Land will celebrate Haul-O-Ween as Radiator Springs turns into Radiator Screams! For the occasion, Mater’s Junkyard Jamboree will transform into Mater’s Graveyard JamBOOree while Luigi’s Rollickin’ Roadsters changes into Luigi’s Honkin’ Haul-O-Ween. In Hollywood Land, Guardians of the Galaxy – Mission: BREAKOUT! will transform nightly into Guardians of the Galaxy – Monsters After Dark.