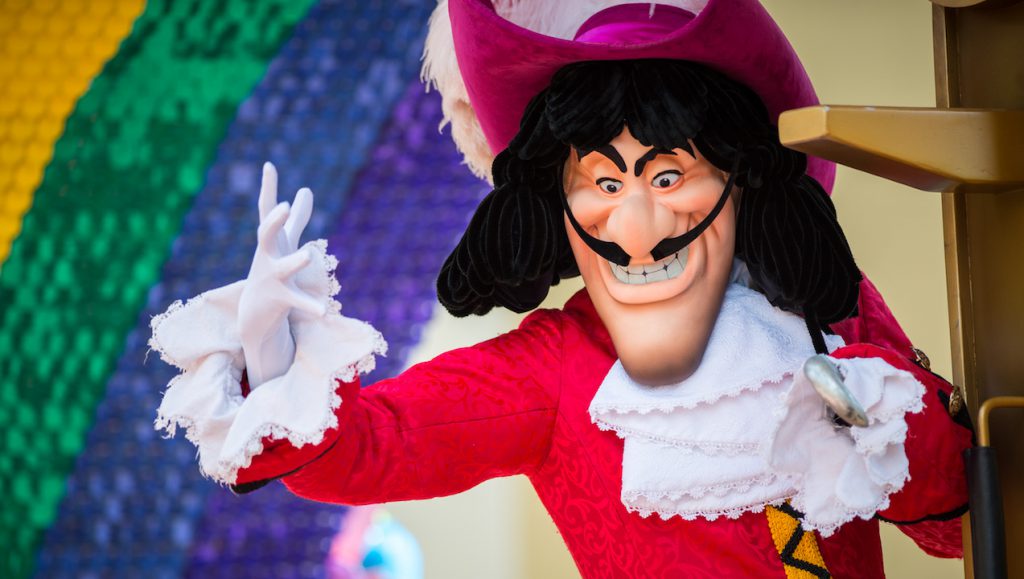 Ahoy, mateys! It’s International Talk Like A Pirate Day, and Disney is thrilled to take your experiences to new heights aboard Walt Disney World Resort’s newest treasure, Disney Skyliner– and to share this bird’s eye look at the brand-new pirate-themed cabin that will set sail when the new complimentary transportation systems takes to the skies on Sept. 29, 2019.

But the skies are truly just the beginning!  From transportation to attractions and entertainment, here’s a look at how you can live your best pirate life all across the Walt Disney World Resort.

You can embark on the Walt Disney World Resort’s newest voyage for passengers–Disney Skyliner. You can enjoy breathtaking views and cool breezes as you serenely travel to and from Epcot®, Disney’s Hollywood Studios® and four resort hotels on a pirate-themed gondola.

Younger scallywags 4 to 12 can fearlessly channel their inner pirate on water with Pirate Adventure Cruises, which feature fun activities like donning bandanas and treasure hunting like true pirates. You can book this by calling 407-WDW-PLAY.

Seasoned sailors and dessert lovers can set their sights on The Pirates & Pals Fireworks Dessert Voyage. They’ll enjoy a boat ride starting from Disney’s Contemporary Resort offering those aboard a treasure trove of delicious dessert options, perfect for snacking on before meeting Captain Hook and Mr. Smee.

What better way to live the pirate’s life than experiencing swashbuckling attractions filled with adventure? Youcan pretend you’re a Lost Boy or one of Captain Hook’s crew on Peter Pan’s Flight in Fantasyland, where you climb aboard a gentle pirate galleon and set sail across the sky to Never Land.

If you’re hungry for more action, you can embark on a thrilling adventure on Pirates of the Caribbean in Adventureland, which features a lively Halloween overlay exclusively offered during nights of Mickey’s Not-So-Scary Halloween Party. And while preparing for their adventure, Guests can gather their crew to play an in-queue attraction-themed game on the free Play Disney Parks app!

Those interested in nighttime family-friendly frights can shake hands with the most fearless pirate in the Caribbean, Captain Jack Sparrow, in Adventureland exclusively offered during nights of Mickey’s Not-So-Scary Halloween Party – or catch Jack sparring with Captain Barbossa aboard their moving ship during the “Boo-To-You Halloween Parade.”

Check Into The Captain’s Quarters

Walk the plank straight to your comfortable pirate-themed quarters at Disney’s Caribbean Beach Resort to relax and recuperate from a thrilling day in the life of a pirate.

For buccaneers 4 to 12 with more energy to burn, Disney’s Beach Club Resort offers a fun and safe evening of mischief with a pirate’s feast included. Because after a full day of pirate living, everyone can use a little treasured rest and relaxation!