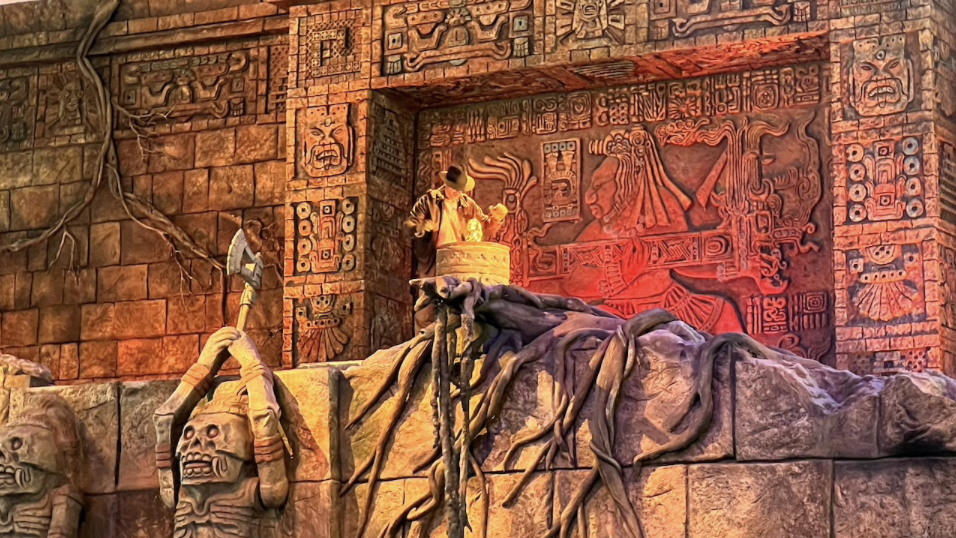 Are you ready for that edge-of-your-seat suspenseful feeling you’ve come to love at Disney’s Hollywood Studios? Well, get your hats and sense of adventure ready, because the SPECTACULAR return of Indiana Jones to Walt Disney World Resort is just days away … and I can’t wait!

Growing up, my favorite film was “Raiders of the Lost Ark” (I watched wearing the hat, whip and all!), so it’s no surprise that THIS cast member is just as thrilled as all of the cast and crew of “Indiana Jones Epic Stunt Spectacular” to welcome the iconic show home once again. The cast has been rehearsing for weeks—stretching, jumping and tumbling as they prepare for their epic return to the stage. One of my favorite parts of “Indiana Jones Epic Stunt Spectacular” is the tumbling sequence in the market … it may look simple to the audience, but it is truly a work of art as every somersault, handspring and backflip is skillfully choreographed with detail and precision.

While we’ve made a few adjustments to the show, the action-packed adventure of Indy and Marion remains the same. Come Dec. 19, guests will experience firsthand the art of stunt performance as we highlight the performers enacting iconic scenes from “Raiders of the Lost Ark,” now with a special moment to introduce the incredibly talented stunt team as the show gets underway.

This year has been an exciting time at Walt Disney World Resort as we continue to bring back more live entertainment experiences like “Beauty and the Beast – Live on Stage” and “Monsters Inc. Laugh Floor,” as well as adding new offerings such as “Disney KiteTails,” “Harmonious,” and “Disney Enchantment.” “Indiana Jones Epic Stunt Spectacular” originally debuted with the grand opening of the park in 1989, and its reopening is just the right way to celebrate the nostalgia of original-day attractions as part of the 50th Anniversary celebration of Walt Disney World Resort.

I am so ready to give the cast and crew an extra round of applause as we get an inside look at how those highly crafted dangerous leaps, deadly traps and epic battles are performed when this fan-favorite show reopens this Sunday! Get ready for the adventure to begin!