Team Up with the Largest Assembly of Earth’s Mightiest Heroes at Avengers Campus, in Disney California Adventure Park 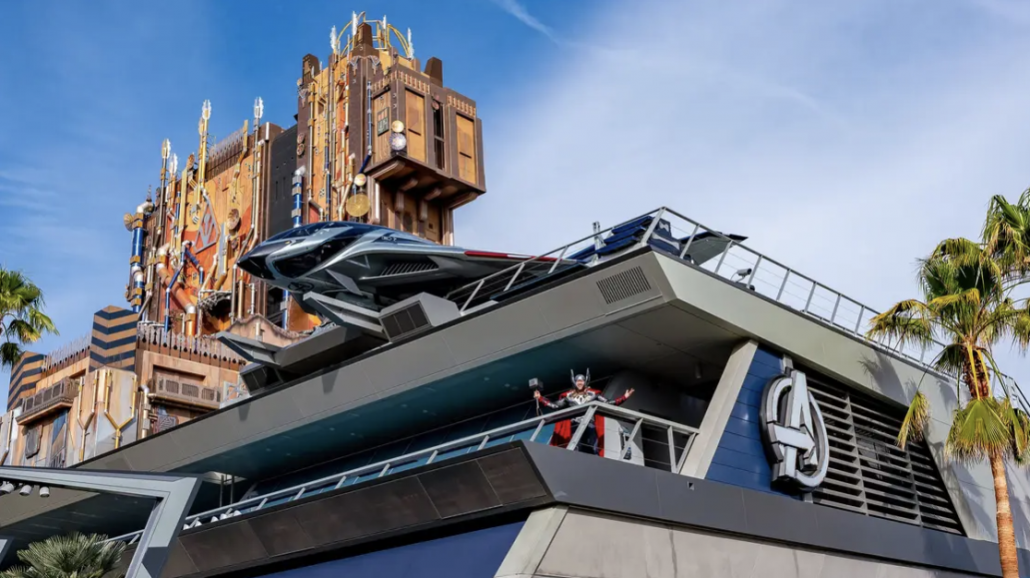 At Avengers Campus, the all-new land inside Disney California Adventure Park, Super Heroes from across time and space have arrived and are dedicated to training the next generation of Super Heroes. Kids and guests of all ages will team up with Earth’s Mightiest Heroes at this new complex and find their power to become a part of a bigger universe, all beginning June 4, 2021, at the Disneyland Resort in Anaheim, California.

Throughout Avengers Campus, Super Heroes come to life in ways that are more exciting than ever. The campus is comprised of several heroic locations, hosted by a Super Hero or an ally, who will share their unique powers, technology and knowledge with recruits. As guests of all ages explore the campus, they will discover the hero within themselves as they experience a series of immersive heroic encounters, cosmic wonders and unexpected events that place them in the center of the action. 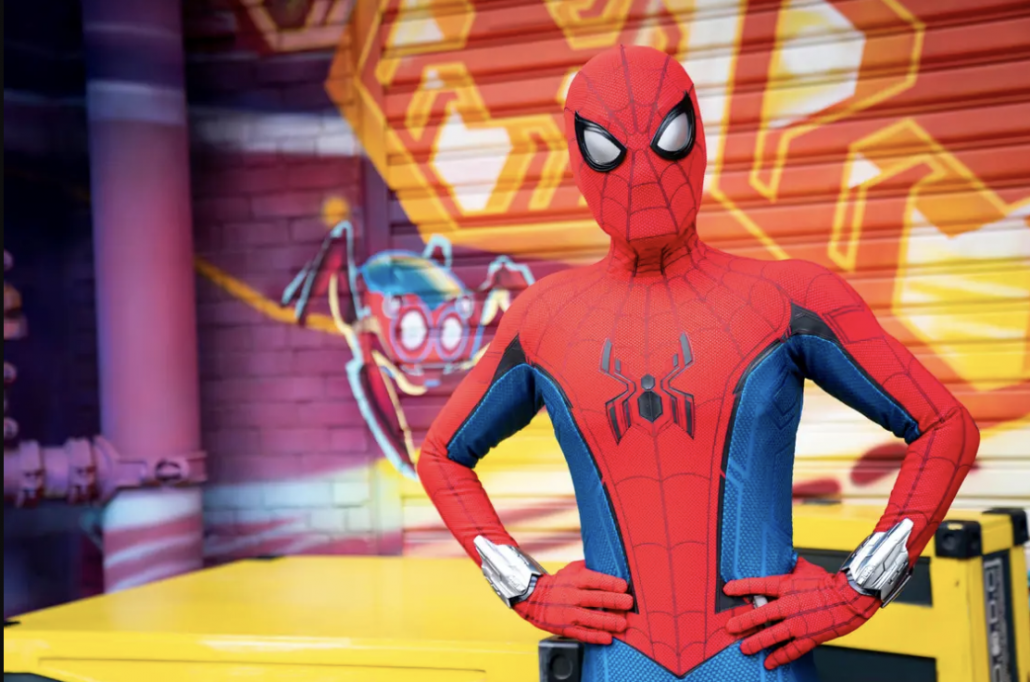 Throughout the day, recruits have the chance to witness Spider-Man swing into action high above Avengers Campus with gravity-defying, acrobatic feats never before seen in a Disney park. Spider-Man will flip 60 to 65 feet in the air above the rooftop of the WEB building. Following those stunning moves, Spider-Man will swing down off the building to ground level to say hello and inspire the “new recruits” he meets on campus.

Guests may also notice that their friendly neighborhood Spider-Man will be wearing a Disney Parks exclusive WEB Slinger suit.

At the site of Ancient Sanctum, deep in the heart of Avengers Campus, guests may encounter the Master of Mystic Arts himself, Doctor Strange. From time to time, Doctor Strange steps forth through an inter-dimensional portal to engage guests with illusions, sorcery and tales to astonish from his collection of mysterious relics. He may even bring other heroes as he opens the portals, from time to time. At night, the Ancient Sanctum glows even more vividly with majestic colors and lights, pulsating with mystic energy. 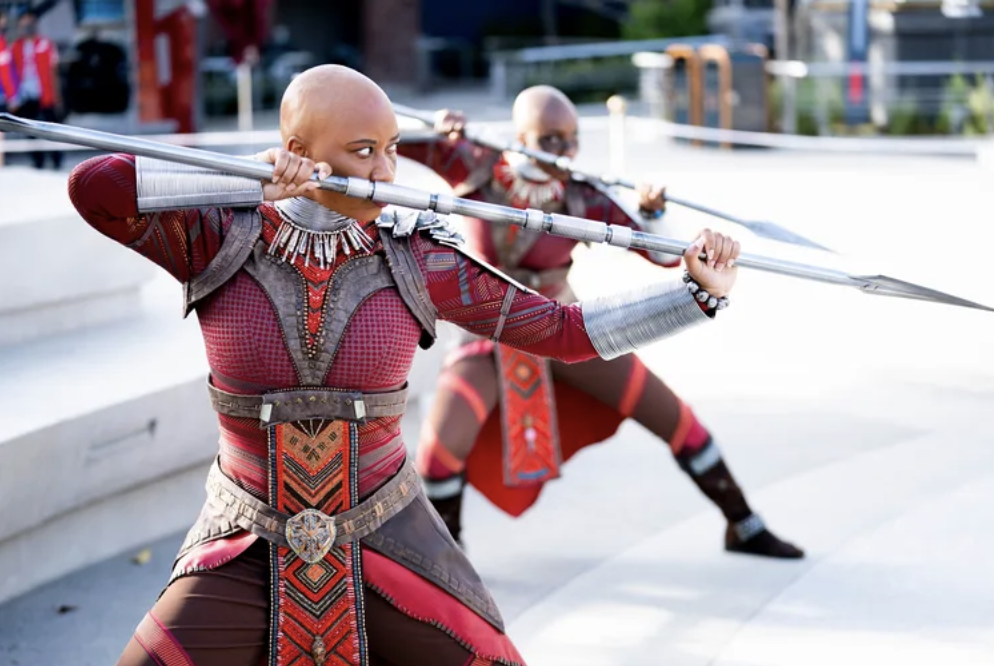 The Warriors of Wakanda: The Disciplines of the Dora Milaje

Recruits at Avengers Campus are invited to join Black Panther’s loyal bodyguards, the Dora Milaje, in training sessions in the courtyard near Avengers Headquarters. Here, they may learn wisdom from Wakanda and participate in a series of strength and skill exercises.

Okoye, the leader of the Dora Milaje, debuts for the first time in a Disney park at Avengers Campus, as she leads this training encounter. 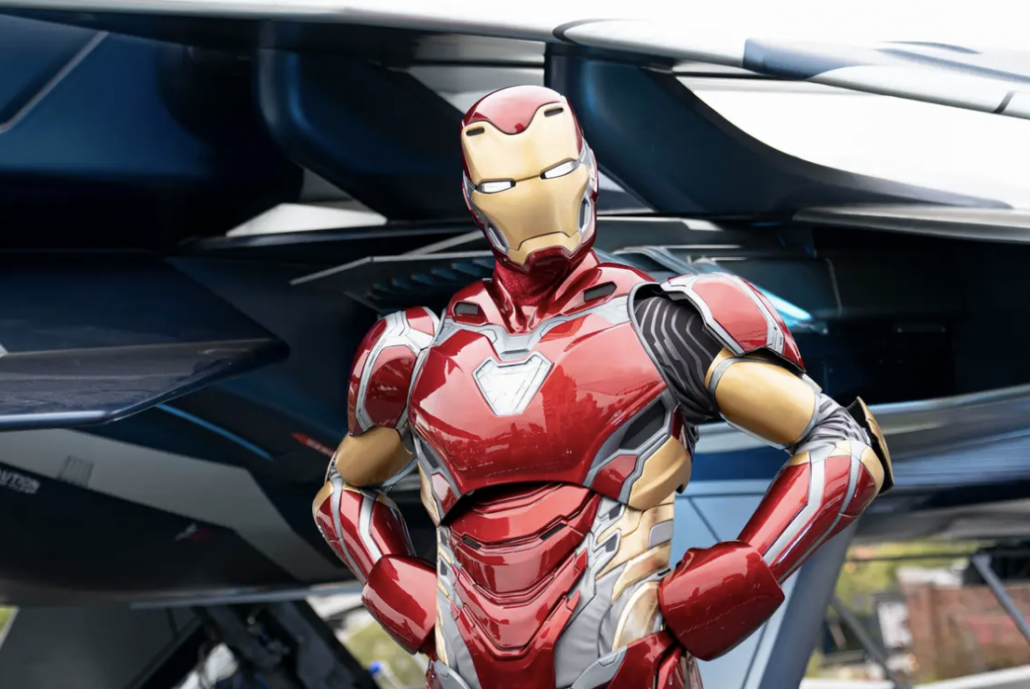 Iron Man can be seen in Avengers Campus, as it was Tony Stark himself that offered up the site for this new place to recruit and train the next generation of heroes. In front of Avengers Headquarters, Iron Man proudly welcomes the recruits in a memorable, heroic encounter.

At Avengers Campus, Iron Man is seen showcasing his newest armor, the Mark 80, which is a Disney Parks exclusive design. 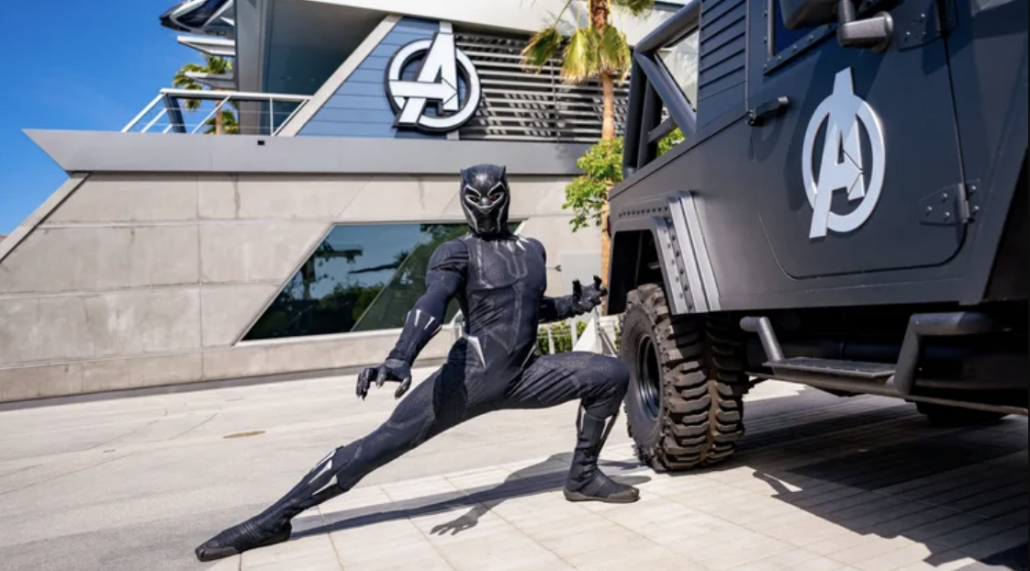 But it’s not only Super Heroes that guests will find in the land. The villainous Taskmaster, who will have a role in the upcoming film, “Black Widow,” will be seen for the first time at a Disney park at Avengers Campus. Taskmaster’s abilities include photographic reflexes, easily replicating a Super Heroes’ moves and fighting style, making this new villain a balanced foe for the Campus heroes. “Black Widow” will release simultaneously in theaters and on Disney+ with Premier Access for a one time additional fee on July 9.

When guests least expect it, Taskmaster and a gang of mercenaries may show up at Avengers Campus, looking to break into Avengers Headquarters and get their hands on something valuable. Out of nowhere, Earth’s Mightiest Heroes arrive to save the day. Guests may see Black Widow, Black Panther or Captain America spring into action, heading off the threat from these foes. 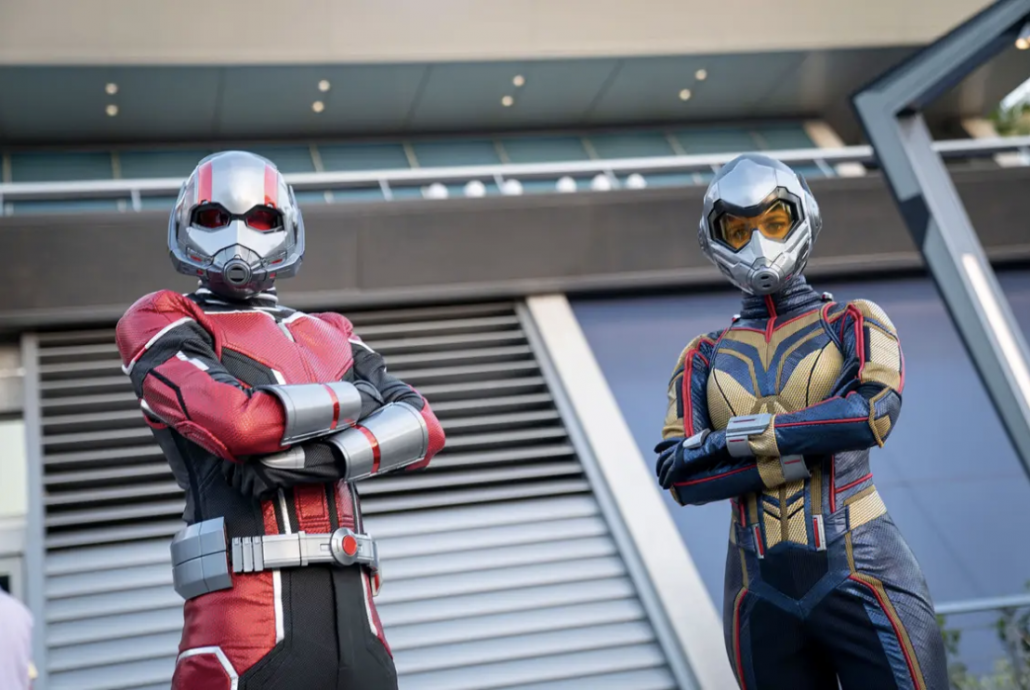 As things return to normal outside of Avengers Headquarters, guests may find additional heroes (and possibly even some foes) greeting recruits or engaging in missions of their own. Some of these characters may include:

Guests may learn more about Avengers Campus at Disneyland.com/AvengersCampus.